Although the familiarity of Edvard Grieg’s Piano Concerto in A Minor is unlikely to breed contempt, as the saying goes, a run-of-the-mill performance will prompt a few yawns at the very least. Fortunately, guest pianist Gabriela Martinez had a master plan for her account of the Grieg concerto that included bold accelerandos in the bravura solo sections and gracefully nuanced rubatos in the peaceful interludes. 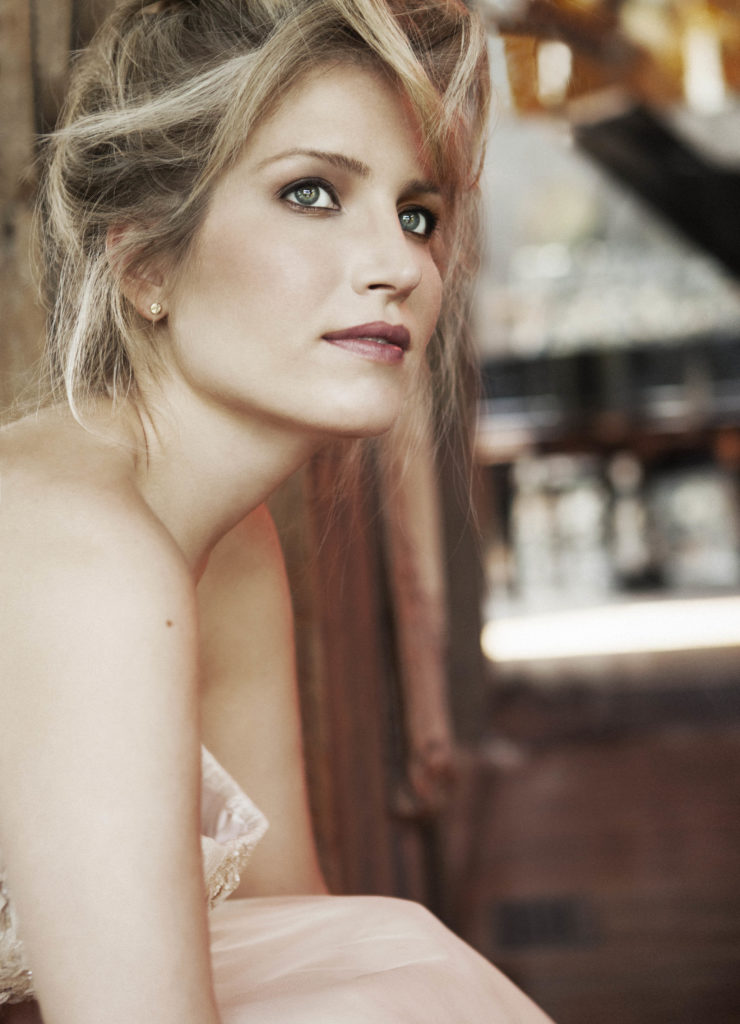 In her impressive San Diego debut, the young, elegantly confident Venezuelan Martinez crafted a fresh, invigorating interpretation of the concerto that kept the Rady Shell at Jacobs Park audience on the edge of their seats. Her technical prowess—no surprise from a musician who won First Prize in the 2003 Anton Rubinstein International Competition and was a semifinalist in the Van Cliburn Competition two years later—propelled her soaring cadenzas and facilitated he pellucid articulation of the work’s vibrant declamatory themes. But of equal importance was her discerning, deft phrasing throughout.

Under the assured baton of guest conductor Ruth Reinhardt, the San Diego Symphony complemented Martinez’s sophisticated interpretation with an impassioned, yet polished performance. The string sections sounded unusually burnished and inviting in their long introduction to the slow middle movement, and with Martinez they wove a captivating magical spell. Reinhardt’s insightful selection of tempos aptly balanced drama with finesse.

Not that long ago, no summer pops season was complete without a performance of Nikolai Rimsky-Korsakov’s popular tone poem Scheherazade, and true to form, the final concert of the Symphony’s 2021 summer season at The Rady Shell did feature Scheherazade’s fourth movement. But according to my review catalogue in SanDiegoStory, it has been a long time since we have heard the complete Scheherazade, so this account provided welcome programming.

Reinhardt and the musicians confidently delivered the portions of the tone poem that call for full orchestra—the great waves of sound that depict the sea and the bustling pageantry of the festival in Baghdad—but the work’s most memorable phrases were found in the vast array of solos that involved nearly every first-chair player.

As he did in last year’s Scheherazade excerpt, Concertmaster Jeff Thayer delivered the story-telling Sultana’s recurring leitmotif with captivating grace, deftly accompanied each time by Principal Harp Julie Smith Phillips. I was equally impressed with Principal Bassoon Valentin Martchev’s tender yet probing solos in the second movement “The Tale of the Prince of Kalendar,” as well as Principal Clarinet Sheryl Renk’s numerous alluring solo flights throughout the tone poem. And I am always amused to observe the big flashy solo assigned to the second trombone, which Logan Chopyk delivered with polished assurance, while Principal Trombone Kyle Covington patiently rested.

Reinhardt opened the concert with Grażnya Bacewicz’s Overture, an energetic essay driven by whirring string figures and punctuated by trumpet fanfares. Written early in her career, the work displays none of the complex and atonal features that define the noted mid-20th Century Polish composer’s more mature compositions, but this Overture proved a welcome contrast to those ubiquitous Rossini Overtures favored by too many conductors.