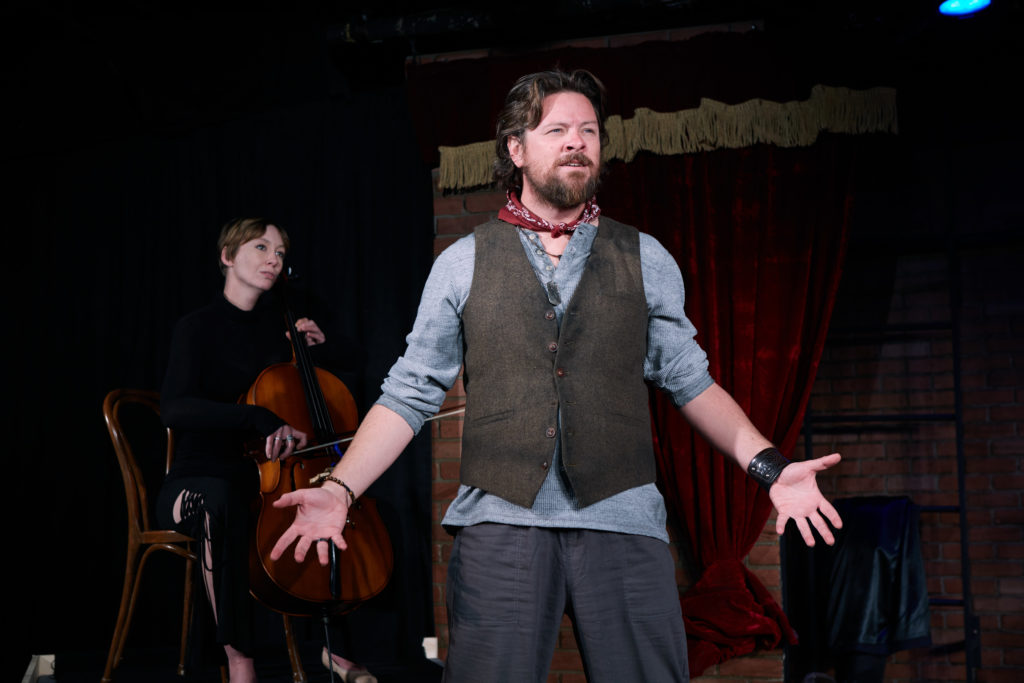 Most of the December virtual theatre offerings from local companies are dedicated to celebrating Christmas. However, an outstanding alternative theatrical piece is North Coast Repertory Theatre’s video production of An Iliad.

Based on Homer’s epic poem, the “Iliad,” a narrator only known as The Poet (Richard Baird) tells the story of two warriors, the mythological Greek war leader of the Myrmidons, Achilles, and a prince and warrior for the Trojan army, Hector. As the Trojan War grows, many soldiers’ lives are cut short.

While epic poetry is hard to adapt to another medium, Lisa Peterson and Denis O’Hare’s script (taking inspiration from Robert Fagles’ translation of Homer’s writing) is written in an easy to digest, contemporary style. Peterson and O’Hare’s storytelling connects with audiences, because of beautifully detailed prose, accessible narration and modern references that are organic to the events dramatized by the playwrights. An essential person who makes the staging work is Artistic Director, David Ellenstein.

Filmed at the Solana Beach theatre, Ellenstein intelligently blocks movements for Baird that contribute to his grand performance, and he subtly incorporates different elements of theatre to enhance the tale. Marty Burnett’s spare set forces theatregoers to focus on Baird, and Phillip Korth‘s props are vividly used, particularly bottles of liquor, symbolizing The Poet’s inner demons.

Just as impactful is Amanda Scharr’s cello playing, which fits with the dark events that occur. There is a rawness to her musicianship that adds to the tense tone. 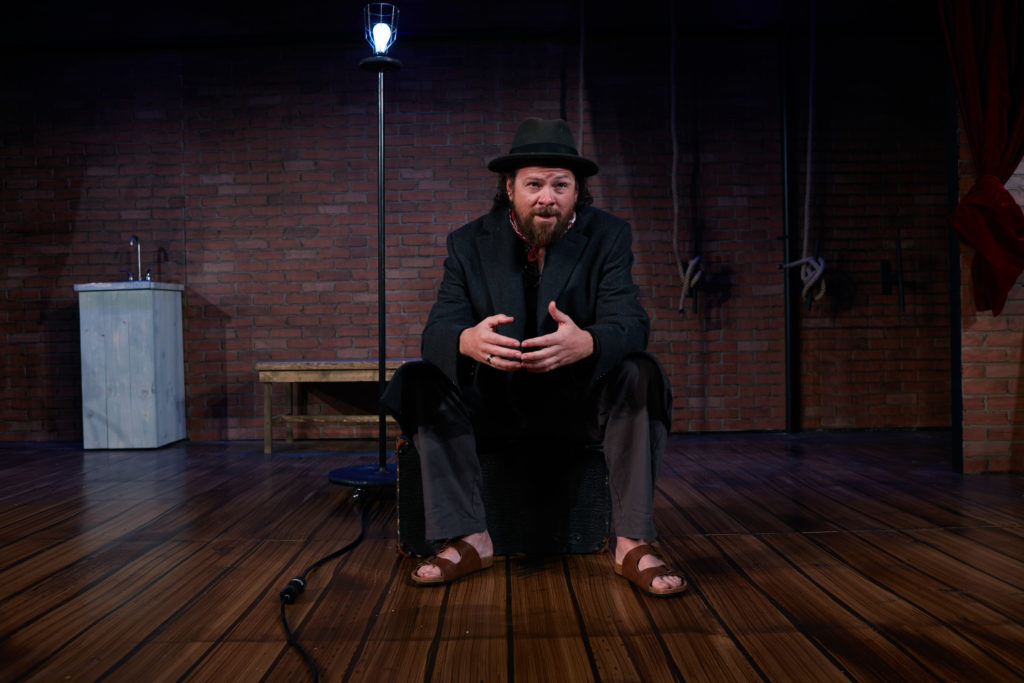 Aaron Rumley’s cinematography and editing are first-rate, and he knows the perfect moments when to showcase Baird, and when to focus on the space surrounding the actor. His use of close ups is effective, and never get repetitive.

Depicting multiple characters, Baird is wonderful in every role. He is generally eloquent and charismatic as The Poet, animalistic as Achilles and methodical and human as Hector. Baird also handles the humor from Peterson and O’Hare very well, which helps balance moments of great sadness.

The narrative is an antiwar one, portraying battle as brutal, cruel and depressing. Peterson and O’Hare’s choice not to glorify combat results in scenes that are shockingly impactful.

An Iliad is a must-see rendition, largely because of Baird’s tremendous performance and the work of the crew. If you are someone who fears that this will be a dry retelling of an epic poem, you are likely going to be blown away by what Ellenstein and the playwrights have accomplished.

An Iliad is available for viewing through January 3.