Sunday afternoon at The Conrad in downtown La Jolla, a baker’s dozen of rising opera stars offered their best arias in Aria Gala, the opening salvo of this year’s Opera Neo Summer Festival. From familiar chestnuts such as Figaro’s “Largo al factotum” from The Barber of Seville and Gilda’s “Caro nome” from Verdi’s Rigoletto to lesser known excerpts— “Tarquinius does not wait” from Britten’s The Rape of Lucretia and “After You Hear Me Out” from Tom Cipullo’s Glory Denied—the audience was treated to a satisfying range of styles and approaches. 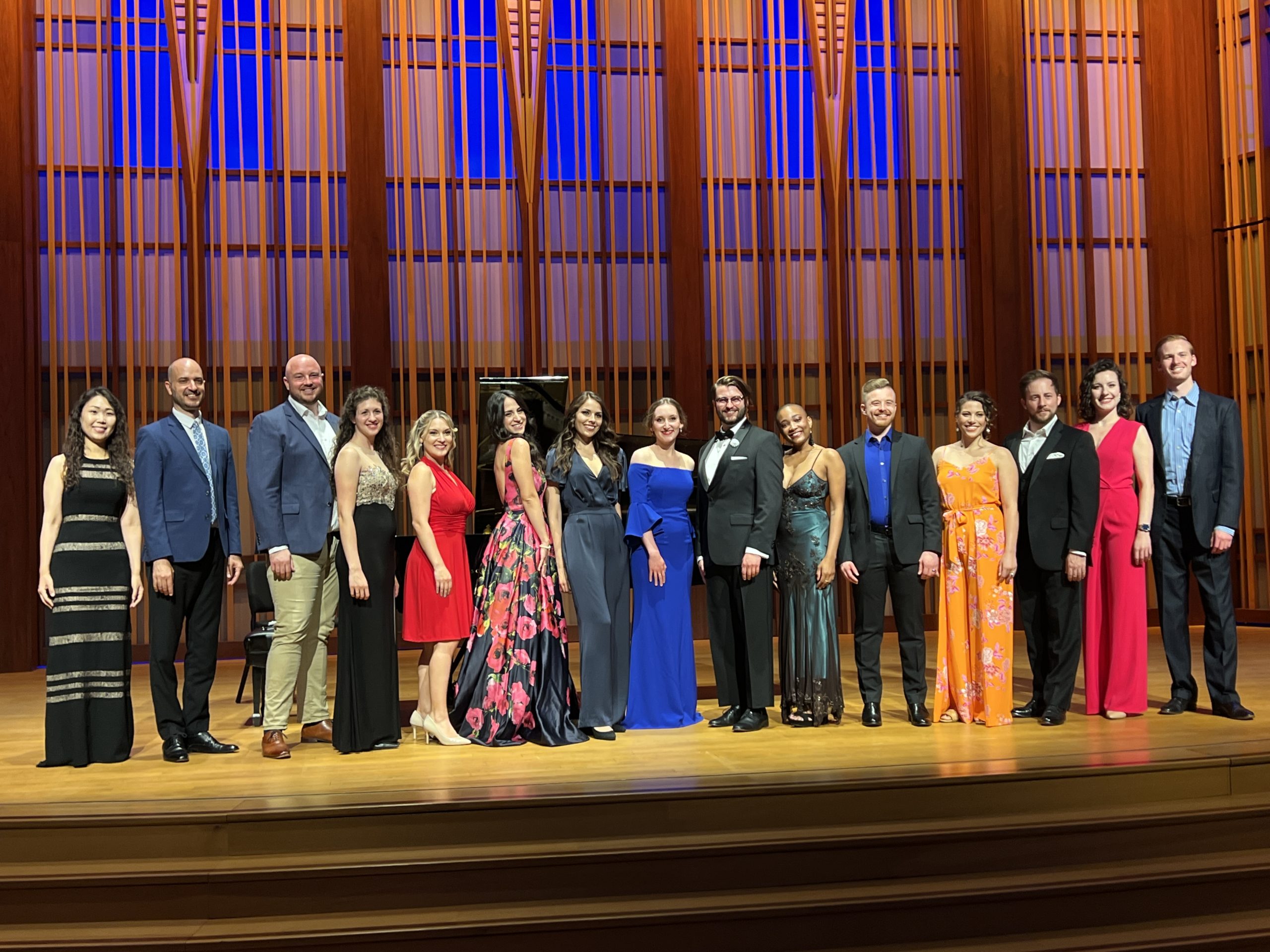 I admired the drive of Emily-Margaret Ceres’ “Da tempeste il legno infranto,” Cleopatra’s furious aria from the third act of Handel’s Giulio Cesare, but a bit more polish would help those phrases that soar into her vocal stratosphere. Jade Dashá’s shapely, well-supported vocal line helped communicate the complex emotions of “After You Hear Me Out” from Cipullo’s recent opera Glory Denied, the story of an American Vietnam War POW’s complicated return after years of captivity.

Baritone Kyle White, tenor Eric Laine, and mezzo-soprano Anna Trombetta also proved their mettle in the Budapest La finta giardiniera production. White’s colorful, resonant baritone easily filled The Conrad, and his jocular account of “Largo al factotum” did not at all diminish his command of the aria that is recognized far beyond the staid confines of the opera house. Kudos to Eric Laine for projecting the gravitas of Britten’s “Tarquinius does not wait,” skillfully traversing the composer’s acute, angular themes in the opening half and deftly shifting to secure but aptly fiery declamation in the agitated second half. Anna Trombetta’s compelling declamation delivered the requisite command to her stylish “Nobles seigneurs, salut!” from Meyerbeer’s Les Huguenots.

Tenor Brian Skoog offered the program’s sole operetta selection, “Dein ist mein ganzes Herz” from Franz Léhar’s The Land of Smiles.  I admired Skoog’s stylish phrasing, but his modest dynamic range made the aria sound too much like an early Romantic art song.

Pianists Korey Barrett and Kihwa Kim provided spirited and unfailingly well-tailored piano accompaniment to these young vocalists, rendering even the most opaque keyboard reductions of the original orchestra parts with pellucid fidelity.

This concert was presented by Opera Neo on Sunday, July 10, 2022, in the Baker-Baum Concert Hall of The Conrad Prebys Performing Arts Center.