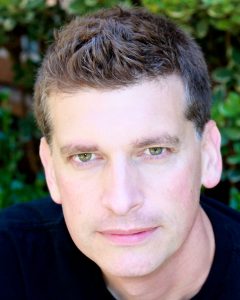 “We selected Partenope because it is the lesser-known comic opera written by Handel, filled with comedic moments that make it a lot of fun,” explained Peter Kozma, the company’s Artistic Director. Handel wrote Partenope in 1730 as part of his attempt to restore the popularity of Italian opera with the London audiences who had deserted his once flourishing opera company in favor John Gay’s clever, satirical English language opera The Beggar’s Opera, which proved to be London’s Hamilton of 1728.

Australian conductor Benjamin Bayl has been signed to conduct Partenope, with the splendid harpsichordist Michael Sponseller, Associate Music Director of the Bach Collegium San Diego, as Assistant Conductor. In the role of Arsace, the Corinthian prince in love with the title character Partenope, Kozma has cast the American countertenor Bryce McClendon.

For the Opera NEO summer orchestra, Kozma explained that Jennifer Morsches would return as Principal Cello, bringing with her the other members of her period string quartet, the Richter Ensemble–violinists Rodolfo Richter and Rebecca Huber and violist David Wish–to play in the festival orchestra and present a chamber concert for the festival.

Since its founding in 2012, the Opera NEO Summer Festival has made its mark by staging rarely performed operas, but along the way Kozma decided that including one familiar work from the standard repertory was good for the mix. This year’s production of Franz Lehár’s The Merry Widow, one of the most popular gems from the Golden Period of Viennese operetta, fills that niche.

“I love The Merry Widow because this classic Viennese-Hungarian operetta is so close to my own cultural upbringing,” said the Hungarian native Kozma, who took his music degrees at Budapest’s noted Franz Liszt Academy and has produced this operetta at Hungary’s Szeged Open-Air Festival. Josh Shaw will direct Opera NEO’s 2018 production of the Lehár favorite, and Kozma will conduct the orchestra.

“Even though Idomeneo is not done as frequently as his three late operas with the Da Ponte librettos, the music of this opera is as deep and probing as Mozart gets, equal to his towering Requiem, the C Minor Mass, and his D Minor Piano Concerto,” Kozma stated. “The opera’s themes include how people react to foreigners, a very current topic, and personal sacrifice for the good of society.”

Kozma will both direct and conduct Idomeneo, and the sculptor and set designer Mark Kanieff will return to Opera NEO to design Idomeneo’s set; Vanessa Stewart will design the costumes.

The Opera NEO Festival will run from August 2 to August 12, 2018, at the Palisades Amphitheater, 6301 Birchwood, San Diego.Working up to the opera productions, the festival will offer its aria marathon in a July 15, 2018, concert and its fashionable opera cabaret on July 27 & 28, 2018.