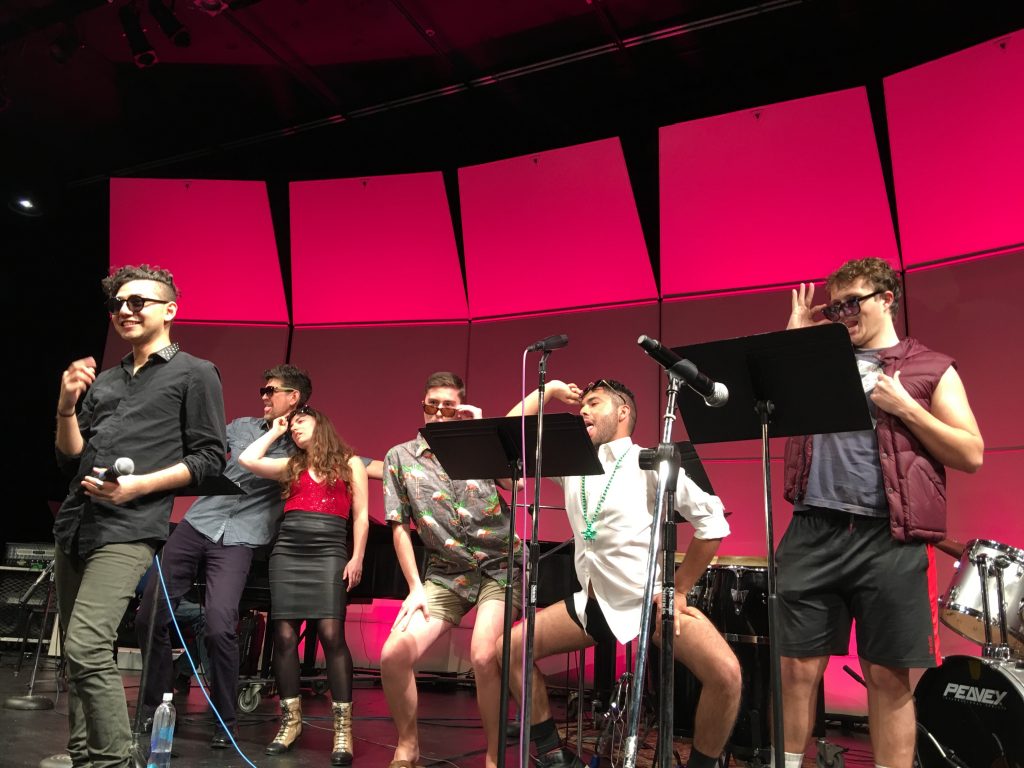 In the ensemble piece “Street Sex,” Waters’ trademark angular, pulsating contrapuntal themes animated a chorus of street people taunting the corrupt and hypocritical mayor of Tijuana, yet the composer crafted lyrical, angst-filled melodic arcs for Francis in his soliloquy “Help You to Live” and in his moving duet “You Said Once You Loved Me” with the opera’s protagonist Selina, a medical attendant with whom Francis had a daughter. Members of the local SD City Opera ensemble ably supplied the chorus to back up Giron in the “Street Sex” excerpt.

As Waters displayed in his 2015 “Suite Noir” for orchestra and soloists, his solo vocal melodies catch the ear with just a hint of heart-tugging cabaret singer’s pathos, a quality that Giron’s rich, gleaming countertenor delivered with unequivocal emotional power. In the role of Selina, Sarah Perez’s dark, creamy contralto matched Giron’s countertenor beautifully. If I listened only to the singers, I could have imagined their duet as a scene from a grand Baroque opera, but then Handel did not have access to either electric guitars or the digital computer sounds Waters used to accompany his singers!

Francis’ angry denunciation of the Tijuana Chief of Police “Corner Room in Hell” struck me as a contemporary “Queen of the Night” Aria, which Giron delivered with the fiery declamation such works require. In his role as librettist, Allan Havis crafted an economical, street-savvy text that aptly balanced his poetic sense with the grit of border town verismo.

Burleson offered his tribute to the late American composer and electronic instrument inventor Raymond Scott in his new work “Powerhouse Passacaglia,” based on Scott’s recording of  “Powerhouse,” a gnarly instrumental piece that Warner Bros. acquired in the 1940s to use as a music sampler for their cartoons. Scored for piano, alto sax, and drum kit, Burleson recreated Scott’s original “Powerhouse” as a stately passacaglia that grows into a festive, muscular jazz melee. Themes were competitively tossed back and forth between Burleson on piano and alto sax virtuoso Rewoldt. And don’t think this organist failed to note Rewoldt’s sneaky interpolation of Bach’s theme from his C Minor Organ Passacaglia into his improvised sax elaborations.

[themify_box style=”shadow” ]This concert by NWEAMO was sponsored by the San Diego State University School of Music and Dance and was performed in the university’s J. Dayton Smith Recital Hall. The NWEAMO 2017 Festival continues in this venue through Sunday, March 19, 2017.[/themify_box]