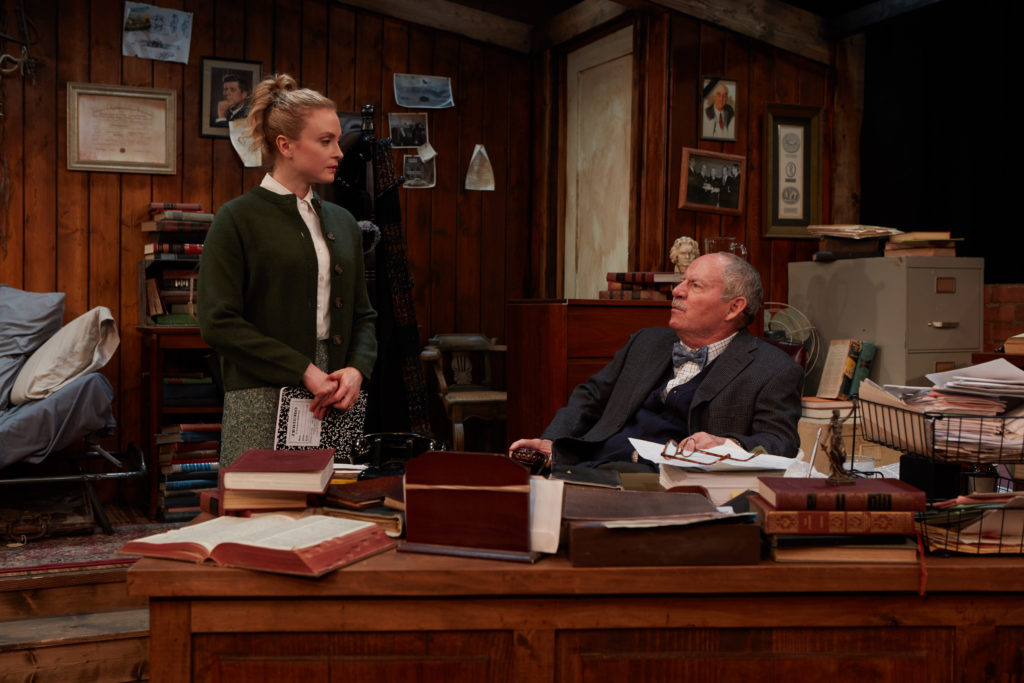 A timeless piece of advice for storytellers is “write what you know.” That legendary quote is evident in Joanna McClelland Glass’ script to the drama presented by North Coast Repertory Theatre, Trying.

Based on the real-life professional relationship between former personal secretary, Glass, and the Attorney General and Chief Judge at Nuremberg, Francis Biddle, Sarah Schorr (Emily Goss) is the playwright’s fictional alter ego.

During Sarah’s first day as Francis’ (James Sutorius) assistant in 1967, he warns her that his difficult behavior made several previous assistants quit. Determined to not let anything break her down, Sarah consistently proves her strength to the elderly judge.

Over time, Sarah and Francis open up to each other, and discuss their personal lives.

Those expecting Glass to go in depth into the long career of Francis might be surprised that her plot is not focused on his accomplishments. Instead, she focuses on the talks between the two seemingly different people.

This is perhaps because Sarah already knew about the highlights of Francis’ career before the two officially meet.

While always engaging, Glass’ script can be tighter in certain scenes. Francis’ observations about death gets repetitive, and a handful of speeches, including a monologue about a pin-up of Evelyn Nesbit, feel unnecessarily lengthy.

Although these moments can slow the pace down, there are plenty of touching sequences shared between Sarah and Francis to keep audiences invested throughout the runtime. One significant reason is due to the casting of Goss and Sutorius.

The stars are both instantly believable as highly intelligent individuals with equally strong personalities. Both performers display plenty of emotion, through dialogue and even from their facial expressions in quieter moments.

Artistic Director, David Ellenstein, focuses his staging on the actors and the deep conversations that Sarah and Francis share. With help from Aaron Rumley’s cinematography and editing for the video presentation, Ellenstein allows the mentor/mentee bond to come across as honest and authentic. 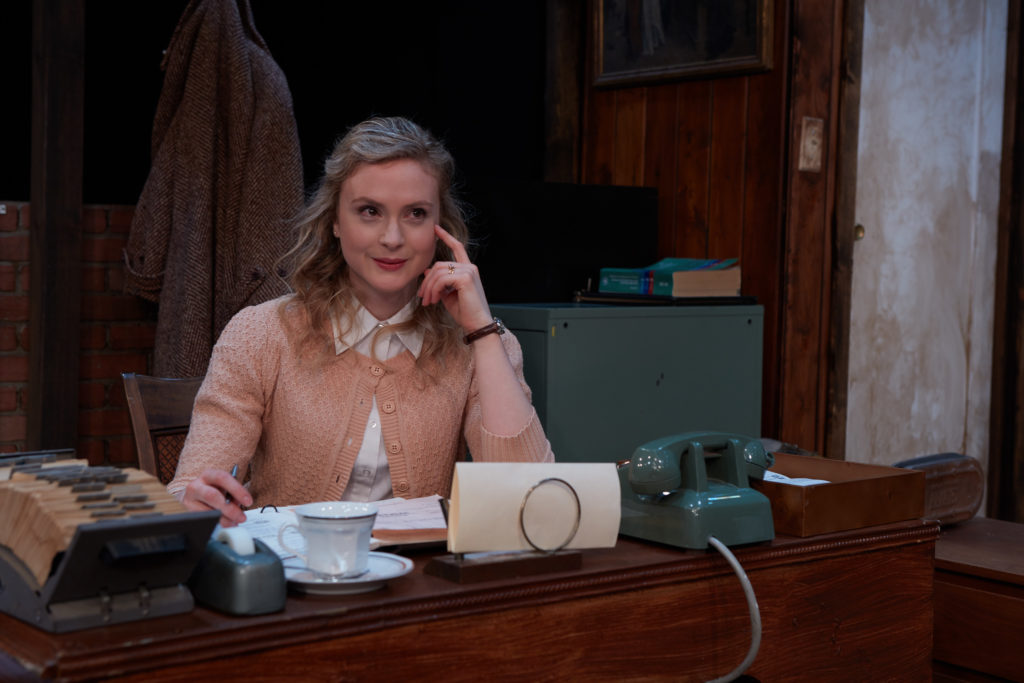 Marty Burnett’s set and Phillip Korth’s props depict the office of a man with a long-standing career. Because of Burnett and Korth, theatregoers can quickly tell they are seeing the room of a person with a rich, full and fascinating past.

Outside of the cast and crew, what is really effective about the narrative is how it can connect with different generations. Younger adults might be reminded about time they spent with their grandparents and other seniors, and they and older viewers will be equally entertained by the stories and words of wisdom that Francis shares.

Less a history lesson than a tale about human connection, Trying is a heartwarming evening. Francis would be honored by his portrayal in Ellenstein’s production of Glass’ show.

Trying is available for viewing through April 18.