When faced with a surfeit of lemons, we are advised to make lemonade. When composer Nicolas Reveles was chafing under the Covid pandemic lockdown, he got busy and wrote a chamber opera about two characters struggling in a parallel situation following a tactical nuclear attack. He calls his opera Aftermath. 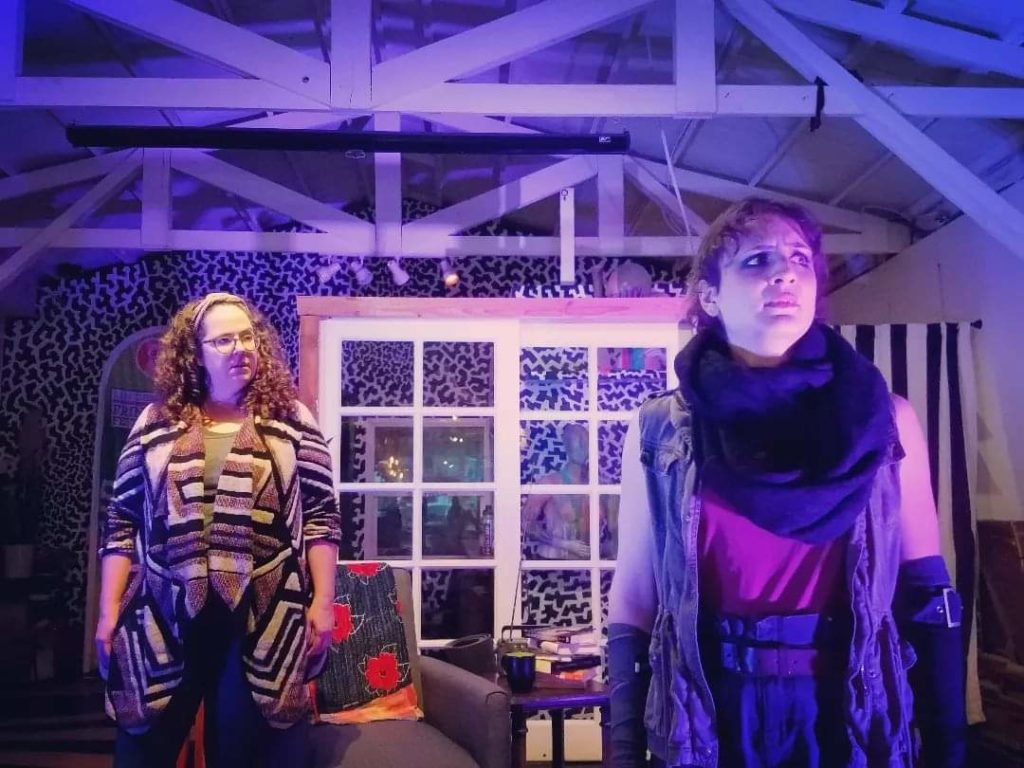 Bodhi Tree Concerts premiered Aftermath Friday at The Template in Ocean Beach, a unique bar and art gallery in which funk subdues kitsch. In Reveles’ one-act opera, the composer supports his two singers with a taut, well-crafted score for piano, clarinet, and cello, an ensemble that creates the requisite dramatic verve for this encounter between Ruth, a well-to-do woman ensconced in her comfortable home on the Mission Beach boardwalk, and Evan, a desperate, displaced young man demanding shelter.

A mere two weeks ago at Bread & Salt, mezzo-soprano Leslie Ann Leytham made a formidable impression singing in the five-member cast that premiered Clint McCallum’s opera Paradise TBD. In the role of Ruth, however, Leytham holds center stage for Reveles’ entire opera, and her command of Ruth’s probing self revelations proved breath-taking. Reveles gave her character supple, declamatory vocal lines that remained tonal without descending into predictability. Her ardent lines reminded me of Gian Carlo Menotti’s protagonist Magda Sorel in his 1950 opera The Consul. Leytham’s generous, rich mezzo ascends into a surprisingly powerful upper range that should make most dramatic sopranos jealous, and she used that strength to telling effect in Aftermath.

At the piano, Ines Irawati gave her continuo-like part crisp, rhythmic definition, and her low-key musical direction from the keyboard kept everyone in synch. Cellist Alex Greenbaum and clarinetist Peter Dayeh filled out Reveles’ spare but telling orchestration with a satisfying array of colors. The writing for clarinet suavely sculpted and drove the emotional contours of the drama between the characters. At times Reveles’ instrumental idiom slyly flirted with atonality as he increased the level of confrontation between Ruth and Evan. For those who have yet to see the opera, I will not spoil the ending by revealing how this confrontation ends.