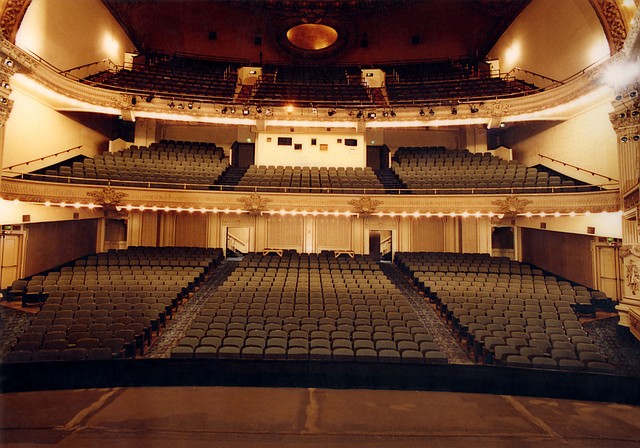 Theatre makers from all over the country are wondering, “when can the audiences come back?” San Diego theatre companies so far have a variety of answers to that question, most of them tentative. Some have announced postponements of productions, some have announced outright cancelations. Broadway producers have announced that their shows will not perform until at least early September. Large regional companies, such the Oregon Shakespeare Festival and Minneapolis’ Guthrie Theatre have announced either cancellations of entire seasons (OSF) or scheduling a truncated season that won’t start until 2021 (Guthrie).

Providing an audience perspective, the Washington, DC, area firm Shugoll Research has released a national survey of theatre audiences. The survey queried expectations about returning to live theatrical performances. Unfortunately, the news is not particularly good.

Results showed that safety concerns weighed more heavily on audience members decisions to return to the theatre than did economic concerns. Audience members were most likely to return once a vaccine for the COVID-19 virus was readily available. Failing that, however, factors under the theatre’s control such as seating that socially-distanced the audience, assurances that surfaces at the theatre were disinfected prior to each new audience, requirements to wear masks, mandatory temperature checks at the door, and availability of hand sanitizer all figured into a willingness to return. Less important but still of substantial concern were economic factors such as fear of a nation-wide recession and loss of income due to business closure or reduction in work hours.

Heavy theatre goers (those who attend more than four performances per year) are more likely to go back sooner than others, though audience members who were age 55 or older were likely to wait and see, rather than to return quickly. There was some evidence from survey responses that audiences who attended outdoor theatre performances would be somewhat more likely to attend than those who attended indoor performances. A temporary discount in ticket prices might also motivate audiences to return, but deliberately programming “light fare” would probably have minimal impact.

Of course, San Diego theatres are not sitting on their hands but, like many theatre makers nationally, are finding ways to keep audiences engaged. Many of those efforts have been detailed by my San Diego Theatre Critics Circle colleagues such as Pam Kragen and Pat Launer, and also David Dixon, who has focused on what younger local theatre makers are doing.

I’m encouraged by the overall optimism being shown by the theatre community here, especially among the smaller companies. AJ Knox, of Carlsbad’s New Village Arts, pointed to how loyal the company’s audiences have been, implying that such loyalty doesn’t just disappear during a crisis. Moxie Theatre’s Jennifer Eve Thorn, who is part of the leadership of the “One Theatre. One Story.“ consortium, is excited about the information that will come from the group’s planned survey of San Diego theatre goers. Backyard Renaissance Theatre Company’s Jessica John emphasized how important design elements are to a theatrical experience, even one offered online.

And, there are lots of online offerings, ranging from solo performances and interviews to more elaborate offerings, such as San Diego Rep’s presentation of Hershey Felder’s “Irving Berlin” show, La Jolla Playhouse’s digital “Without Walls” commissions, which launches Thursday, May14, with Mike Sears and Lisa Berger’s “Ancient,” and The Old Globe’s same evening premiere of a ten-minute play featuring Broadway actors Bill Irwin and Christopher Fitzgerald. Even at ten minutes, any work featuring these two actors promises to be a “must see” for San Diego’s theatre audiences.

There are surely hurdles ahead, and there will undoubtedly be disappointments when additional postponements and cancelations occur. But, I’d bet that San Diego theatre audiences and theatre makers are more resilient than the national norm. We are all looking forward to the thrill of live theatre, sooner than later.