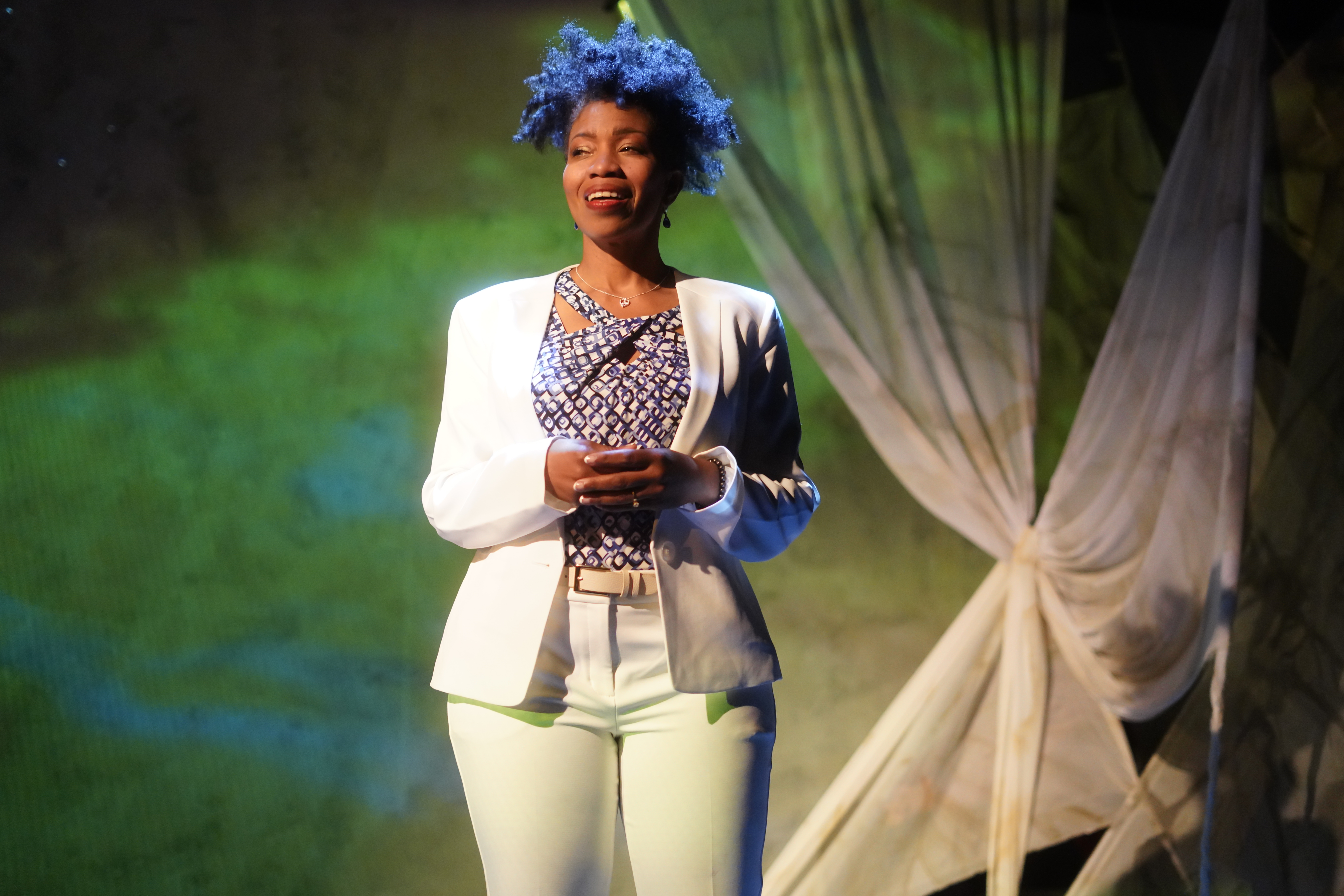 Sometimes, it is best to go into a theatre not knowing much about the show’s plot. While many critics have discussed productions of The Other Place in depth, that arguably takes away from the journey that the audience goes on with the main character, Juliana Smithton (Tina Machele Brown).

I will do my best to not give away the secrets of OnStage Productions strong interpretation of Sharr White’s mystery.

Juliana is a confident scientist advertising a drug, Identamyl, for a pharmaceutical company. As she gives a lengthy lecture, theatregoers learn about Juliana’s personal life. She is convinced that her oncologist husband, Ian (Nick Young) is cheating on her, and also wants to meet in person with her estranged daughter (Emily Jerez, who shows range as several different characters). The mom only talks to her child on the phone. Her not-so-ideal circumstances decline even further when she starts to believe she is suffering from brain cancer.

White’s prose initially keeps viewers at a distance, and that is by design. His mystery is a bit of a puzzle, one that is eventually solved as Juliana continues to interact with others.

After the twists are revealed, White’s dialogue becomes bittersweet, and Juliana and Ian turn into a compassionate couple.

Sandra Ruiz’s direction matches White’s script. She first creates a sense of detachment as we see Juliana give her speech, and her storytelling turns visceral when Juliana and Ian get into serious arguments. 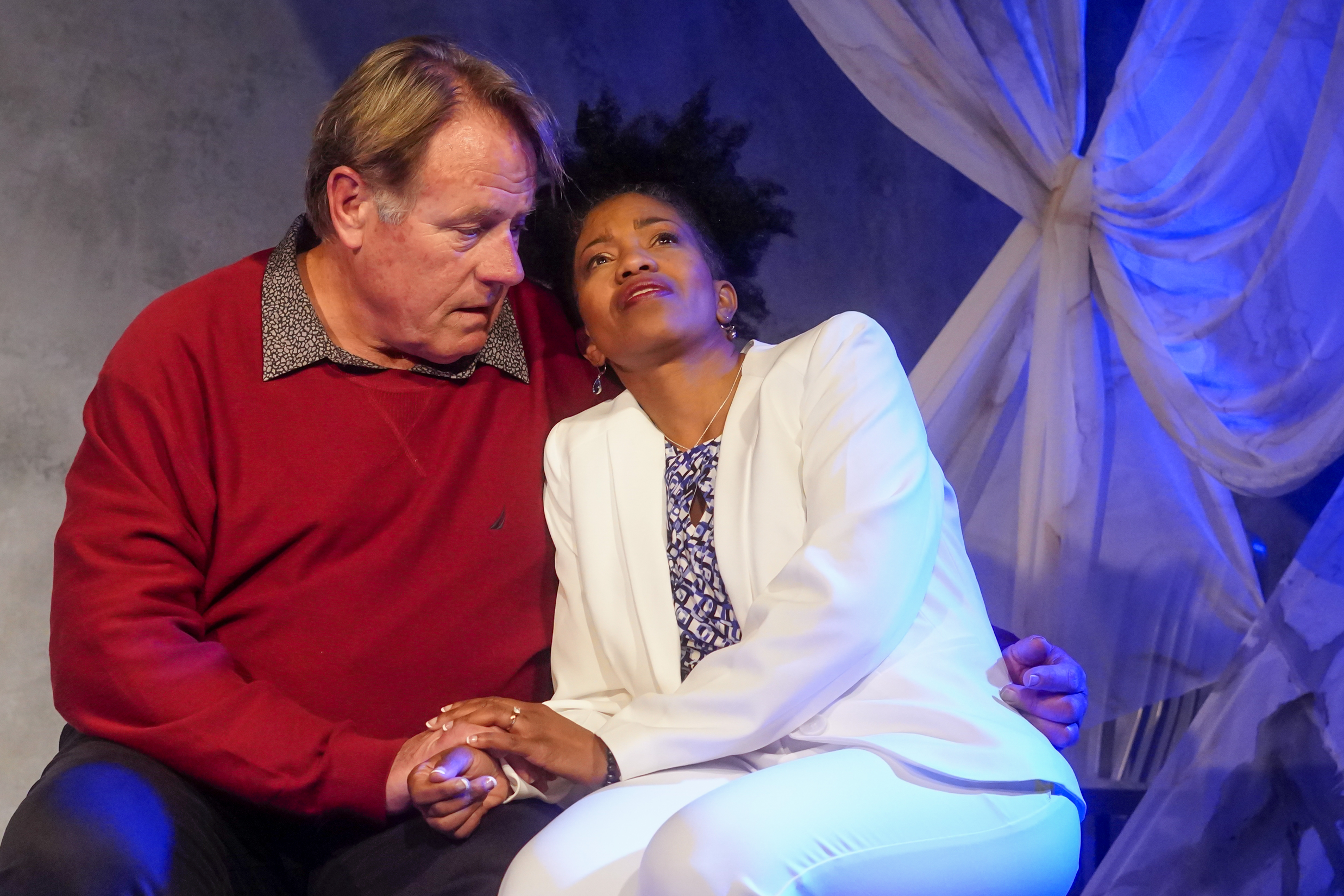 The only scene that feels abruptly staged at the Chula Vista venue is a flashback involving Juliana, Ian and their daughter. Although the sequence from White does reveal important information, it might have been more gripping if the segment was saved for a few minutes later into the evening. Even that recollection includes great acting from the stars.

Brown and Young depict a marriage that is full of conflict, but also love and understanding. It’s the acting from the leads that allows the short (roughly 70 minutes) psychological thriller to be devastating to watch.

White’s tale rewards patience and is both disturbing and moving as events unfold on the stage. You will likely have a deep conversation about the experience after the curtain call.