Adventurous is the term I would choose to describe UC San Diego’s [email protected] concert series at the Conrad Prebys Concert Hall. 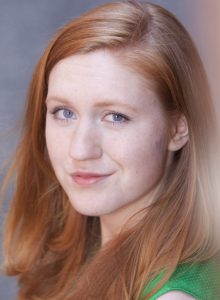 There is no doubt in my mind that British avant-gardist Birtwistle had in mind a powerful and nimble soprano like UC San Diego graduate student Hillary Jean Young to communicate the wide musical and emotional range of this vivid account of the demise of the greatest musician of the ancient world, as recounted by poet Peter Zinovieff. Modulating the vocal line from song to shriek to heightened speech—changing mode at times between syllables of the same word—Young adroitly mastered every vocal challenge.

Birtwistle’s unusual approach no doubt startled the complacent listener, but to those following the story as it moved to its brutal ending, “Orpheus torn apart limb from torso,” the composer’s urgency and the soprano’s fire could not have been more congruent. Accompanying the volatile soprano line were three growling bass clarinets, with fleeting, chiming percussion and prepared piano decorating the advancing drama.

With Divertimento for 8 “Ambiguous Symmetries,” lauded composer Mario Davidovsky proved that at age 80 he is still full of keen invention. In this 20-minute tone poem from 2014, his friendly atonality and gossamer textures of fluttering, explosive motifs evoked an austere, perhaps mystical, aesthetic. Four strings, two woodwinds, piano and percussion formed a compact chamber orchestra, with each instrument taking a vital role in this vibrant tapestry full of engaging surprises.

Beteta’s “La Catedral Abandonata” featured a similar octet of winds and strings but painted a darker picture than Davidovsky’s. Rising from an insistent low pedal tone, the young Guatemalan composer’s work suggested a sepulchral procession that exploded into whirling figurations tossed back and forth by the piano and strings. Pianist Todd Moellenberg and marimbist Sean Dowgray dueled through an exciting, extended cadenza midway through the piece. Given its evocative title, I could not help but compare it to Claude Debussy’s shimmering, iconic Impressionist piano solo “The Sunken Cathedral,” hearing Beteta’s offering as a 21st-century commentary on the retreat of the sacred.

I confess that the French composer Tristan Murail was a new name for me, but I felt less guilty about that lacuna in my contemporary music experiences after I consulted Richard Taruskin’s authoritative Music in the Late Twentieth Century, the massive final tome from 2010 in the Oxford History of Music Series. Taruskin merely dropped Murail’s name on a short list of composers who followed that distinctly French school from the 1970s called Spectralism.

Murail’s “mémoire/érosion” from 1976, a modestly scaled single-movement horn concerto for 8-member chamber ensemble, gave horn virtuoso Nicolee Kuester a chance to display evocative flutter-tonguing and other extended techniques on an acoustic instrument most avant-gardists overlook. Kuester filled her assertive role, which included rude, exuberant fanfare motifs, with confidence and as much sonic beauty as the score would allow. Murail’s diffuse, static, pointillistic textures tended to recede behind the aggressive solo line, although given the second part of the work’s title, that may be exactly what Murail intended.

This program of the [email protected] Palimpsest series was presented in UC San Diego’s Conrad Prebys Concert Hall on February 17, 2016. The next [email protected] offering is scheduled for February 24, 2016, and will feature clarinetist Anthony Burr in the same venue.