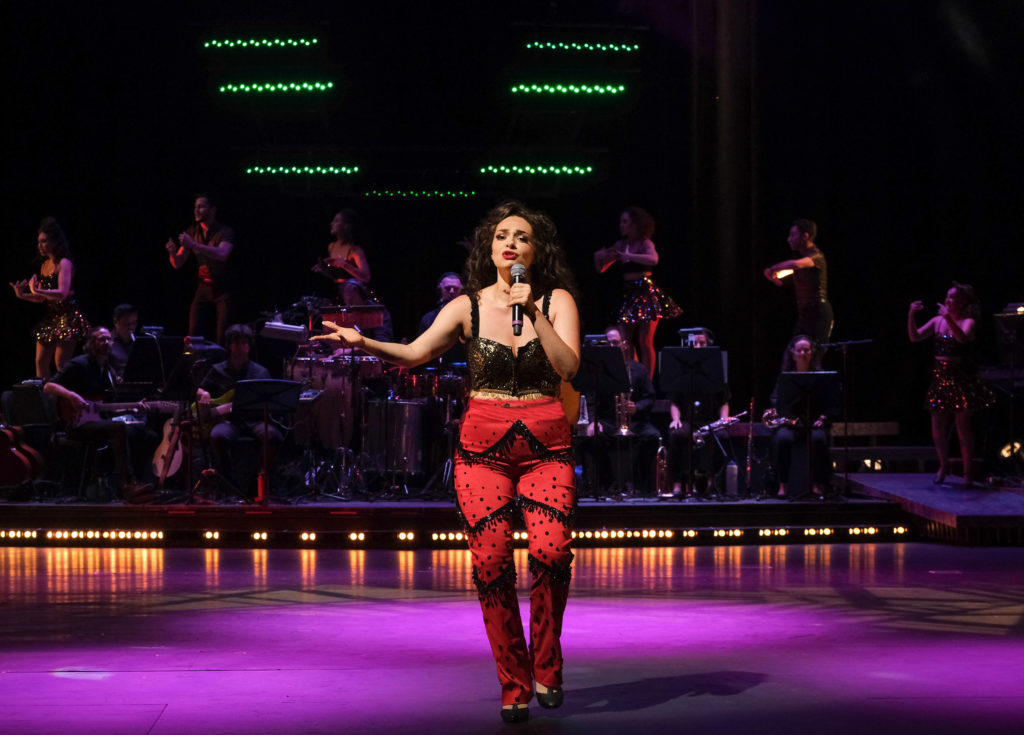 Spouses who are able to maintain a strong personal and professional relationship deserve respect, especially when a duo is still going strong after spending many decades together. One such couple, that continue to support each other, are Miami Sound Machine Cuban-American lead singer, Gloria Estefan, and her husband, Emilio.

Their lives are explored in Moonlight Stage Productions celebratory rendition of On Your Feet!

Before Gloria (Ariella Kvashny) becomes a superstar, she is depicted as a typical college student studying psychology at the University of Miami in the 1970s.

After meeting Emilio (Eduardo Enrikez), the founder of Miami Sound Machine, Gloria’s passion for music blossoms as she grows as an artist. Partially because of their connection, she and the band become world-renowned.

Alexander Dinelaris’ book is strong whenever the plot is focused on Gloria and Emilio. Their interactions are often hilarious and passionate, and it is refreshing to see so much devotion between them. Though it takes a few scenes for some of Gloria’s other family members to develop as fully rounded people.

Gloria’s mom, Gloria Fajardo (Crissy Guerrero), and her grandma, Consuelo (Catalina Maynard), are introduced with sitcom-esque writing, and her dad, Jose (Rudy Martinez), is featured in an early sequence during his service in the Vietnam war, which does not really enhance the plot.

However, all three family members end up feeling authentic, especially as Gloria’s career takes off.

The only family member that should have been fleshed out more is Gloria’s sister, Rebecca (Liliana Rodriguez). Rebecca is featured sporadically in the narrative, and a few additional scenes with her could have added depth to the sibling.

Dinelaris’ book covers a lot of material, and director, James Vasquez, keeps the evening at the Moonlight Amphitheatre entertaining to watch. He stages everything from intimate conversations between Gloria and others, to dance and music heavy concerts, with equal amount of care. 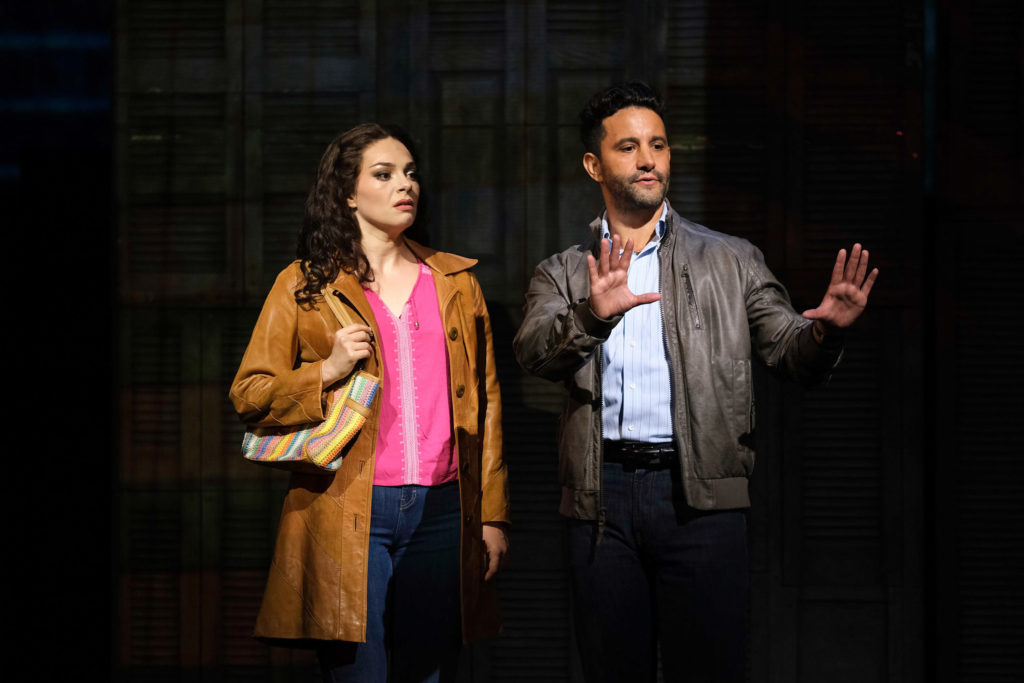 Jean-Yves Tessier’s lighting, costumes coordinated by Felicia Broschart, scenery based on the original set design by the Rockwell Group and Blake McCarty’s projections help depict picturesque locations, including parts of Miami and around the world.

The hit pop numbers, such as “1-2-3,” “Conga” and “Get On Your Feet” are played energetically by the orchestra led by conductor and keyboardist, Lyndon Pugeda. All the orchestra members are onstage, and they memorably appear several times throughout the musical. Every performer is great at singing these big songs while dancing to Carlos Mendoza’s party-friendly choreography.

Kvashny and Enrikez have expressive singing voices, and charming chemistry, particularly in the duet, “I See Your Smile.” They are endearing to watch, even when their lives take dramatic turns in Act Two. Maynard is a crackup as Gloria’s endlessly supportive grandma, Consuleo, and Guerrero and Martinez are moving in impactful sequences, playing Gloria’s parents.

By devoting equal time to Gloria and Emilio, On Your Feet! satisfies as an uplifting real life love story. Vasquez’s interpretation works well for true romantics and music lovers alike.