After experiencing Joyce DiDonato’s Eden performance at The Conrad Wednesday, it is no overstatement to declare the acclaimed mezzo-soprano has set a new standard for the humble vocal recital. She replaced the customary accompanist seated at a 9-foot Steinway with the complete Baroque chamber orchestra Il Pomo D’Oro; she had a custom set designed and built from which to sing and hired a stage director to work out her choreography on it; her lighting designer devised a light show that changed hues and patterns with the moods of her song texts, and for encores she brought on and sang with Director Marielena Teng’s choir from San Diego’s Challenger Middle School. 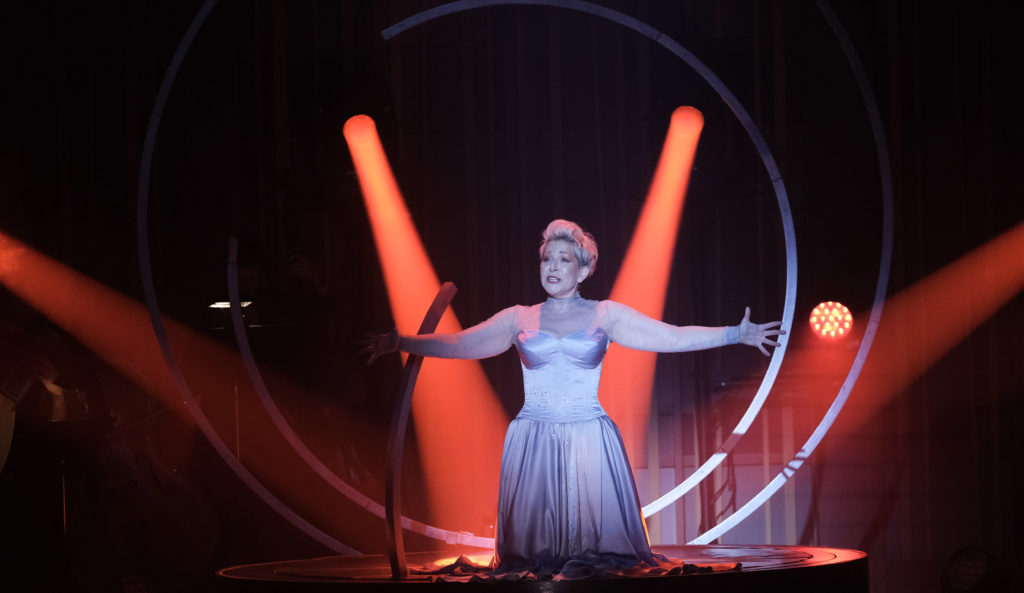 Of equal importance was the thematic arc of DiDonato’s deftly crafted program. She opened in a darkened hall with Charles Ives’ ever provocative “The Unanswered Question,” discretely adding a vocalise to some of its tunes as she processed through the hall to the edge of the stage. She then launched her theme of recovering our lost Eden with Rachel Portman’s newly commissioned song “The First Morning of the World.” Her Edenic search took her through lieder by Gustav Mahler, Aaron Copland’s song “Nature, the gentlest mother” from his Emily Dickinson cycle, arias from obscure operas by Francesco Cavalli and Joseph Mysliveček as well as from Handel’s favorite oratorio Theodora. Her journey ended with Mahler’s lied of resignation “Ich bin der Welt abhanden gekommen,” whose final words conclude, “I live alone in my heaven–in my love, in my song!”

DiDonato’s lyrical journey displayed the gamut of her vocal prowess, from her trademark dazzling coloratura display in Cavalli’s “Piante ambrose” from his 1651 opera La Calisto and Mysliveček’s rousing heroic aria “Toglierò le sponde al mar” from his opera Adamo ed Eva to the contrasting, dreamy riffs of Mahler’s lied “Ich atmet’ eninen linden Duft” from his Rückert-Lieder cycle and the gentle roulades of Handel’s “As with rosy steps the morn” from his 1750 Theodora. The persuasive charm of DiDonato’s mezzo-soprano lies in its penetrating focus that remains refined and supple in spite of the most demanding fioriture, and her graceful phrasing is simply nonpareil.

Under the suave direction of Concertmaster Zefira Valova, the period-instrument ensemble Il Pomo d’Oro provided DiDonato beautifully tailored collaboration in her demanding Baroque arias. Their strings sport a distinctive edge, a slight buzz that greatly adds to the excitement of their ensemble playing, and their winds offer plush, resonant contrast. They gave a lithe, strongly rhythmic interpretation of Marco Uccellini’s “Sinfonia terza,” Op. 7, and a quiet but captivating account of Pier Francesco Valentini’s “Sonata enharmonica.” 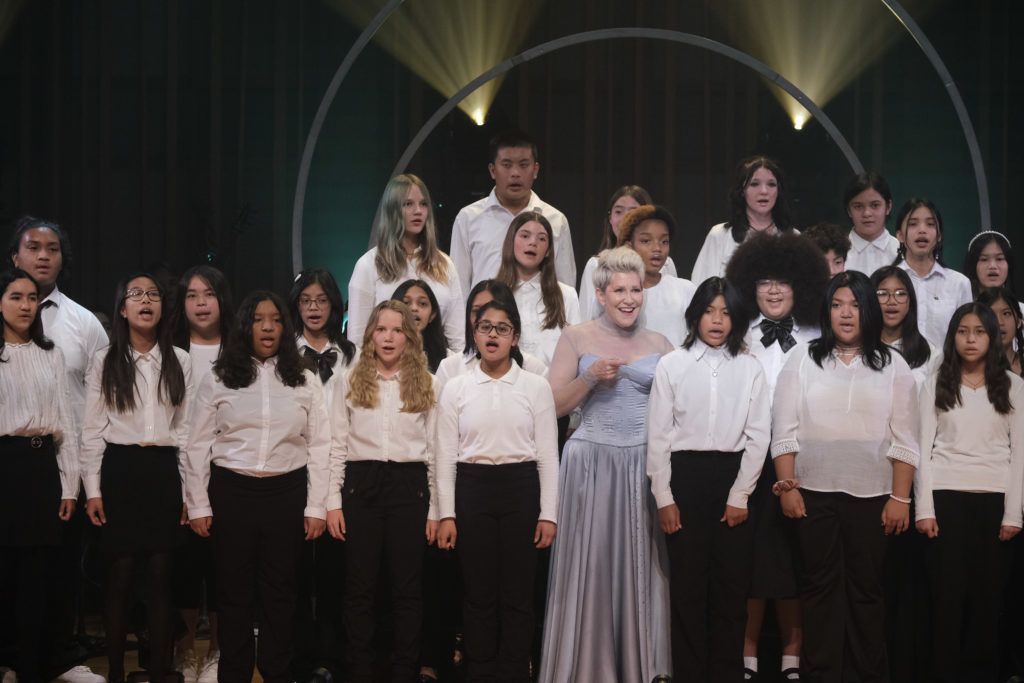 For her encores, DiDonato brought to the stage the Challenger Middle School Choir and sang with them “Seeds of Hope,” a choral work composed by young British singers from the Canterbury Choir of the Bishop Ramsey CE School. Under Teng’s direction, the local choir sang an arrangement of Harold Arlen’s “Over the Rainbow,” and DiDonato concluded the encores with Handel’s “Ombra mai fù” from Serse.

This concert was presented by the La Jolla Music Society as part of its ProtoStar Innovative Series on January 18, 2023, at The Conrad Prebys Performing Arts Center, La Jolla, CA.