Among the memories of great cello performances I have experienced, Mstislav Rostropovich’s account of Tchaikovsky’s “Variations on a Rococo Theme” crowds out all others. His trademark explosive attacks, thundrous sonority, and leaping arcs of melodic ecstacy still echo in my recollection of that performance. Mischa Maisky, a Rostropovich protégé, recalled that experience in his Friday (August 19) SummerFest recital of three J. S. Bach Suites for solo cello. 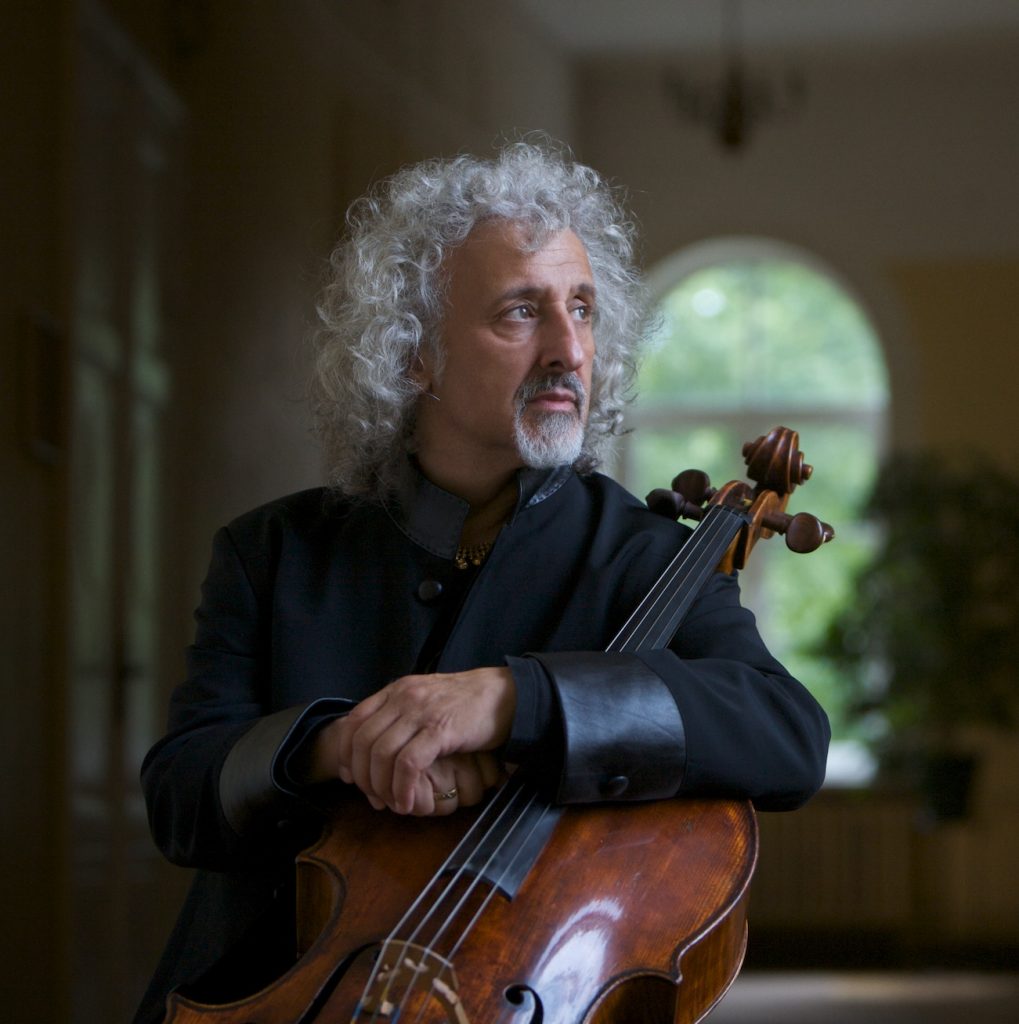 Of course, Bach and Tchaikovsky inhabited vastly different musical spheres, but in Maisky’s Bach I heard the passion and overpowering desire to communicate a stirring narrative through the music that characterized Rostropovich’s playing. From Maisky’s opening phrases of the Praeludium of Bach’s Suite No. 1 in G Major, BWV 1007—the grandly sweeping phrases, the wide dynamic contrasts, and fearless application of rubato—it became immediately clear that the Sherwood Auditorium audience was not going to be subjected to a lecture demonstration of Baroque performance practice.

Rather, Maisky took us on a journey that opened up the dramatic forces implicit in Bach’s musical notation, leading us with impeccable technique and a luxurious sonority that proved irresisible, even to this devoted early music aficionado. While this is the approach to playing Bach that flourished in the Romantic era, it would be a sad loss if some performers did not champion it with the command Maisky displays, in the same way it would be a loss should pianists stop playing the Busoni transcriptions of Bach’s organ works.

After setting his scenario with the G Major Suite’s dramatic prelude, Maisky opened the second movement, the traditional Allemande, with an air of calm introspection that soon grew more assertive as Maisky found covert drama in this formal dance movement.

He unleashed an exciting, buoyant, almost fanciful interpretation of the Courante by releasing the coiled-spring energy of its incessant dotted rhythms using lithe, detached articulations. He gave the Sarabande a hushed, almost elegiac air, delicately touching the double stops: I heard this movement as a poignant existential meditation. A pair of Menuets raced by, their figurations animated but hardly insubstantial, and the closing Gigue’s athletic vivacity still retained a certain decorum.

Two more Suites followed, the Suite No. 4 in E-flat Major, BWV 1010, and Suite No. 5 in C Minor, BWV 1011. The journeys through each paralleled that of the G Major Suite, with subtle variations according to the composer’s whim and the performer’s imagination. From the C Minor Suite’s Praeludium came growling low pedal tones from which craggy motifs grew. Later in that Suite, Maisky developed rhapsodic forays he discovered in its Sarabande, which drove his dynamic range into extremes not encountered in the Sarabandes of the other two Suites. Vigorous bowing and volatile crescendos in the E-flat Major Suite’s Courante gave that movement its larger-than-life character.

Maisky has spent a lifetime delving into these treasures of the J.S. Bach canon, and the La Jolla audience sensed the depth and conviction of his interpretation. His execution was bravura in every technical aspect, but I believe the standing ovation was more a tribute to the profundity he commanded from this transcendent music.

[themify_box style=”shadow” ]This program sponsored by the La Jolla Music Society was given on Friday, August 19, 2016, at the San Diego Museum of Contemporary Art’s Sherwood Auditorium. Mischa Maisky will play the other three J. S. Bach Suites of Unaccompanied Cello in the same venue on Saturday, August 20, 2017. SummerFest 2016 continues through Friday, August 26, 2017.[/themify_box]