Superstar pianist Lang Lang has maintained a cordial relationship with the San Diego Symphony in recent years. He opened the 2012-13 season performing Beethoven’s “Emperor” Concerto and returned the fall of 2013 to play Sergei Rachmaninoff’s Second Piano Concerto. Two days after that October 2013 concert, the Symphony made its Carnegie Hall debut with Lang Lang featured in the Rachmaninoff Second, a work that appeared prominently—with Lang Lang as soloist—on the orchestra’s tour of China that immediately followed their Carnegie Hall performance. 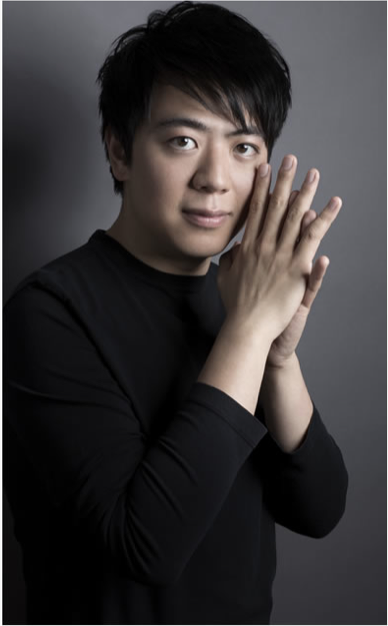 The pianist’s return to the Jacobs Music Center on Sunday (February 5) was greeted with fervid applause, and under the baton of Music Director Jahja Ling, Lang Lang and the orchestra delivered an equally passionate account of Rachmaninoff’s First Piano Concerto. From the piano’s opening flourish of wild, descending parallel octaves, the soloist established his command of the taxing concerto. He was true to his popular image in the work’s slow, dreamy passages, where his delight indulging in fluid rubatos surfaced as blissful upward glances into the darkened hall. Most of the time, however, he was firmly focused on executing at amazing velocity the acrobatic fireworks the young composer—still a conservatory student when he wrote it—crammed into his first completed piano concerto.

Responding to Principal Horn Benjamin Jaber’s glowing solo that opened the Andante, Lang Lang played this reflective middle movement as a hazy, extended Brahms intermezzo into which the low brass occasionally added burnished commentary. His vigor in the finale, the Allegro vivace, clearly stirred the audience, and while he made the most daunting figurations and wild arpeggios appear effortless, I could not help but notice that some of his flying reaches to large chords in the piano’s lowest range were disconcertingly approximate.

His encore, a piece to honor the Lunar New Year, was an elaborate quodlibet of Chinese folk melodies.

Lang Lang’s relationship with Music Director Jahja Ling has always appeared particularly genial, so his appearance Sunday marked a kind of farewell concert with Ling, now in his last months with the orchestra. To make Lang Lang’s single concert visit work in the orchestra’s schedule, Ling repeated his previous Friday (February 3) concert, substituting Lang Lang in the Rachmaninoff Second for Benjamin Beilman in Camille Saint-Saëns’ Violin Concerto No. 3. The reviews of the orchestra’s account of Tchaikovsky’s Fourth Symphony and Dmitri Shostakovich’s “Festive Overture” can be found at http://www.sandiegostory.com/violinist-benjamin-beilman-makes-stunning-debut-with-san-diego-symphony/.

[themify_box style=”shadow” ]This concert was performed by the San Diego Symphony on Sunday, February 5, 2017,  in the Jacobs Music Center’s Copley Symphony Hall in downtown San Diego. The next Jacobs Masterworks Concerts are scheduled for February 10 & 11, 2017, under the direction of guest conductor  Lahav Shani in the same venue.[/themify_box]