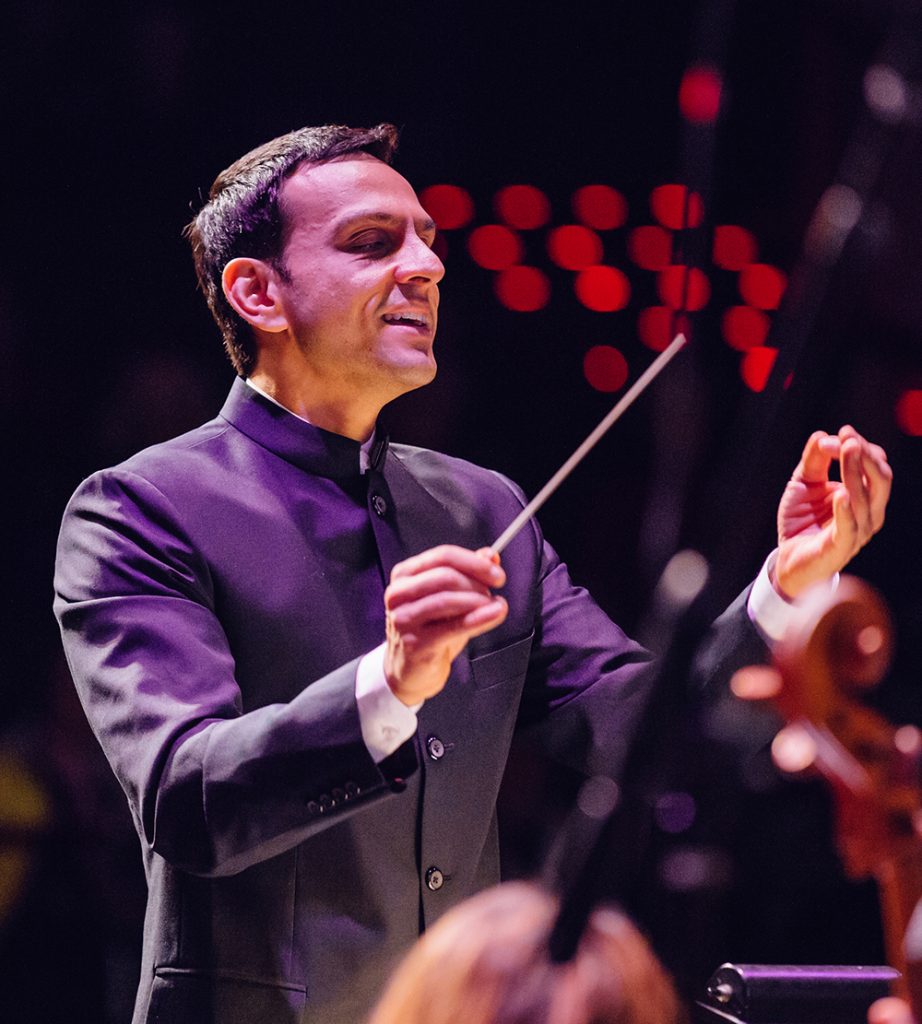 Fortunately, on occasion he comes back to the left coast to work with Sacra/Profana, bringing with him a trove of engaging choral repertory. From the podium on Friday Oberoi explained that his program choices involved works from past Sacra/Profana concerts that deserved a second performance, or in the case of Michael Kegler’s “Origin of Birds,” a work that Oberoi had recently premiered that he thought San Diego audiences deserved to hear.

Sacra/Profana had previously performed only one of five movements of the program’s major work, Dominick Argento’s 1996 Walden Pond, and this San Diego premiere of the complete Walden Pond revealed an expansive, surprisingly dramatic setting of Henry David Thoreau’s reflections on his beloved Walden Pond. Argento accompanies the choir with three cellos and harp, a choice that alternately expands the composer’s depiction of nature’s grandeur or shrouds its serenity in mystical wonder. Thoreau’s early 19th-century writings reveal a prescient ecological awareness of man’s destructive propensity to spoil nature, and many perceive this Transcendentalist sage as the godfather of the contemporary ecological movement.

Oberoi’s meticulous direction demanded clarity and uncompromised focus from the choir as they deftly navigated the composer’s quicksilver changes of mood and texture: from the clear, sparkling choral harmonies that depict the still beauty of the pond to bright choral declamation of Thoreau’s mythical allusions to the dolorous chorale that laments the deforestation of the pond’s surroundings. Cellists Alex Greenbaum, Elizabeth Brown, and Abe Liebhaber provided eloquent countersubjects to the choir, crowned by Greenbaum’s adroit harmonics that defined several of Thoreeau’s pictorial allusions, including the soft playing of a flute.

Elena Mashkotseva’s vivid glissandos and delicate traceries also expressed the composer’s glossary of sonic effects that evoked the splendor of nature. Experiencing Argento’s Walden Pond proved as awe-inspiring as a stroll through an exhibit of Ansel Adams’ huge landscape photographs of the American West.

Spirituals of any genre always increase the emotional depth of a choral concert, and Karol Barnett’s a cappella arrangement of “By and By” made its mark by starting out in the traditional R. Nathaniel Dett style of choral spirituals and gently modulating into bold gospel progressions. Although Carol King’s “Way Over Yonder” is not technically a spiritual, the trajectory of its heaven-bound text bears uncanny resemblance to many spirituals. DeReau Farrar’s adroit arrangement of the song,  built on rich but understated harmonies, develops with gentle assurance that climaxes gloriously in unexpected dynamic exultation.

Oberoi contributed two of his own choral works to the program, “Rivers and Roads” and  “Telescope.” A ballad extolling the terrestrial Peaceable Kingdom, “Rivers and Roads” suggests the comfortable melodies of a pop song artfully structured into a choral anthem with a fluid piano accompaniment, smartly carried out by Jennifer Opdahl.  Oberoi took the clever visual structure of Kate Wakeling’s poem “Telescope” and expressed it in his succinct musical doublet that turned out to be the most unabashedly tonal work on the program.

The award for the most daring work on Sacra/Profana’s program easily belongs to Merrill Garbus’ “Water Fountain.” A satirical jab at failure to acknowledge the need for water conservation, Garbus’ own lengthy Dada-esque diatribe of a text explodes in a hyperactive choral combustion that involves complex rhythmic clapping, shouting, and ensemble jumping into the air from the singers, all accompanied by percussion and bass guitar. And, yes, Garbus includes a healthy portion of well-defined choral sonorities, which Sacra/Profana delivered with apt gusto. Crisp drumming was supplied by Juan Carlos Acosta and Jennifer Opdahl, and Taylor Smith played bass guitar.

This concert was presented by Sacra/Profana on Friday, May 20, 2022, at Christ Lutheran Church in the Pacific Beach community of San Diego.