As we go deeper into the month of December, it becomes increasingly difficult not to see the subtitle “Cash Cow” inscribed beneath the titles of program offerings from so many of our performing arts organizations. I am happy to report, however, that this weekend’s excellent San Diego Symphony concert sagely avoided all the Nutcracker, Messiah, Magnificat, and carol marathon cliches. 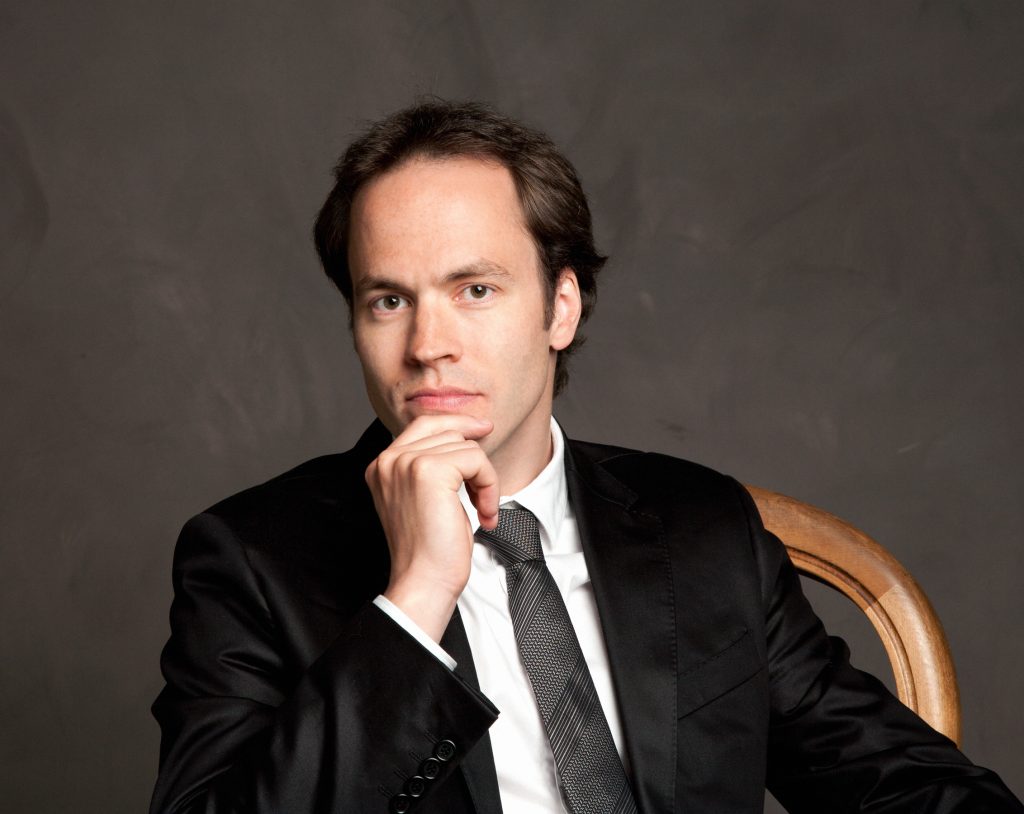 Given the compelling, vital account Debus gave of Claude Debussy’s “Ibéria” with the orchestra just last month, his vibrant but ever perceptive direction of the Tchaikovsky First Symphony came as no surprise. I thought Debus balanced astutely the composer’s familiar pulsing, passionate drive with the many excursions of sylvan reverie, especially in the first two movements, and the orchestra followed his lucid direction with alacrity.

In the outer movements, the tightly focused brass choirs capped brilliant climaxes, but quieter moments proved equally moving, especially Principal Bassoon Valentin Martchev’s wistful yet heartfelt account of the Russian folksong in the Adagio cantabile, accompanied by elegantly shimmering violins skillfully led by Associate Concertmaster Wesley Precourt filling in for Jeff Thayer. Among the unexpected aspects of Tchaikovsky’s youthful First Symphony is the Finale’s athletic fugue that jumps from one section to the other with sunny abandon.

Why this stirring and beautifully shaped symphony should be played so infrequently puzzles me. It may not have the overwrought emotional punch of Tchaikovsky’s final three symphonies, but that is arguably its virtue. And Debus made a most impressive case for a symphony that the composer himself averred was better than many of his more mature works!

There is little danger comparing Mozart’s Concerto in C Major for Flute and Harp, K. 299, with his late piano concertos or symphonies. Written for wealthy aristocratic musical amateurs, this unusual concerto in flashy rococo style—reflecting the taste of his French commissioners—remains stubbornly on the surface throughout its predictable three movements. Each soloist lavished technical finesse at every turn and flourish, although Mozart gave the flute most of the heavy lifting.

Phillips’ precise attacks, nuanced dynamics, and fluent ornamentation defined her performance, and Lombardo’s supple, handsomely detailed articulation complemented such virtues well, although her light, rather monochromatic timbre accentuated the facile character of the concerto. Debus and the orchestra provided carefully calibrated accompaniment to the soloists, although, especially in the opening movement, when the orchestra played alone, their fortes sounded a bit brash.

Mozart’s own cadenzas to this concerto have not survived, and the cadenzas chosen by the performers could not have been more ingratiating, even if they did not display complete congruence to Mozart’s musical style. The opening movement’s lavish cadenza sounded as if it had been written by Cecile Chaminade.

Opening his concert with the Prelude to Hänsel und Gretel provided Debus the opportunity to indulge Humperdinck’s sumptuous orchestration and sweetest melodies, and the players fulfilled that aspiration generously. The composer’s familiar “Evening Prayer” that opens and closes this Prelude is arguably his most recognized contribution to western music, unless you count the adoption of his name by the 20th-century British pop singer to be of more lasting import.

This concert by the San Diego Symphony was performed December 9 & 10, 2017, in the Jacobs Music Center’s Copley Symphony Hall. The December 9th performance was heard for this review. Associate Conductor Sameer Patel leads the orchestra December 16, 22 & 23, 2017, in a traditional holiday concert with the San Diego Master Chorale and the San Diego Children’s Choir in the same venue.