Never mind that expectations for a Jeremy Denk recital are always exalted—the formidable pianist always finds ways to surpass them. His solo recital Saturday, November 21, at the Barclay Theatre offered astute programming and discerning interpretation coupled with commanding technique. Could we ask for anything more? 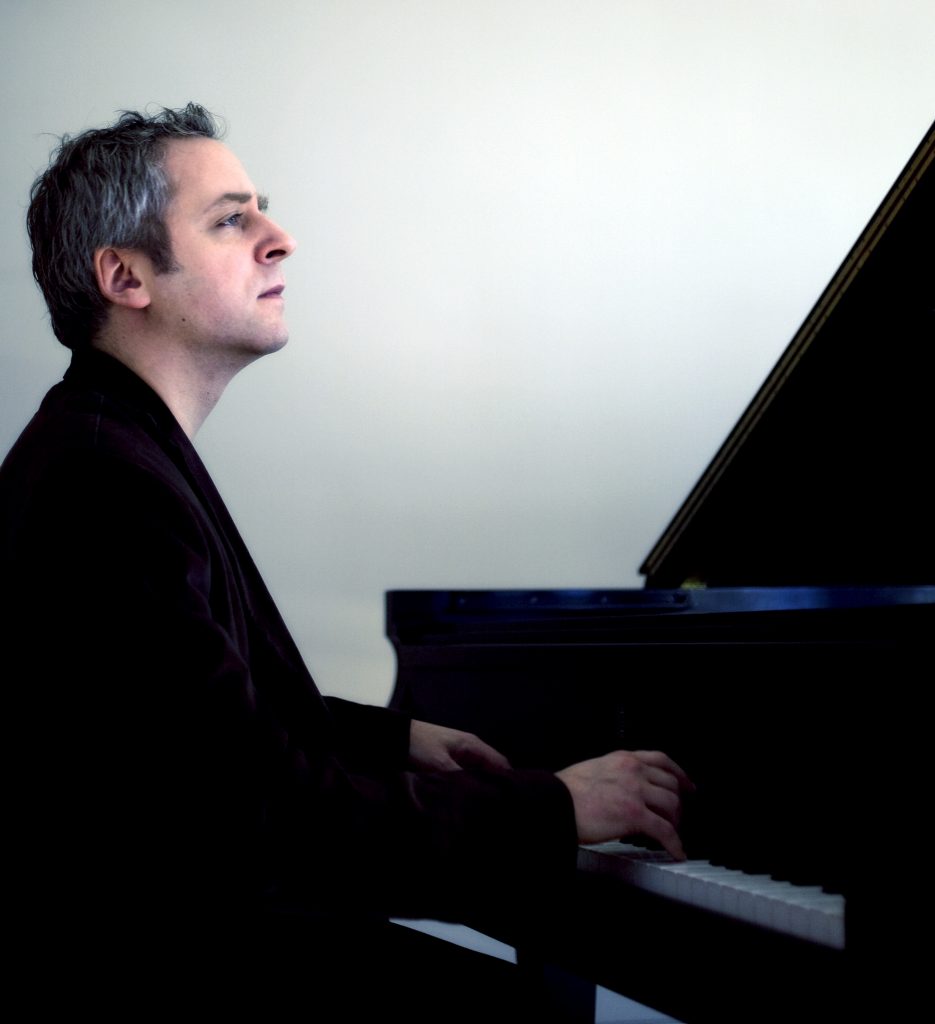 Two towering C Minor classical sonatas formed the pillars of his sonic temple: he opened his program with Mozart’s succinct, dramatic C Minor Sonata, K. 457, and closed with Beethoven’s towering valedictory C Minor Sonata, Op. 111. Between these sonatas he expanded our appreciation of the repertory with a rarely performed set of Three Romances by Clara Schumann, Op. 21, and a recent virtuoso gem by the contemporary American composer Missy Mazzoli, “Bolts of Loving Thunder.”

Keeping a listener riveted to an online musical presentation of this scope is no small feat, yet Denk’s fluid technique and consistently insightful revelations dared you to miss a single phrase. Denk’s Mozart managed to make every phrase sound fresh and inviting, yet he elucidated the structural complexity of the final Allegro movement, for example, with finesse and insight that deepened my perception of the whole sonata.

The first of Clara Schumann’s three Romances was written during Robert’s final breakdown prior to his death, so the somber, even tragic overtones of the work are not surprising. With unfailing sensitive attention to detail and his velvet touch, Denk unleashed its compelling emotional depth. Although the other two Romances suggest lighter moods, they provide ample proof of Clara’s compositional craft and inventive melodic gifts.

Missy Mazzoli’s larger works have anchored her well-earned reputation, including operas commissioned by the Met and other major companies. In January of 2018, Steven Schick led the San Diego Symphony in one of her tone poems, “River Rouge Transfiguration,” a striking, worthy successor to the more descriptive orchestral tapestries of Strauss and Copland. Her “Bolts of Loving Thunder” brings large-scale drama to the keyboard with bold, even startling harmonic language that exploits the instrument’s best possibilities with Lisztian fury and the dazzling colors of Messaien.

If the two ample movements of Beethoven’s Op. 111 reveal two of the composer’s most impressive moods—the brilliant, questing iconoclast and the seeker of spiritual ecstasy—Denk proved he was our most eloquent guide through this majestic journey. He brought orchestral passion to the Maestoso‘s brilliant development, elliptical forays, and puzzling silences, and beneath the tranquil surface of the Arietta’s serene variations, he crafted a sublime benediction.

This recital was presented and streamed by the Philharmonic Society of Orange County on Saturday, November 21, 2020, at the Barclay Theatre in Irvine, California.