By the time pianist Jeremy Denk reached the midway point on the first half of his recital at La Jolla Presbyterian Church Friday (May 12), he had the audience eating out of the palm of his hand. He opened with his bravura, scintillating account of J. S. Bach’s English Suite in G Minor, BWV 808, and had launched into a suite of his own devising comprised of 20th-century composers’ short takes on ragtime.

By the end of his recital, the audience was on their feet applauding and shouting. 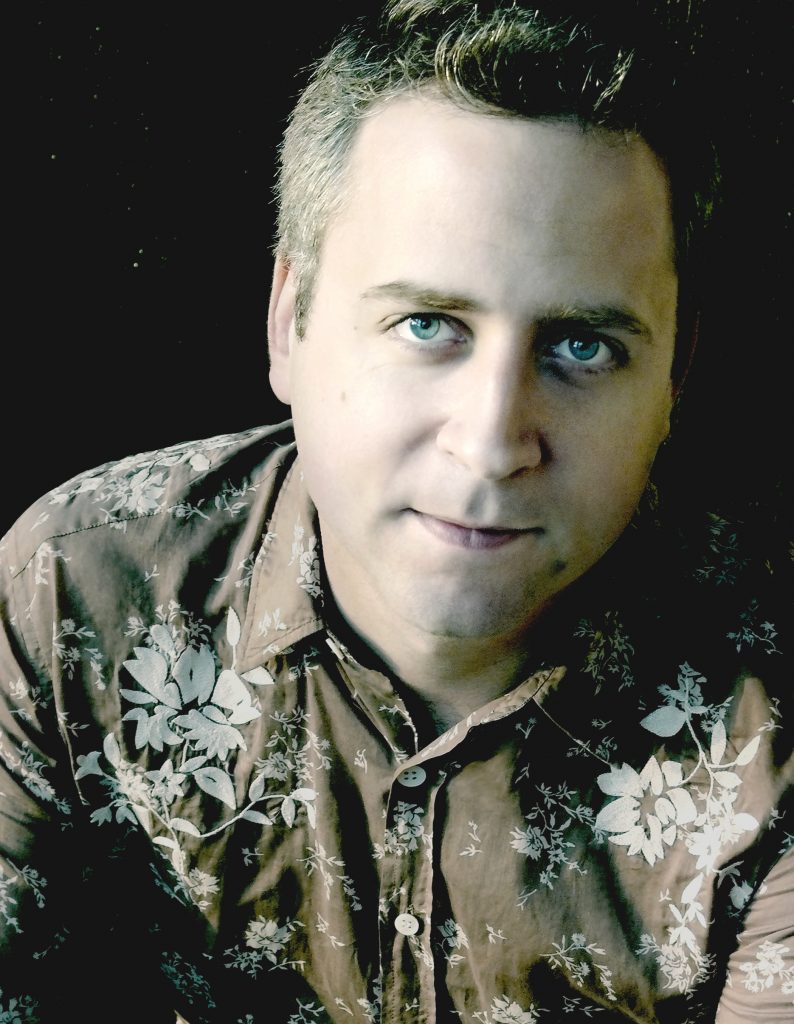 Denk’s combination of technical prowess and wit, not to mention his childlike elation discovering obscure musical gems, made believers out of Friday’s congregation. Although, not necessarily the same sort of the believers that regularly gather at the Presbyterian Church on Sunday mornings. Because the recital’s sponsor, the La Jolla Music Society, is currently homeless, the generous Presbyterians offered the organization sanctuary to present Denk’s recital.

With the venerable Sherwood Auditorium gone and the La Jolla Music Society’s new performance complex—the Conrad—still in the earliest stages of construction over on Fay Avenue, the organization will be “couch surfing” performance spaces for the next two years. To that end, the Music Society’s Artistic Director Kristin Lancino announced before the recital began that SummerFest 2017 will take place at UC San Diego’s Conrad Prebys Concert Hall this coming August.

But let me affirm how well La Jolla Presbyterian Church’s sanctuary worked as a recital hall. After a recent tasteful renovation, the chancel area is wide and unencumbered, slightly elevated but still very close to the listeners. The acoustics of the room have improved, and I found the sound of the concert grand to be sharp, immediate, and warmly resonant in the room. On those terms alone, this marks a notable improvement over Sherwood, where the stage always seemed more distant from the audience than it actually was.

Playing Bach’s keyboard music on a modern piano is always a challenge, because Bach never wrote for the instrument. His keyboards were harpsichords and clavichords, although we know that very late in his life, in 1747, be experienced playing several newfangled Silbermann fortepianos while visiting the King of Prussia in Berlin. These instruments, of course, had none of the power or brilliance of today’s pianos.

Denk’s approach to performing Bach on a modern concert grand struck me as ideal: for the fast movements he chose a bright, slightly percussive attack—avoiding any use of the sustain pedal—invigorated by energetic, unrelenting tempos without dynamic fluctuation; for the slower dance movements, he chose a slightly more legato technique, subtly emphasizing imitative themes, and deftly shading final cadences. Although he gave each dance a distinctive character, he maintained the stylistic integrity and continuity of the entire suite.

My sole stylistic reservation, a minor reservation to be certain, was with Denk’s ornamented version of the Sarabande. To follow all of Bach’s indicated ornamentation on the piano unbalances the movement because all of those repeated notes magnify their volume of sound in a way that does not happen, say, on a harpsichord. Less could have been more.

Is Denk’s approach the only way to play Bach on the piano? Is there only one way to interpret Beethoven’s Fifth Symphony? However, for an organist who has worshiped his entire career at the altar of J. S. Bach, Denk’s performance was sublime.

Following intermission, Denk pursued the long and winding road of Franz Schubert’s Piano Sonata in B-flat Major, D. 960. The composer’s last piano sonata written in what was to be the composer’s final year, this B-flat Major Sonata sounds more confessional than valedictory. Like Denk’s interpretation of the Bach G Minor English Suite, his account of this Schubert Sonata illuminated each section, each thematic adventure, while keeping the composer’s larger narrative in sharp focus. In terms of style, I would say Denk’s heart expressed Schubert the Romantic and his hands paid tribute to Schubert the classicist. It was the best of both worlds.

He played Mozart’s Andante from the C Major Piano Sonata, K. 545 for his encore.