Concert pianist Beatrice Rana, who gave a breath-taking recital for the La Jolla Music Society Friday at The Conrad, apparently has been flying under the radar here in the U.S. At age 29, the Italian pianist has a splendid record of accomplishments, although precious little of it appeared in her skimpy single paragraph bio in Friday’s hefty program book. 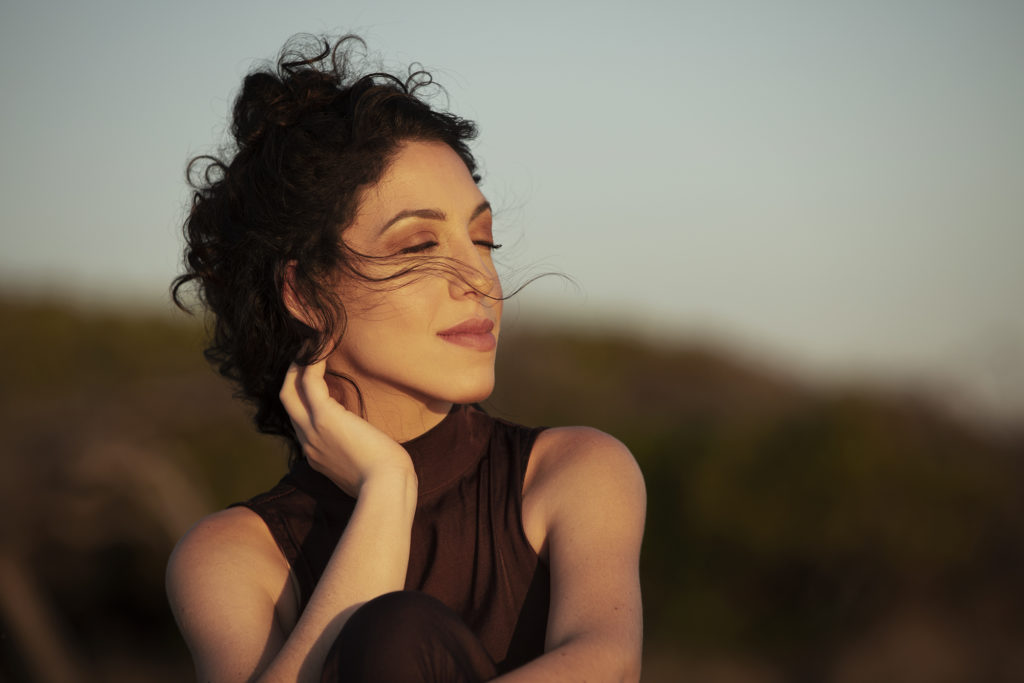 In 2011, Rana won the Montreal International Musical Competition, and in 2013, she was Silver Medalist (second place) in the Van Cliburn International Competition. In 2017, her first recording, J. S. Bach’s Goldberg Variations, won her the young artist of the year award from the British magazine Gramophone.

In 2019, her Carnegie Hall debut recital was lauded in a glowing review by New York Times (NYT) senior music critic Anthony Tommasini, and she returned to Carnegie Hall a few months later to solo with the Philadelphia Orchestra in Prokofiev’s Piano Concerto No. 3.

She will repeat Friday’s daunting program of Chopin, Debussy, and Stravinsky at Carnegie Hall  this Wednesday, March 9.

What sets Beatrice Rana apart for other—and perhaps better known— colleagues was succinctly summed up by Arthur Lubow in his recent NYT feature about her: she has ferocious technique, but is distinguished by her musical intelligence. Her recital at The Conrad reinforced that perceptive observation at every turn.

Rana devoted the first half of her recital to Chopin’s four Scherzos, Opus 21, opus 31, Opus 39, and Opus 54, a slice of his repertory not as frequently played as his beloved nocturnes, mazurkas and preludes. Each Scherzo unfolds in a broad, ternary arc of themes, bristling with bravura passage work and brilliant, cadenza-like flourishes, usually separated by islands of tranquil reflection.

If Rana had succeeded only in subduing the technical demands of these Scherzos, the result would have laudable, but one of diminishing returns as she worked her way through all four Scherzos. Instead, we were treated to her perceptive integration of the widely contrasting sections of each Scherzo into the elegant structures Chopin intended.

If Debussy’s piano preludes are garlanded with vivid imagery and poetic allusion, his final solo piano works, the two volumes titled Études, eschew all of that imaginative fancy and instead substitute the abstract building blocks of western music: intervals and exercises. The composer’s stated intention was to craft complex challenges for even the most accomplished pianists of his time. While these two factors have ensured the Études’ absence on most pianists’ to-do list, Rana decided that all six études from the first volume of Études were precisely what her program needed, and she performed them with consummate skill, not to mention striking attention to detail.

Perhaps because the preparatory piano exercises of Carl Czerny had become a ubiquitous requirement of piano students the world over—and they still are—Debussy chose to satirize a typical banal Czerny exercise phrase in the first étude, “For the Five Fingers in the Style of Mr. Czerny,” by burying it in a dense harmonic flurry worthy of Scriabin on a trying day. I was particularly impressed with Rana’s finesse and amazing clarity as she delivered Debussy’s unforgiving octave cascades in the fifth étude “Pour les octaves.”

In 1921, the great piano virtuoso Artur Rubinstein asked Stravinsky to write a piano version of his great orchestral ballet Petrushka for him to play on his concert tours, and Rana offered this piano version of Petrushka to complete her program. Rana’s account of the ballet, with its endearing combination of vibrant movement and melodrama, proved astonishingly orchestral—not because she made the piano mimic orchestral colors, but because she filled the hall with the dense pulsing body of sound and dramatic excitement that orchestras are capable of producing.

This program was presented on Friday, March 4, 2022, by the La Jolla Music Society, the second offering in this season’s Piano Series, in the Baker-Baum Concert Hall of the Conrad Prebys Performing Arts Center in downtown La Jolla.