The Wednesday, June 8, 2016, Mainly Mozart Festival program at the charming Balboa Theater offered three rarely heard works played with aplomb by the exceptional Festival Orchestra and soloists. All three of the works were written in the minor mode, which was no doubt intended as a programmatic unifier. For this intrepid, free-lance band there was no conductor. 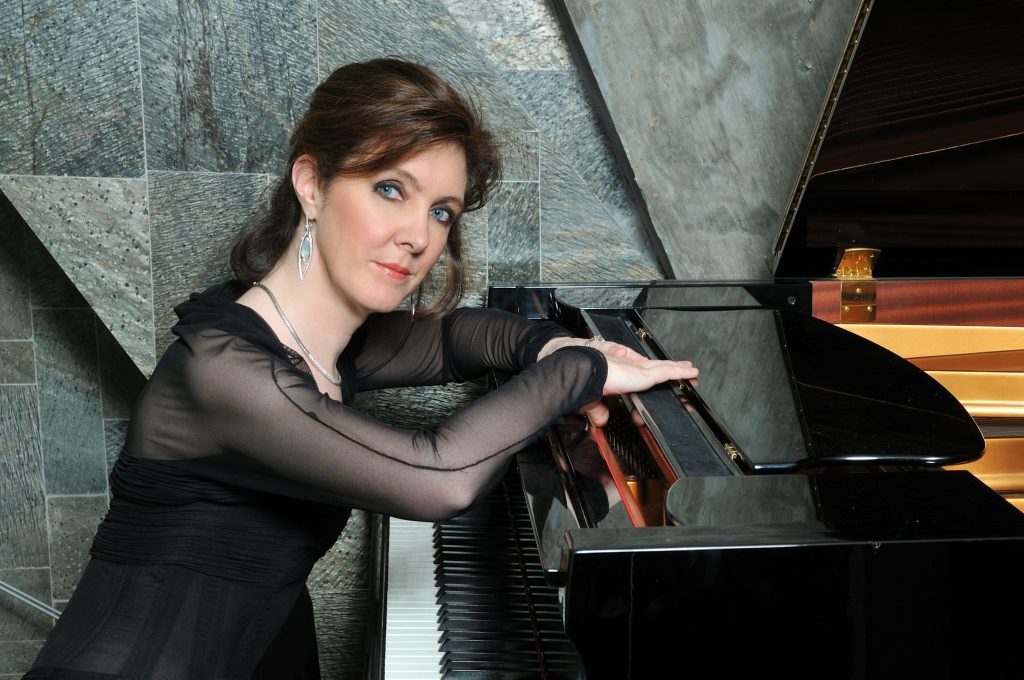 Felix Mendelssohn’s Concerto for Violin and Piano in D minor featuring pianist Anne-Marie McDermott and violinist William Preucil opened the program dramatically. Since Preucil had his hands full as a soloist, the Los Angeles Philharmonic’s splendid concertmaster Martin Chalifour took over the first chair of this impressive orchestra. Chalifour’s dynamic leadership created an admirable balance in the strings, and his cues were effective in keeping the band together. Preucil counted off each movement and then turned his attention to the solo violin part.

As usual, McDermott proved simply extraordinary. Like Thibaudet, Denk, Schiff and a few others, her transcendent pianism soars above any orchestral tutti. She is equally adept, however, at being a sensitive chamber music partner who produces a shrouded, pillowy sound that supports whomever else has the preponderant musical line. And her control of tone color was uncanny.

Preucil, on the other hand, did not fail to disappoint. The man usually brings his “B” game when he visits San Diego, and I don’t understand it. Throughout the Mendelssohn, Preucil would

go from playing blazingly fast ensemble passages perfectly in sync with McDermott to solo lines that were generally flawed with questionable slides and egregious intonational errors. There was nothing special in the Cleveland Orchestra concertmaster’s playing on this night.

The orchestra, on the other hand, has not sounded better in recent memory. The phrasing, bowing, intonation and dynamics of the string players were as one, and when the woodwinds and French horns joined the group in the second half, their contributions

made the timbral resources soar. The winds’ blend and balances were, for the most part, ideal. A few out of tune moments and a cracked note or two from the horns were just minor blemishes on otherwise sterling efforts.

They played extraordinarily well throughout the evening, and yet–it is curious that the services of a conductor were eschewed. A qualified person standing out front, wielding a stick or a firm hand could have coaxed greater dynamics and encouraged more musical risk-taking throughout the tepid program. The ensemble played with a squished dynamic range that did not take advantage of the hall’s lovely acoustic attributes. Everything came out sounding slightly blanched, and a decent conductor could have easily ameliorated this oversight.

Haydn’s rococo Symphony No. 39 in G Minor followed intermission. The orchestra responded to this Sturm und Drang (Storm and Stress) work with stylistic appropriateness, giving the work a broad dynamic and emotional range. The opening Allegro assai movement was played with rhythmic virtuosity: unified phrasing, neat and squared away cleanly.

The second movement Andante, a fine example of the insistently melodic Empfindsamer Stil, displayed beautiful, tightly focused, unison playing from the first violins. The winds were particularly adept at adding their coloristic contributions in a way that supported the general flow of the contrasting major key movement.

The Minuet & Trio, although played handsomely, again brought to the fore the potential advantages of having a conductor. The Trio section features the oboes playing soli supported by the horns. When the musicians chose to play this section in a slightly slower tempo,  this caused some hesitation and sloppy ensemble work at the transitions. Everyone seemed to scramble a bit finding new tempos, but this could have easily been avoided with the presence of a conductor. Sturm und Drang returned for the closing Finale: Allegro di molto, where quick and tricky passage work was tossed off with precision by the string sections, leaving the listeners breathless and deeply impressed with the orchestra’s virtuosity.

The Mainly Mozart Festival has embarked upon a massive, proposed six-year exploration of the works of Mozart. This year’s installment, “The Prodigy,” focuses on the composer’s uncommonly early musical accomplishment. Mendelssohn’s juvenile Concerto was written by a precocious 13 year old genius, while Mozart’s Symphony Symphony #24 in G minor, K. 183, was written at the “advanced” age of 17. Following quickly on the heels of his recently completed opera, Lucio Silla, operatic lyricism as well as pronounced dramatic contrasts deeply informs the Symphony #24. The piece closed the program with as much aplomb as could be expected in this arch-conservative program. Again, the troops attacked the piece with an appropriate yet measured aggressiveness that would have been improved by a guiding hand.

The piece’s opening Allegro con brio movement is familiar to many music lovers through its use as the opening scene in the film version of “Amadeus.” The rousing opening was rendered especially effective with tight ensemble and the effective coloring of the winds.

By the time of the excellently played,  lyrical Andante, and as my attention began to wander, I could not help but wonder, “What’s in a name?” “Mainly Mozart”? OK. How about “A Bit of Boulez” too? Maybe “A Shtickle of Schoenberg”? “A Morceau of Messiaen”? The youngest composer on this program died in 1847, and, although everyone loves Mendelssohn, Haydn and Mozart, the close of the Common Practice Period with Wagner and Brahms is no place to stop presenting the rest of Western Music.

And yet, the musicians all rose to the technical challenges posed by this stylistically unchallenging program and did so with courage, conviction, professionalism and élan. Bravos all around to the entire orchestra, my minor kvetching notwithstanding.