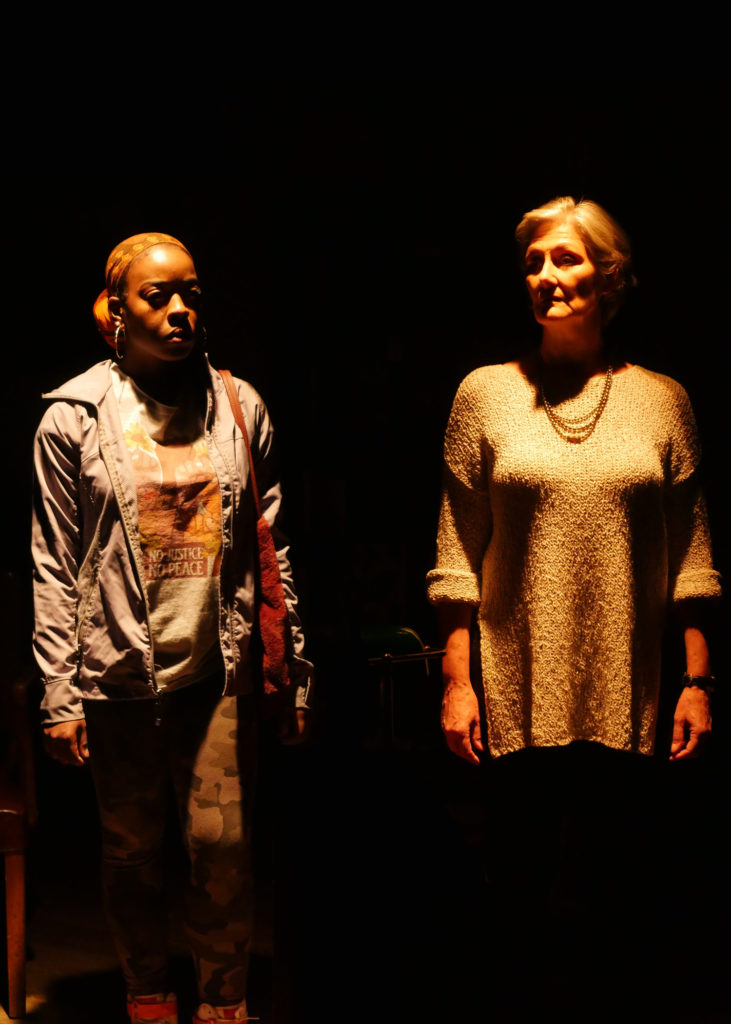 The play opens at a Connecticut liberal arts college in the spring of 2016. A highly regarded white history professor, Janine (Mouchette van Helsdingen), meets with one of her Black students, Zoe (Deja Fields), during her office hours.

Janine thinks she is a progressive and tolerant person, yet wants Zoe to rewrite her paper on the American Revolution. She disagrees with Zoe’s thesis, based on a lack of evidence, that “a successful American Revolution was only possible because of the existence of slavery.”

Their differing opinions, causes verbal fights that revolve around racism, power and sexism.

Eleanor Burgess’ writing forces the audience to reflect on the exchanges between Janine and Zoe. Her prose for both characters is full of points that are fascinating and empathetic, though she features dialogue that is angry, harsh and unforgivably cruel.

While a lot of Burgess’ text is smart, there are issues with credibility.

In real life, the squabbling between Janine and Zoe would not be as lengthy. Their spoken rows go on for long chunks of the plot, to the point where certain viewers will wonder what the characters are trying to gain.

There are also references to real world people and news that could have been developed further. Burgess brings up topics that frustrate Janine and Zoe, including Israel and Donald Trump (who is not mentioned by name). Their thoughts are glossed over, and could have been discussed more in depth.

Despite these flaws, Burgess’ candid writing is effective on a visceral level, which is in part thanks to co-founder and former Artistic Director, Delicia Turner Sonnenberg. 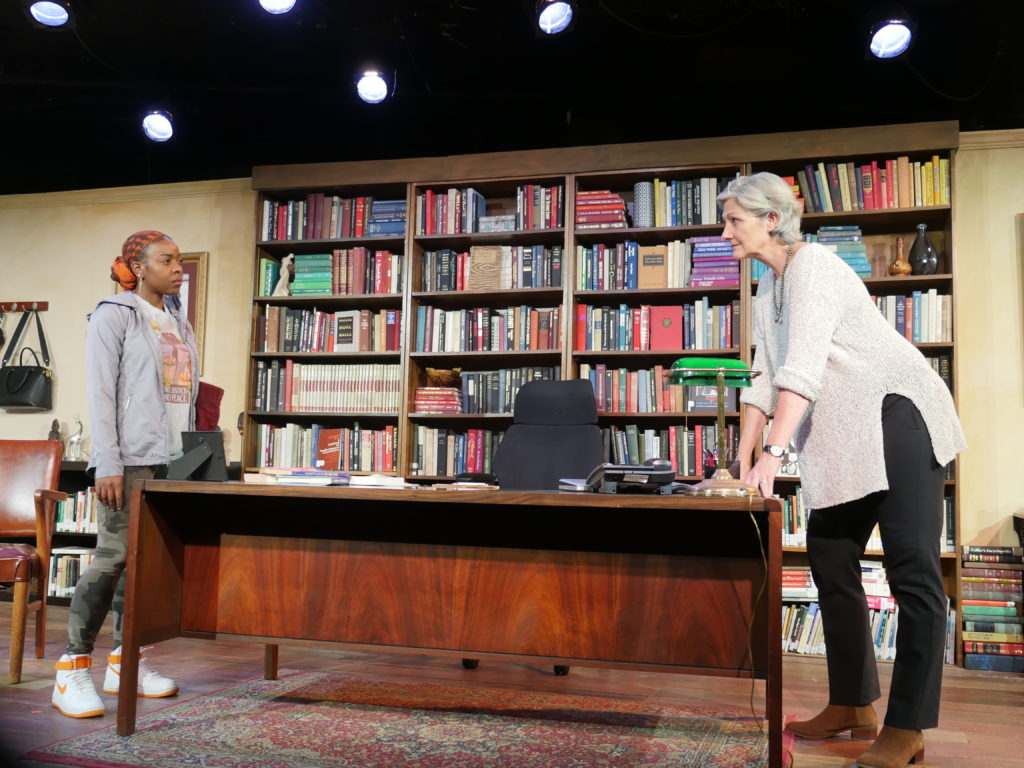 Filmed at Moxie’s space, Sonnenberg stages the interactions in an uncomfortably claustrophobic style. Her anxiety inducing direction makes good use of Julie Lorenz’s set, which is solely comprised of Janine’s campus office.

Sonnenberg gets two equally memorable performances from her stars. No matter how extreme their emotions get, Fields and Helsdingen always feel like real people in their portrayals of the passionate women.

Each performance begins with a preshow clip of a documentary that will premiere in 2021, on making theater during COVID with behind the scenes footage of The Niceties. Following the production, there is a talk with artists who work on the show, and/or other guests, hosted by Moxie’s co-founder and Executive Artistic Director, Jennifer Eve Thorn. The conversation I saw with Sonnenberg, assistant director, Vanessa Duron and the two performers, gave attendees even more to contemplate.

Moxie’s version of The Niceties fulfills its goal of getting theatregoers to talk about the debates. Although you won’t always agree with what Janine and Zoe say, their words are thought provoking and stick with you.

The Niceties is available for viewing through October 4.