For her Wednesday (April 26) harpsichord recital at UC San Diego’s Conrad Prebys Concert Hall, Takae Ohnishi took an unorthodox approach. In addition to her serious assemblage of both solo and chamber works for harpsichord composed by J. S. Bach, she interspersed an equal number of chamber works by the contemporary composer Lei Liang. 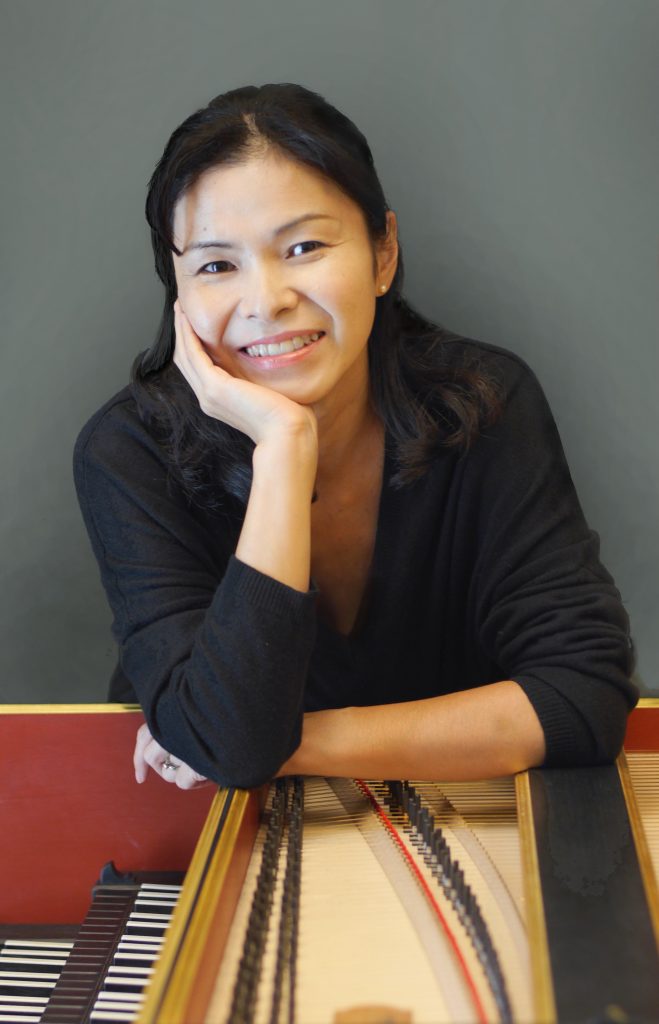 In the heyday of neoclassicism, such stylistic juxtapositions sailed along with ease: pairing Bach with Paul Hindemith or coupling Mozart with Francis Poulenc. But the contrapuntal density of Bach paired with the austere minimalism of Lei Liang required a greater leap of faith, although Ohnishi and her cohorts gave winning accounts of each composer’s works.

A few affinities surfaced, however. Early in the program, Ohnishi gave a vigorous yet polished account of Bach’s daunting five-movement Toccata in G Minor, BWV 915. She not only handled its rhapsodic sections with relish and apt freedom, but she also gave meticulous accounts of each fugue, including the lively double fugue. Later in the program Ohnishi offered Liang’s “Some Empty Thoughts on a Person from Edo,” a four-movement harpsichord solo as broadly structured and probing as the G Minor Bach Toccata.

“Some Empty Thoughts” opens with Liang’s signature deft watercolor of discrete, seemingly random tones that evolve into rolled chords of a slow motion toccata. In place of a fugue, Liang then offers an exciting movement of rapid flourishes that cavort from one manual of the harpsichord to the other, followed by a slower section of wandering arpeggios and surprising, sharp flourishes from opposite ends of the keyboards. His final movement returns to the harpsichord’s frail, highest register, from which Liang manages to evoke surprisingly mystical incantations.

“Landscape III,” another Liang “watercolor,” brought violinists Zou Yu and Missy Lukin together in a short, single-movement etude that slowly twisted their long, sustained lines in dangerously close proximity, subtly bending their pitches to provide exquisite detail. Liang’s “Winged Creatures” added cellist Chia-Ling Chien and Ohnishi to the two violinists in another short work of similar idiom, although this piece featured an extended cadenza that Ohnishi executed not from the keyboard, but by plucking and strumming strings from inside the harpsichord.

Chen gave the most virtuoso performance of the evening, undertaking with remarkable facility and gracious detail Bach’s Sonata in G Minor, BWV 1029, originally written for viola da gamba, although frequently played on the modern viola. Ohnishi matched Chen’s consistently insightful articulation and pulsing metrical drive throughout, although the steel strings of the modern viola slightly overbalanced the harpsichord (the stringed instrument’s of Bach’s era used softer sounding gut strings) no matter how elegantly Chen played. Nevertheless, this duo gave a stirring and rewarding account of a too rarely heard chamber work.

For an encore, all the players of the evening assembled on stage for a bracing account of the well-known Air from Bach’s Suite No. 3, BWV 1068.

This concert was given as part of the [email protected] series of UC San Diego at the Conrad Prebys Concert Hall on April 26, 2017.