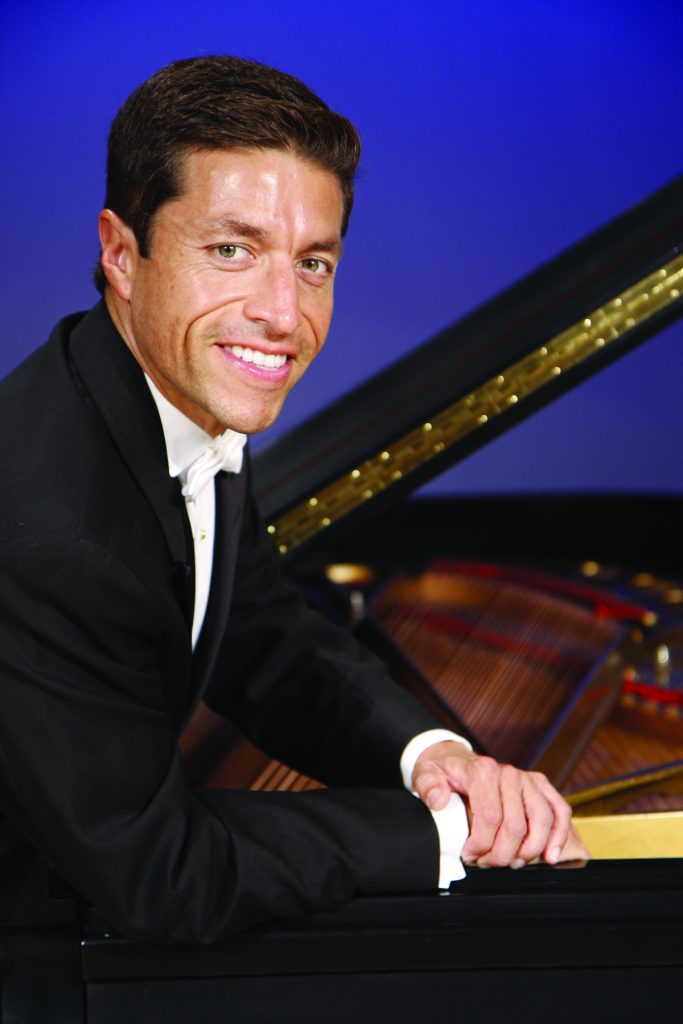 At the same time, La Jolla SummerFest 2021 brought dutifully masked audiences back indoors to The Conrad, and on Sunday afternoon, October 3, a slightly reduced audience—also masked—returned to the Atheneum Music and Arts Library in downtown La Jolla.

Romero has been performing his summer recital series for this revered La Jolla institution since July, 1999, although the restrictions of the pandemic prevented staging the series in 2020. Although a summer series in October stretches the definition of summer, a Romero recital at any time is a welcome gift.

Those of us who remember Romero as the cherubic, competition-winning prodigy from Chula Vista have relished his maturity into the sophisticated international concert artist. In Sunday’s electric Mozart D Major Sonata, K. 311, we heard Romero’s youthful exuberance animate his crisply defined textures: gleaming, succinct right-hand themes supported by deftly punctuated left-hand accompaniment. In the sonata’s expressive middle movement he lingered just long enough over the composer’s harmonic surprises and bold cadences, and in the final movement he stressed the unabashed operatic flare beneath the composer’s bravura pyrotechnics, a level of insight that maturity provides.

In Felix Mendelssohn’s “Variations sérieuses,” Op. 54, Romero lavished his dreamy legato on the composer’s effusive, even athletic figurations, a surfeit of brilliance that only complemented the work’s structural complexities and contrapuntal forays.

Romero’s amusing introduction of a trio of pieces by Jean Sibelius showed that he retains his puckish humor. “I never understood why an Italian music festival invited me, a Mexican-American musician, to participate in a festival devoted to Nordic composers, but it gave me the wonderful opportunity to discover the piano music of Sibelius.” Like many of the piano accompaniments of Richard Strauss lieder, these Sibelius piano works demand an encompassing, symphonic approach, which Romero supplied with alacrity.

Romero pulled dark, moody hues from the piano in Sibelius’ “Barcarola,” Op. 24, No. 10, (1903) a work that opened with deep growls in the instrument’s lowest range and expanded in that rhapsodic vein that we easily expect from the composer of “Finlandia” and a dozen other Nordic orchestral tone poems. The “Impromptu” No. 5 from the earlier (1893) Op. 5 set of impromptus struck me as a flashy homage to Chopin’s better salon pieces, although Sibelius must have liked this impromptu, because he later arranged it for orchestra.

An expansive “Romance,” Op. 24, No. 9, full of burly, extravagant themes closed Romero’s first half of the program with elan. Romero’s elegant, glowing sonority improved my opinion of the Athenaeum grand, which of has often struck me as overpowering in the modest, low-ceilinged room and just a bit dull.

Chopin’s Sonata No. 3 in B Minor filled the second half, a daunting work that brought out the performer’s most laudable virtues: sumptuous, ornamented melodies dashed off with unfailing finesse; dramatic pacing that never seemed to rush; and glowing moments of repose nestled between commanding, tempestuous feats. His Scherzo exuded a lighter, Mendelssohnian touch, and the nocturne-like Largo evoked profound mystery.

His encore was Alexander Siloti’s arrangement of J. S. Bach’s Prelude in B Minor.

This recital was presented by the La Jolla Athenaeum Music and Arts Library on Sunday, October 3, 2021. The series continues with 3 more recitals at the same venue: October 10, October 17, and October 24.