Although a program of musical theater golden oldies has long been a staple of the San Diego Symphony’s summer programming, Friday’s stunning homage to the musical theater genius of Jerry Herman at The Rady Shell soared high above those generic revues. 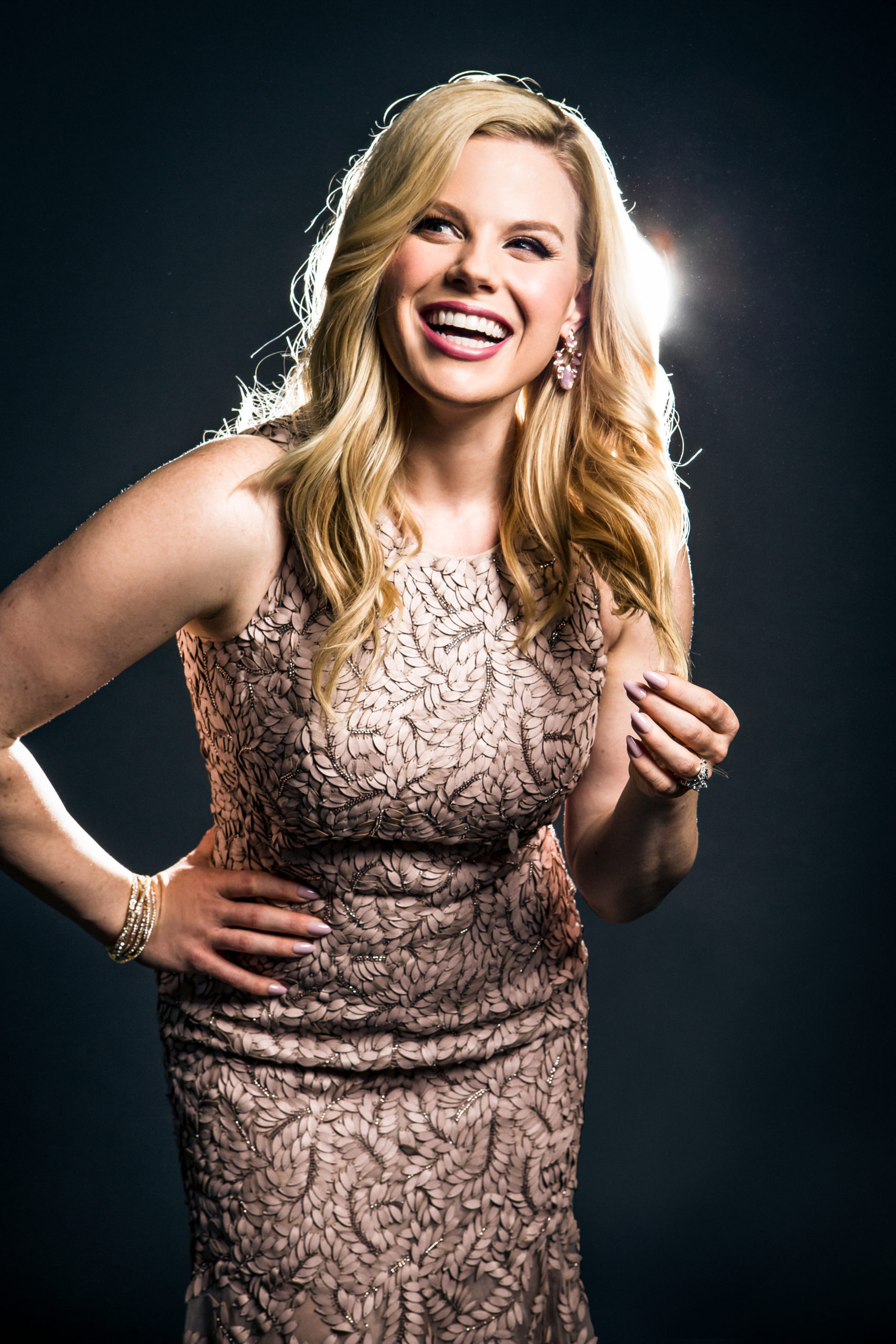 Opening with “It’s Today” from Herman’s 1966 blockbuster Mame, Hilty established her formidable belting panache that clearly puts her in the lineage of the Broadway icons Ethel Merman and Mary Martin. This high-octane arrangement surrounded Hilty with the choral heft of the San Diego Master Chorale as well as six gifted singers and dancers from the San Diego State University Musical Theatre Program, setting a laudable production standard that sustained the entire evening.

But belting is surely not Hilty’s only calling card. She caressed the tender lyrics of “It Only Takes a Moment” from Herman’s other 1960s smash hit Hello, Dolly!—gently weaving together  the composer’s short, almost choppy phrases into extended luminous melodies that elevated this simple ballad into a shimmering dialogue with the glowing harmonies of the Master Chorale. Although the song “Love, Look in My Window” is not always included in Hello, Dolly! productions, Hilty gave a touching account of this poignant ballad, sleekly accompanied by Rob Fisher at the piano.

The men of the Master Chorale and four of the SDSU singers displayed their macho chops welcoming Hilty in a riveting account of the musical’s signature tune “Hello, Dolly!” And the arrangement’s brassy orchestration as well as the SDSU students’ snappy choreography aptly crowned this familiar number.

Jasmine Rice LaBeija has mastered the unlikely career combination of heralded drag entertainer and accomplished operatic tenor. LeBeija immediately won over The Rady Shell audience with her smoldering, defiant account of “I Am What I Am” from Herman’s acclaimed 1983 hit La Cage aux Folles, then transitioned without dropping a beat into Calaf’s exalted tenor aria “Nessun dorma” from Puccini’s Turandot. For a moment this breathtaking vocal feat united the usually opposed camps of verismo opera lovers and musical theater fans. There should be a Nobel Prize for that, IMHO. On the program’s second half, LaBeija returned with a smart rendition of “The Moon Song” from Mame, assisted with the spirited voices of the Master Chorale women.

Under Rob Fisher’s consummate, stylish leadership, the orchestra’s exuberant accompaniment throughout the program expressed Herman’s essential optimism and joie de vivre. Kudos to Trumpet Principal Christopher Smith and his section for vibrant themes and descants tinged with a rakish edge, suggesting a first-class pit orchestra. Opening the program with the buoyant bravado of the Overture to Mame and offering the saucy “Entre’acte” from the 1974 Mack and Mabel post intermission, the orchestra smartly set the stage for this Herman tribute, and Fisher’s upbeat commentary illuminated his musical odyssey.

This concert was presented by the San Diego Symphony on Friday, July 8, 2022, at The Rady Shell at Jacobs Park on San Diego Bay.