Sunday at The Rady Shell, San Diego’s premier jazz trumpeter and impresario Gilbert Castellanos assembled an elite sextet of musicians to celebrate the music of Thelonious Monk. To the evident approval of a sizable crowd of jazz aficionados, Castellanos and his crew revealed the depth and musical brilliance of this titan of American 20th-century music. 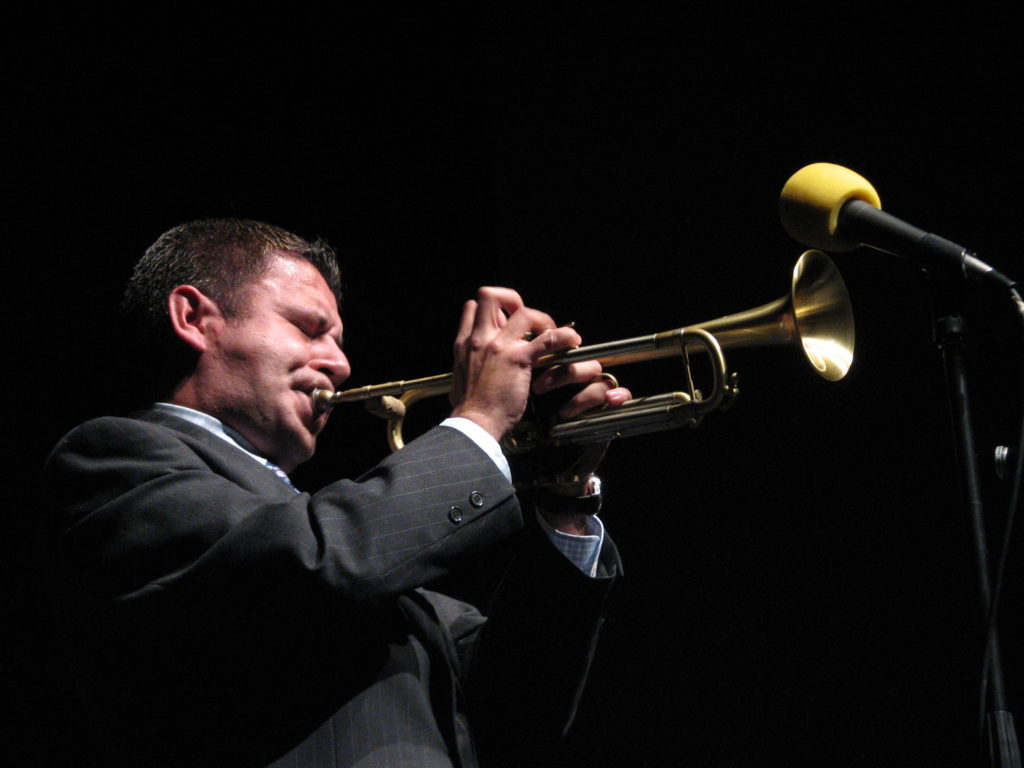 Early in the program, saxophone great Charles McPherson led an impassioned account of “‘Round Midnight,” the early 1940s tune that is arguably Monk’s most celebrated song. At age 82, McPherson’s skill and improvisatory panache proved undimmed as his sly, oblique intro wound its way to the familiar bluesy tune. His complex ornamentation, however, was neatly balanced by pianist Gerald Clayton’s airy, rhythmically asymmetrical deconstruction of the theme.

“Evidence,” Monk’s contrafact of the 1920s song “Just You, Just Me,” took a decade to evolve from its first recording to its final form on Monk’s 1957 Carnegie Hall concert. Percussion maestro Lewis Nash opened “Evidence” with a sophisticated flourish of drums and cymbals, and his understated precision uplifted the entire concert. His relaxed scat singing on “Blue Monk” was one of the concert’s happier surprises, along with the addition of popular local jazz flutist Holly Hoffmann to the ensemble for this iconic 1954 Monk favorite. The silvery quality of Hoffmann’s sleek elaborations complemented McPherson’s mellow mid-range excursions of the tune Monk recorded more times than any of his other compositions.

In 1952, Monk recorded his “Monk’s Dream” as a trio, and Sunday’s trio of Malone, Clayton, and bassist Rodney Whitaker gave a spellbinding account of this upbeat tune. Clayton’s dazzling urgency at the keyboard found unexpected support from Whitaker’s more laid-back but sweetly melodic permutations.

Among the full ensemble’s strongest presentations of the evening, their bracing “Rhythm-A-Ning,” a Monk favorite from the late 1950s, featured bravura but friendly competition between Castellanos and McPherson as the two soloists took Monk’s themes to stratospheric heights. Of course, the bright magenta lighting of The Rady Shell for this number may have amplified my reception of the performance.

This jazz program was presented by the San Diego Symphony as part of its 2022 summer season at The Rady Shell at Jacobs Park on San Diego Bay.