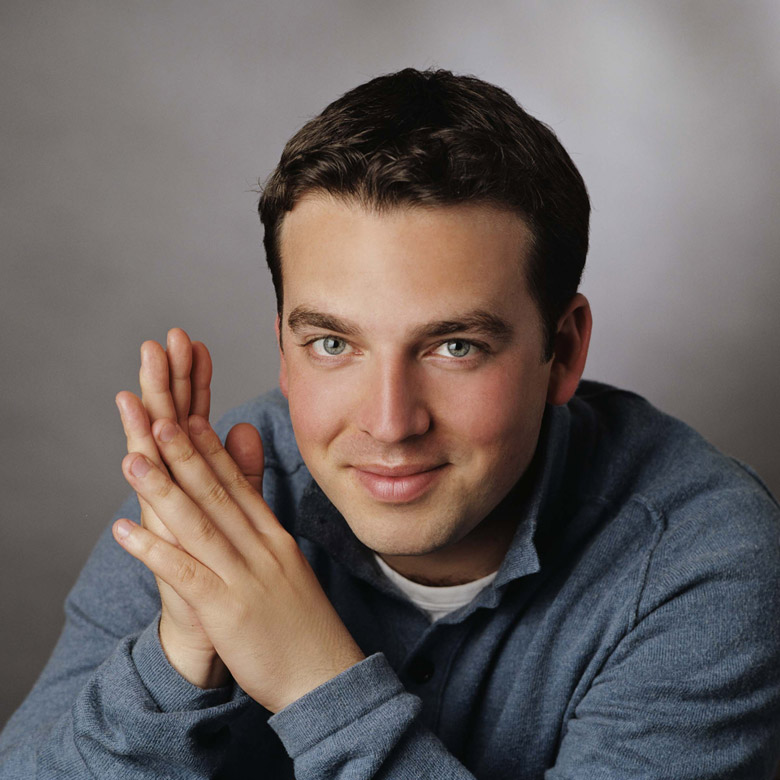 Gaffigan centered his program around Barber’s Symphony No. 1, Op. 9, a substantial but undeservedly neglected work from 1936, the golden age of American symphonists. Barber’s beautifully orchestrated waves of sound and constant melodic invention drove the opening section, a dramatic tour de force indebted to but hardly a copy of the symphonic style of Jean Sibelius. Gaffigan drew a bold, robust sonority from the orchestra, unleashing the score’s dramatic potential and aided by Andrea Overturf’s vibrant English Horn solo.

Although this Symphony was composed as a single movement, it clearly gathers into four rather traditional sections. The second section, a flighty scherzo, features choice woodwind solos with harp accompaniment, and in the gentler third section, Principal Oboe Sarah Skuster transformed the earlier English Horn theme into a radiant meditation over translucent string accompaniment.

A nod to the neoclassical lingua franca of the 1920s, Barber’s final section offers a passacaglia that starts in the low strings and soon calls in the entire orchestra, with the solid brass choirs of the San Diego Symphony burnishing the section’s climax as a grand, noble processional.

In this era between the World Wars, the leading American composers—Howard Hanson, William Schuman, David Diamond, Roy Harris, Aaron Copland and others—created an impressive body of symphonic work that disappeared in the post-World War II decades. These fine works fell out of favor, dismissed as old hat by the atonal and 12-tone musical doctrines espoused in the leading university music departments and ignored by conservative orchestra managements eager to pad their subscription audiences by programming nothing but standard repertory.

Is it not time for American orchestras to shelve the Schubert, Schumann, and Brahms symphonies we have been ceaselessly fed and know to the point of retching, and, in their place, turn to this rich and essentially unknown cache of American work that is our patrimony?

For his newest piece on the program, Gaffigan turned to Steven Stuckey’s “Rhapsodies,” a shorter, single-movement orchestral piece that the New York Philharmonic commissioned for its 2008 European tour. Although Stuckey’s astringent harmonic vocabulary with its densely layered themes and high-pitched clusters is a far cry from Barber’s lush neo-romantic approach to tonality, I noted uncanny similarities: Stuckey’s broadly-arched themes and the dramatic surge of his rhapsodic episodes struck me as surprisingly parallel to Barber’s opening section of his Symphony. And Stuckey even included an important English Horn solo. “Rhapsodies” proved to be one of those completely engaging new pieces that I gladly would have heard repeated on the concert’s second half.

What could be more quintessentially American than a concerto for tap dancer? Morton Gould, a prolific composer as successful on Broadway as he was with symphonic commissions, wrote “Tap Dance Concerto” in 1952 for the dancer Danny Daniels, who had appeared in one of Gould’s Broadway shows. If it sounds like a stunt, believe me it is not! Cartier Williams executed this 20-minute feat of non-stop dancing in front of the orchestra—where the grand piano would sit in a piano concerto—to the delight and amazement of the Copley Symphony Hall audience.

While the specific choreography is left to the dancer, Gould carefully notated the tap patterns in the score, so the dancer’s rhythms must align precisely with what the orchetsra plays. Cartier Williams interpreted the contrasting moods and tempos of the score with brilliance and more than a touch of humor. Only his amazing stamina challenged his bravura technique.

Gaffigan added two jazz works to this program of vivid contrasts: Duke Ellington’s “Harlem” for full orchestra and jazz ensemble, and Leonard Bernstein’s “Prelude, Fugue and Riffs for Solo Clarinet and Jazz Ensemble.” Symphony Principal Clarinet Sheryl Renk confidently dispatched Bernstein’s demanding, virtuoso clarinet solos without compromising her velvet smooth sound that we regularly enjoy in those grand orchestral tone poems and symphonies. It must be daunting, however, to know the piece you are about to play was first performed by no less than Benny Goodman, to whom the work is dedicated. Brava!

Ellington’s “Harlem,” a musical valentine characterizing the multicultural facets of the composer’s home turf, proved less winning than I anticipated. In spite of some rhythmically engaging Latin dances and tantalizing jazz licks, much of the piece treaded water with a series of episodic solo riffs.

Gaffigan conducted “Harlem” with animated fervor and no small amount of podium dancing. As Chief Conductor of Switzerland’s Lucerne Symphony and Principal Guest Conductor of the Netherlands Radio Philharmonic, his career has taken off in Europe. Let’s hope this American conductor is summoned to an important symphony post on this side of the Atlantic.

[themify_box style=”shadow” ]The concert was performed by the San Diego Symphony at the Jacobs Music Center’s Copley Symphony Hall in downtown San Diego on Friday, January 27, 2017. It will be repeated on Sunday, January 29, at 2:00 p.m. in the same venue.[/themify_box]