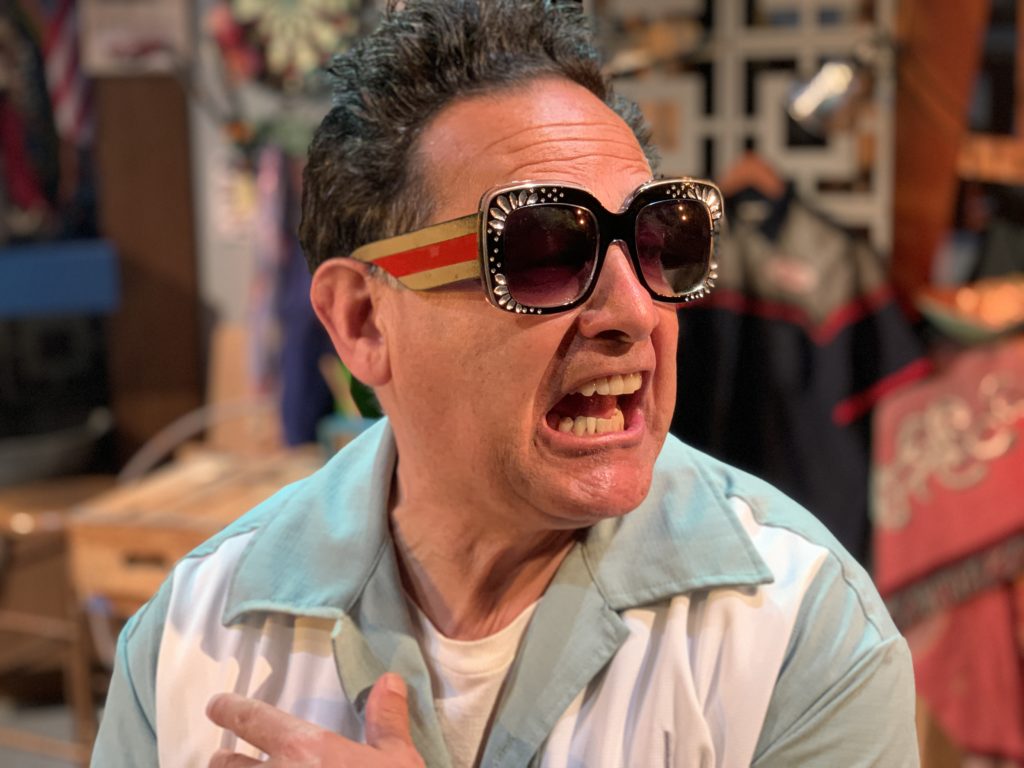 Reflecting on your youth could be a rewarding experience. Doing a deep dive into the past, may lead people to be thankful for their lives as adults. San Diego Repertory Theatre’s production of the solo show, 57 Chevy, dramatizes the childhood of the Emmy-Award winning writer/comedian, Cris Franco (portrayed by Ric Salinas), with a nostalgic and loving look at his youth and family.

While in a suburban garage in the San Fernando Valley (beautifully brought to life on Christopher Scott Murillo’s set), Cris, also known as Junior, begins to reminiscence about his adolescence and his relationship with his mechanic father, Cris Sr.

The story is focused less on the 1957 Chevy that Cris Sr. owns, and more about Junior’s connections with his parents, and their big move from East Los Angeles to the valley.

Following a brief history about Chevrolet cars, the video presentation slows down as Junior spends time in the garage. Seeing Junior doing activities like silently looking at his Del computer, jumping in a hula hoop and swinging a baseball bat might work better on stage, but viewing it online makes the first few minutes feel excessive and unnecessary.

The pace immediately picks up when Junior finds his dad’s work shirt and begins to talk to the audience about his father relocating his family from Mexico to the United States. Audiences are soon won over by Junior, as he shares one anecdote after another, which Salinas sells with his larger-than-life acting. 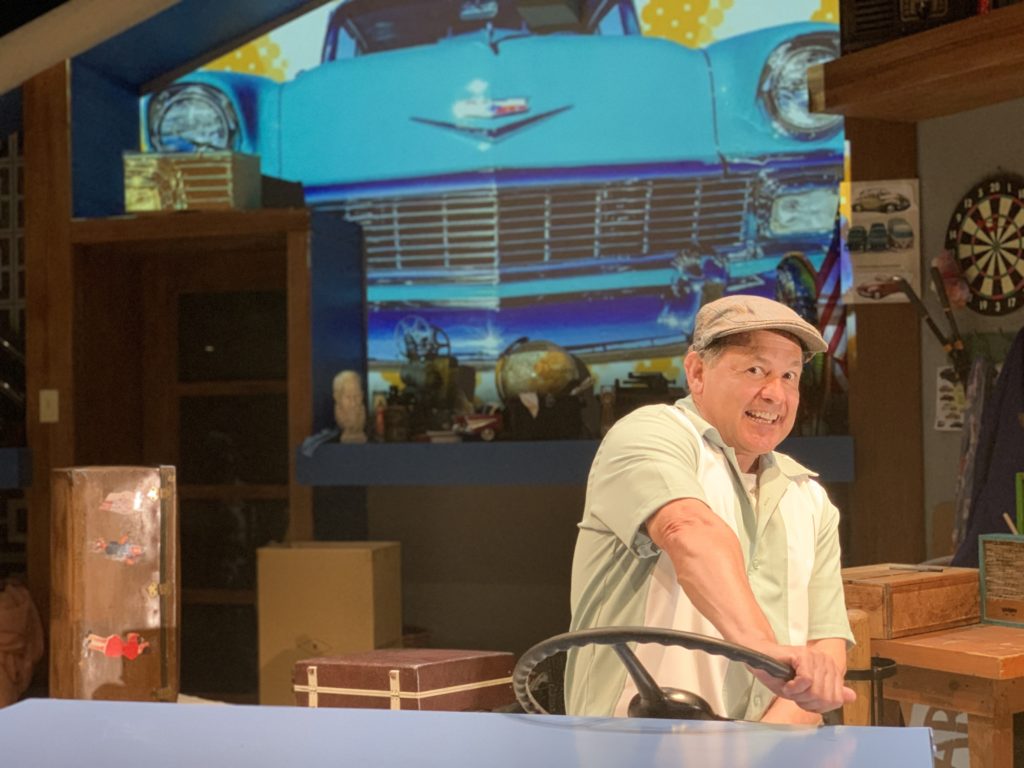 Salinas portrays Junior and his parents with dignity and respect, and is hilarious showcasing the son’s creative and imaginative personality. He balances broad comedy, with contemplative moments from Franco’s script.

Franco’s prose (Valerie Dunlap is credited as the co-creator and Salinas wrote additional dialogue) are upbeat, even when discussing serious topics including immigration and death. There is a feel-good quality to the tale, and the co-directors, Herbert Siguenza and Artistic Director, Sam Woodhouse, maintain a high energy throughout the staging (cinematography from Tim Powell).

The co-directors create a fantastical tone with help from lighting designer, Mextly Couzin, and sound designer, Matt Lescault-Wood. All four crewmembers work together to showcase Junior’s inner thoughts, especially during a clever homage to “The Twilight Zone” and a sequence where he pretends to be a double agent.

Lighthearted and cheery, 57 Chevy is a terrific portrayal of a son and father living the American Dream. Franco has crafted a warm and very funny memory play, and the directors could not have gotten a better performance from Salinas.

57 Chevy is available for viewing through August 15.