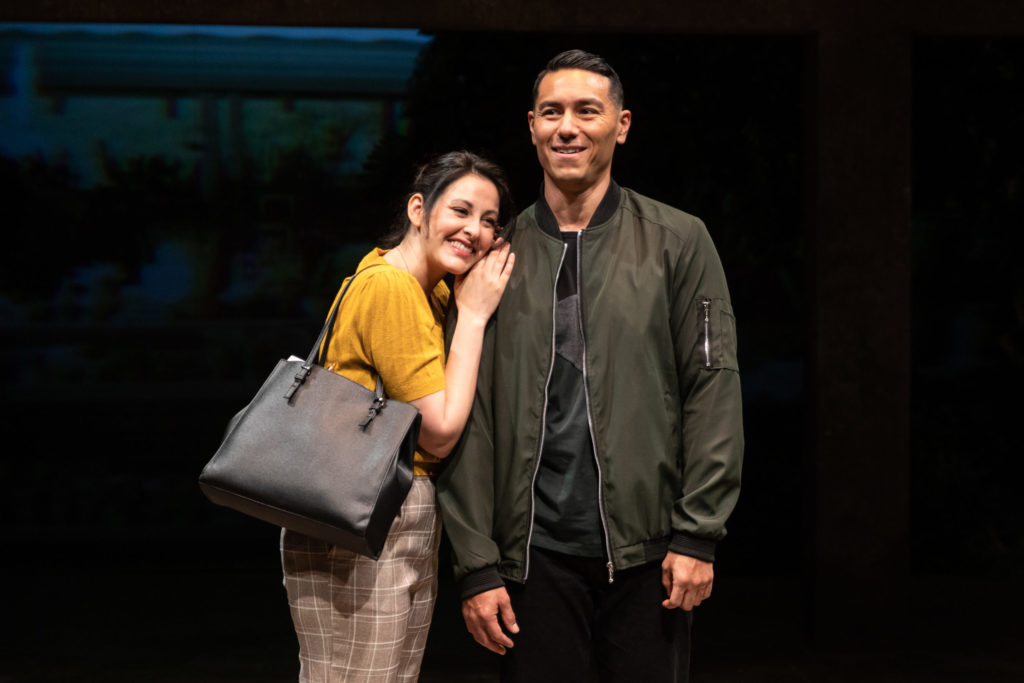 Drug addiction and war are two things that are difficult for many people to recover from. These topics are explored through characters attempting to overcome their inner demons in Cygnet Theatre’s terrific and riveting production of Water by the Spoonful.

Set in 2009, Elliot Ortiz (Steven Lone) is a 24-year-old Puerto Rican veteran who served with the Marines throughout his time in Iraq. Honorably discharged, he works at a Subway restaurant, and takes care of the woman who raised him, Mami Ginny, who has cancer. He becomes increasingly stressed as Ginny’s disease worsens.

At an internet chatroom for recovering drug addicts, Odessa, whose username is Haikumom (Catalina Maynard), offers to help others stay sober and live fulfilling lives.

While these two plots do not appear to connect, they eventually do further into the tale.

Every scene written by playwright Quiara Alegria Hudes is a masterful balancing act of different tones and emotions. It’s the kind of play where a segment starts off very casually, suddenly turns raw and intense and ends on a genuinely hopeful note.

Hudes’ Pulitzer-Prize winning narrative (part two of a trilogy focusing on Elliot) is often very funny, and humor comes across as both a defense mechanism and as a means of survival. The majority of the flawed souls depicted onstage go through heavy struggles and utter clever remarks to cope with personal issues.

Ross’ use of music adds to the evening as well, particularly during a jazz lecture by Elliot’s cousin, Yazmin (Melissa Ortiz), that includes the usage of John Coltrane’s “A Love Supreme, Pt. 1 – Acknowledgement.” The discussion talks about dissonance in music, which ties into the isolation that Elliot and others are facing. 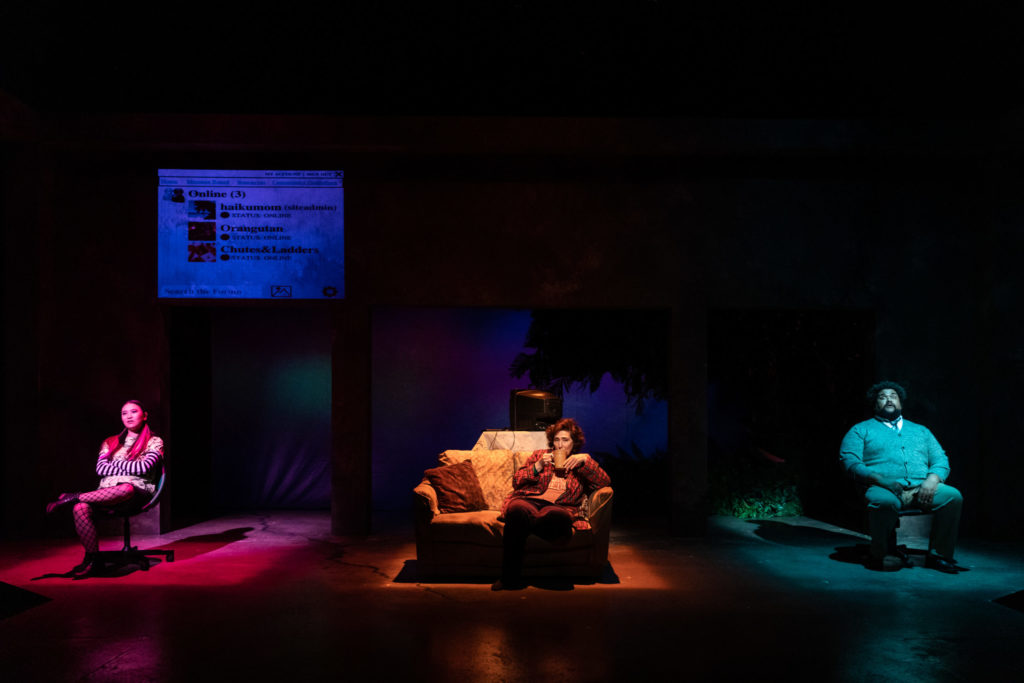 Though there were some line flubs at the performance I attended, the ensemble powerfully portrayed sympathetic personalities on the Old Town stage. Lone captures Elliot’s anger, sharp wit and heartbreak, and shows plenty of warmth in his sequences with Ortiz, who is equally well-cast as the music professor, Yazmin.

Just as strong as Lone and Ortiz is Maynard, who beautifully showcases Odessa’s nurturing attitude, as well as the obstacles she continues to face as she overcomes addiction.

As members of Odessa’s chatroom, Bryan Barbarin, Emily Song Tyler and Christian Haines are all touching, especially as their backstories are revealed to theatregoers. They create empathy playing individuals trying to stay sober and improve themselves in the process.

Posted in THEATRE REVIEWS and tagged "In the Heights, A Soldier's Fugue, Elliot, Lin Manuel Miranda, Miss You Like Hell, The Happiest Song Plays Last, Vivo