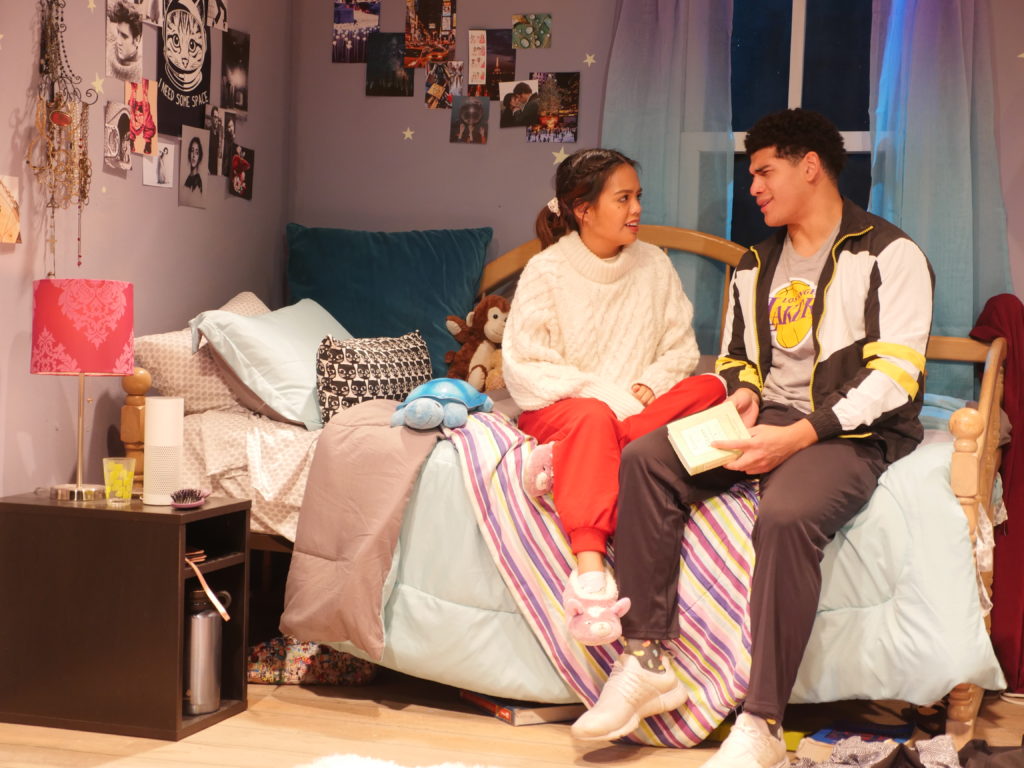 High school can be a difficult time for teenagers. Though some look back at those years as their glory days, others feel quite differently.

Regardless, adolescents are still able to find meaningful connections through struggles, which is explored in Moxie Theatre and Electric Company Theatre’s production of the touching drama, I and You.

On a random school night, a young basketball player, Anthony (Miles Henry) visits his classmate’s, Caroline (Justine Sombilon), house to work on a group project about Walt Whitman’s poem, “Song of Myself.”

Caroline does not want to contribute to the report, but Anthony eventually convinces her that they need to work together in order to be successful. Over the course of the evening, Caroline starts to open up to Anthony, and a genuine friendship begins to blossom.

At first, Lauren Gunderson’s writing makes Caroline’s pessimistic and closed off personality too over the top and exaggerated.

However, once Caroline agrees to help Anthony, the narrative picks up significantly as more information is exchanged, and the rest of Gunderson’s script is full of smart, funny, and human moments.

The text highlights Whitman’s accomplishments, without losing the audience in the details. Theatregoers who love Whitman should enjoy the references to his work, and those that barely know him, will appreciate his unique voice. Gunderson’s dialogue captivates on stage, due to Callie Prendiville’s, the associate artistic director of Moxie, direction.

Prendiville’s staging (the video was filmed and edited by John Brooks) emphasizes the intimate conversations between Caroline and Anthony. Her focus on the characters allows the central relationship to be emotionally impactful as the events of the night unfold. Prendiville gets authentic performances from Sombilon and Henry’s accurate depictions of contrasting youths. 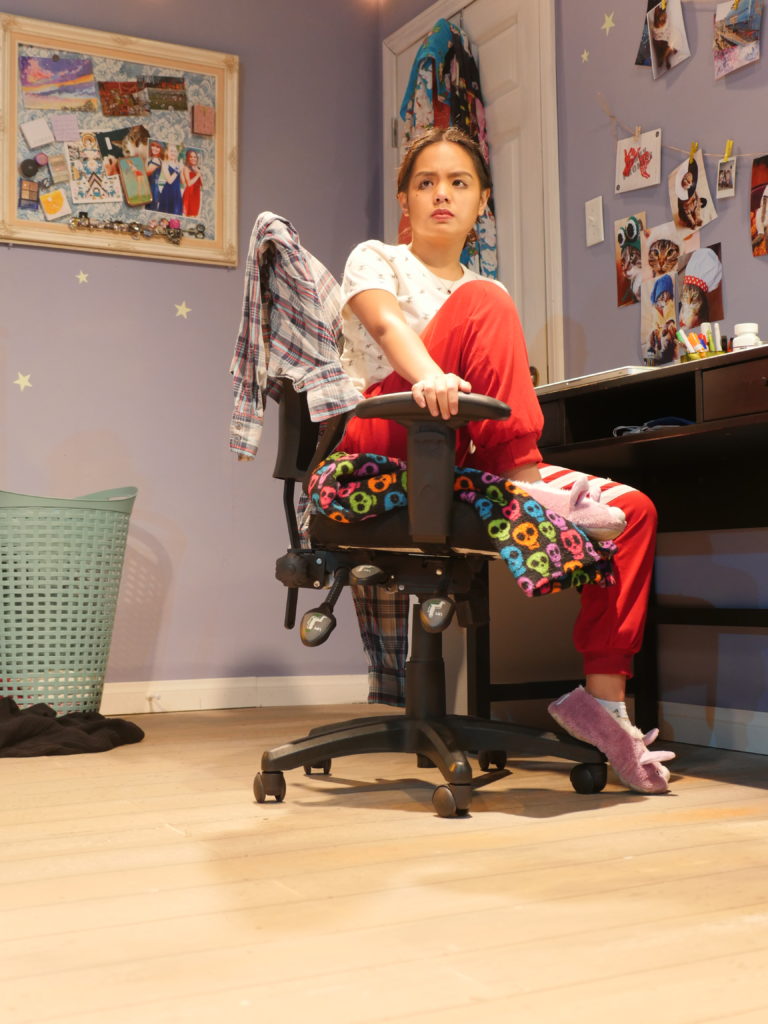 The connection that forms between the unlikely friends is hard to resist, thanks to the acting from the leads. Both Caroline and Anthony are dealing with dark issues, that are intensely expressed during their individual monologues.

I and You works so well, because of Gunderson’s empathetic and bittersweet depiction of finding unexpected hope in difficult times. The story resonates equally with high school students and older adults.

I and You is available for viewing through March 28.