From his first appearance on the San Diego Symphony podium in January 2015, maestro Edo de Waart revealed his amazing chemistry with this orchestra. After only a few rehearsals with de Waart, the San Diego Symphony exhibited an unexpected vibrancy and played with a warmer sound, as well as a noticeably improved cohesion within each section. Return visits proved this improvement was no fluke, and once the orchestra had secured Rafael Payare as the new Music Director, de Waart was promptly named Principal Guest Conductor. 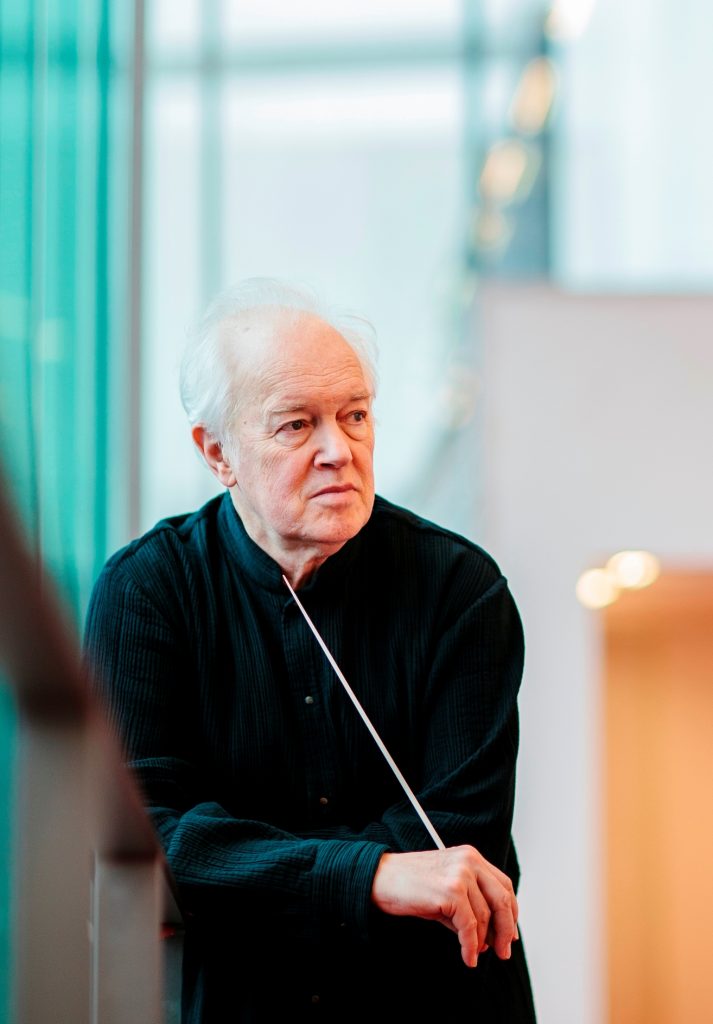 Friday, in his second program of the Symphony’s current month-long Beethoven at 250 festival, de Waart continued to work his magic, turning out a dramatic but keenly focused account of Beethoven’s Fifth Symphony paired with an exhilarating presentation of John Adams’ 1994 Violin Concerto with the accomplished Leila Josefowicz as soloist.

A powerful, unrelenting work, Adams’ Violin Concerto makes daunting demands on both the orchestra and the soloist, who is given but a few moments of rest in this 35-minute 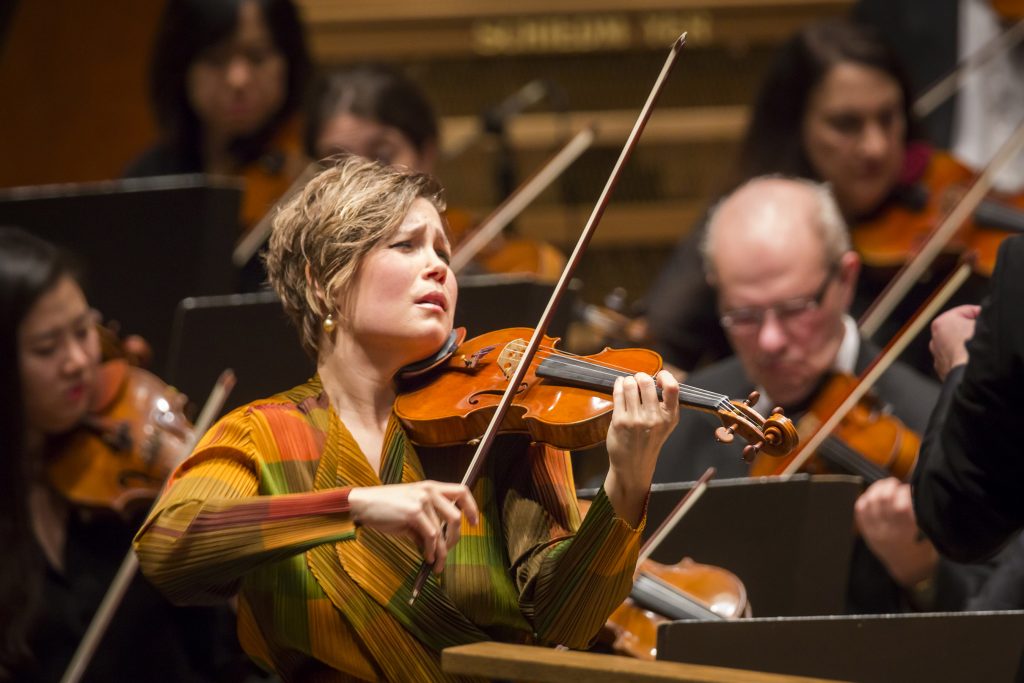 opus—unlike the typical concerto structure where orchestra and soloist trade off presentation of each major thematic exposition. In Adams’ expansive opening movement—the composer gives it no name other than Quarter note = 78—Josefowicz sustained a scintillating cantilena embellished with copious flourishes over sinuous but powerful undulations from the orchestra’s strings, peppered with feisty melodic stabs from the winds.

This first movement melts into a slow, mysterious, nocturnal Chaconne, in which the orchestra indulges in a superficially static but stealthy, ominous chordal tableau that allows the soloist to spin out more traditionally shaped phrases. The movement also features sumptuous horn solos, deftly tempered by Principal Horn Benjamin Jaber, and angular counterpoint from a pair of synthesizers, ably played by Bryan Verhoye and Leigh Petit. Following time-honored convention, this concerto concludes with a bristling finale, Toccare, whose imposing demands were subdued by Josefowicz’s bravura technique and ample stamina.

Like the other works of Adams mature style—the Violin Concerto was composed between two of his major operas The Death of Klinghoffer and Doctor Atomic—Adams pays his debt to the minimalist movement by creating dense textures and complex themes that majestically transcend those Reich and Glass repetitive triadic pieties that defined the early manifestations of the movement.

De Waart’s mastery of Adams’ Violin Concerto comes as no surprise: he premiered the Violin Concerto in 1994 as Music Director of the Minnesota Orchestra, having collaborated with Adams since the late 1970s, when de Waart was Music Director of the San Francisco Symphony and Adams was a little-known faculty member of the San Francisco Conservatory of Music.

In 1995, Adams’ Violin Concerto was given the prestigious Grawemeyer Award, but this was not sufficient to put the work on the radar of the San Diego Symphony’s former Music Director Jahja Ling. In truth, Ling avoided Adams’ major works with the parallel unshakable consistency with which he enthusiastically programmed the post-Romantic warhorses of Respighi and Rachmaninoff.

Guest conductor Markus Stenz led an impressive traversal of Beethoven’s Fifith Symphony with this orchestra in 2017, but de Waart easily surpassed that benchmark with a disciplined, extravagantly detailed performance that communicated the composer’s passion with almost frightening urgency. The orchestra displayed some of its finest playing of the season in the Fifth, and the sumptuous sonority of the violas and cellos in the opening of the second movement, Andante con Moto, was amazing!

The orchestra’s strings opened the concert with Felix Weingartner’s arrangement of Beethoven’s late and much lauded “Grosse Fuge” (“Great Fugue”) in B-flat major, Op. 133. Although the orchestra’s articulate playing of this contrapuntal gem left little more to be desired, I cannot say I was persuaded that expanding this elegant, intricate piece written for string quartet was actually improved by expanding it to a large contingent of orchestral strings.

This concert was presented by the San Diego Symphony in the Jacobs Music Center’s Copley Symphony Hall on January 17, 2020, and will be repeated January 18 in the same venue. The “Beethoven at 250” festival continues through January 25.