Over long and acclaimed performing careers, violinist Itzhak Perlman and pianist Emanuel Ax have amassed a respectable following, so it was no surprise that the Jacobs Music Center’s Copley Symphony Hall sold out for their duo recital Wednesday (January 20). 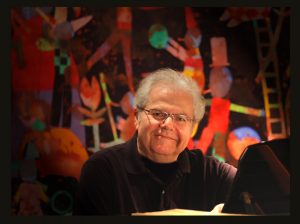 Their program—three violin sonatas and a few bubbly encores—offered some less than usual choices, but never strayed from the bounds of the comfortable classical-Romantic musical idiom. This program could have been given 100 years ago without raising an eyebrow.

Because of its unrelenting virtuoso demands, Richard Strauss’s E-flat Violin Sonata, Op. 18, does not frequently find its way to the concert hall, and it was a delight to hear these two accomplished musicians give this sonata with undisguised symphonic aspirations its due. Ax tore into the bold, declamatory strokes that open the first movement, and, indeed, the entire sonata’s aggressive piano writing suited Ax’s muscular technique perfectly.

In the Andante cantabile, really an aria without words for the violin, Perlman caressed each phrase tenderly with a clear, dulcet tone, his most winning playing of the entire evening. Each player eagerly transitioned  into the movement’s turbulent dialogue, assuming stances alternately ardent and droll. 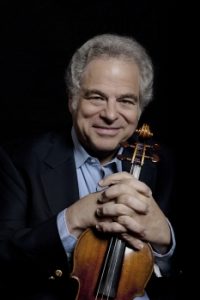 Although the finale opens with dark, menacing chord progressions form the piano, it quickly morphs into a raucous free-for-all that presages the bumptious confidence of Baron Ochs, a character Strauss so vividly created some 20 years later for his most successful opera, Der Rosenkavalier. Both players appeared to relish the composer’s grand—and occasionally gaudy—overstatement.

Gabriel Fauré’s Violin Sonata No. 1 in A Major, Op. 13, attempts to reconcile the beguiling flourishes of Gallic salon music with the architectural rigor of the conservatory. It occasionally succeeds. In this early work, the composer generously gives the solo piano sweeping, symphonic textures, which Ax deployed gallantly, but wisely pruned them back whenever the violin entered with its graceful, sinuous lines. Again, Perlman was in top form in the lyrical sections, displaying his slender, refined sonority and limpid phrasing.

In the more robust sections of this sonata, however, I missed a fuller sound and stronger command of melodic line from Perlman. At age 70 he retains the finesse and agility that have always characterized his playing, but the power of his sound is diminished. This was painfully obvious in the opening Mozart Sonata in C Major, K. 296, where Ax and the concert grand drowned out Perlman much of the time. It sounded like a brilliant piano sonata with an offstage violinist improvising lines here and there. Ax’s account of the Mozart was nothing less than crisp and scintillating at every turn.

After a bit of well-rehearsed but supposedly improvised chatter about what encores the duo should play, they made their way through Antonin Dvorak’s folk-song inspired second movement of his Violin Sonatina and the billowing lyricism of Robert Schumann’s “Phantasiestück,” Op. 73, No. 1. To please the violinists in the audience, Perlman offered a pair of beloved Frizt Kreisler encores: “Schön Rosmarin“ and “Tambourin chinois.“ Perlman has not lost the finesse with which he has always dispatched these baubles of immense technical complexity, and his fans could not have been more delighted.