The eminent Swiss conductor Charles Dutoit visited the podium of the San Diego Symphony Friday (May 19) to lead the orchestra through an astonishingly vibrant performance of Stravinsky’s “Petroushka.” The middle ballet of the three revolutionary scores the young Russian composer wrote for Les Ballets Russes in the opening decades of the last century, “Petrushka” is every bit as revolutionary as “The Rite of Spring”—it simply did not have the latter’s outrageous choreography that unleashed the concert hall riot no history book can ever fail to highlight.

From Dutoit’s electric, unstinting masterful direction, it was clear that he holds the score in highest esteem. With the Montreal Symphony, the orchestra on this side of the Atlantic he directed for some 25 years, he made a recording thirty years ago of Stravinsky’s original 1911 score (the composer revised it in 1947 for a slightly smaller orchestra), the score the San Diego Symphony played. He has lived with this complex score for decades, and it showed: no detail escaped his attention.

From the orchestra’s superb response—consistently tight ensemble playing, brilliant solo work, and an unusually sumptuous full orchestral sonority—the San Diego Symphony was ready to meet the conductor’s expectations. Mahler’s Third Symphony at the beginning of May and Bartok’s Third Piano Concerto last weekend proved to be just the right preparation for “Petrushka.”

What makes “Petrushka” exciting—and difficult to perform—is the way the composer instantaneously flits among widely contrasting moods, textures, meters, and thematic styles. As the composer depicts his fanciful drama of a romantic trio of puppets under the control of a magician at a bustling urban fair, solos unexpectedly pop out of the orchestra at every turn: a wild flourish from the piano or celesta; low moans from the horns or the contrabassoon; magical roulades from the flute; strident shrieks from a pair of clarinets (playing in keys a tritone apart!); sharp drum rolls or a rippling xylophone obbligato, and ominous barks from the trombones. And of course, our anti-hero Petrushka’s own jaunty, angular trumpet theme, smartly repeated in so many sleek permutations by Principal Trumpet Micah Wilkinson.

I do hope the curmudgeons who complain that San Diego Symphony audiences don’t want to hear 20th-century music were present to see (and hear!) the Jacobs Music Center audience’s roaring, lengthy applause and approving shouts for Stravinsky’s “Petrushka.” 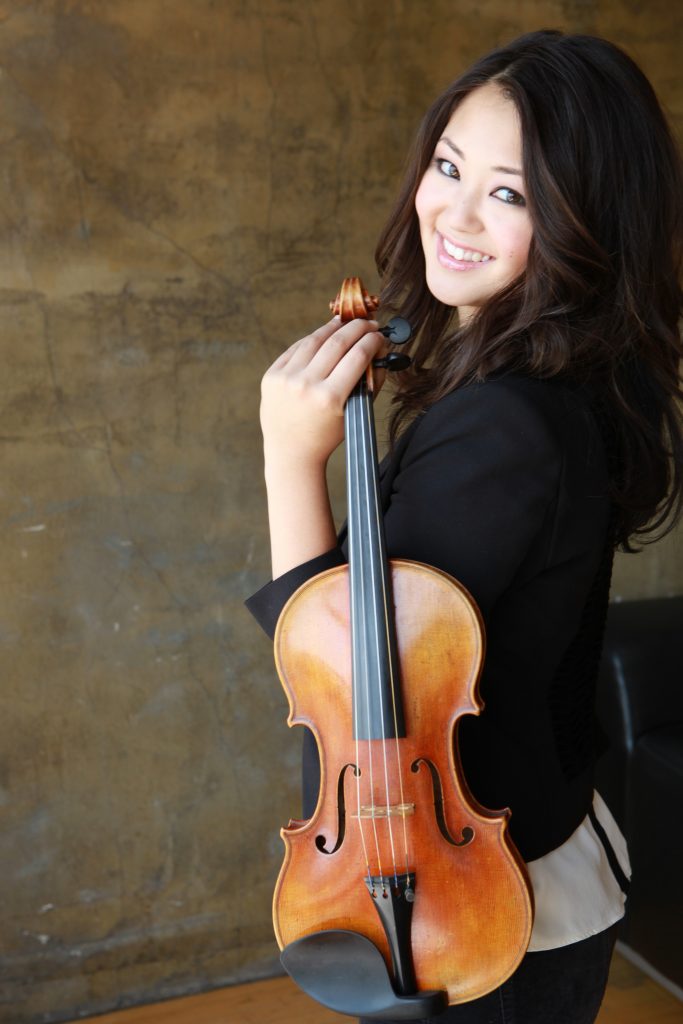 Dutoit opened his program with an ebullient, Mozartean account of Beethoven’s Overture to The Creatures of Prometheus, and he treated us to Mozart’s Third Violin Concerto, K. 216, with Simone Porter as soloist. Her pellucid classical period style—sparkling figurations and a silken cantabile line—brought every pleasure of this familiar concerto immediately to the surface. We will no doubt be hearing more from this poised, accomplished 19-year-old violinist. Dutoit and the orchestra proved to be elegant partners throughout the concerto.

Because “Petrushka” ends in such a quiet fashion, it is not the perfect closing piece for a concert, so Dutoit chose Maurice Ravel’s short but marvelously dramatic “La Valse” to end his program. Composed in the same decade as the Stravinsky ballet, “La Valse” takes the familiar 19th-century dance into the harmonic maelstrom of the early 20th century. Under Dutoit’s astute, detailed direction, the orchestra gave “La Valse” both the polish and the panache it needs to sweep the audience off its feet.

[themify_box style=”shadow” ]This concert was given by the San Diego Symphony at the Jacobs Music Center’s Copley Symphony Hall on Friday, May 19, 2017. It will be repeated in the same venue May 20 and 21. Next week’s symphony performances, May 26, 27 & 28, 2017, will feature pianist Yefim Bronfman and Jahja Ling in his final appearance on the podium as Music Director.[/themify_box]