It has been some time since touring duo piano teams were the rage. I’m thinking of those talented gay guys Arthur Gold and Robert Fizdale—they also hosted a popular TV cooking show—and those magnificent French sisters of the chic leather outfits, Katia and Marielle Labèque. 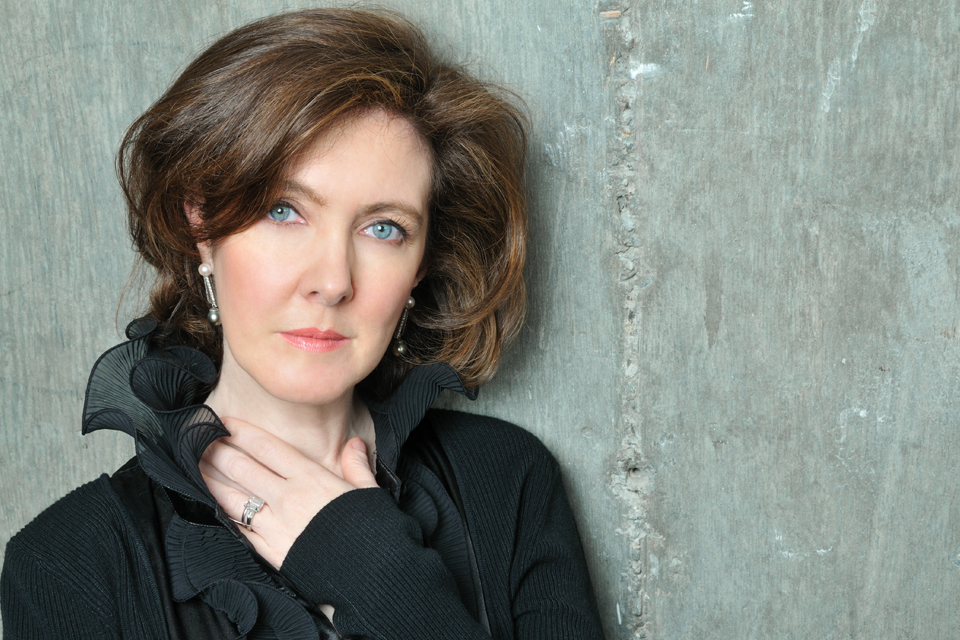 Although pianists Anne-Marie McDermott and Christopher O’Riley occasionally perform duo-piano repertory together, they have not officially taken their wares on the road in the time-honored fashion. But Mainly Mozart patrons enjoyed a lively sampler of McDermott and O’Riley together on Saturday (February 4) at La Jolla’s Auditorium at TSRI. Their Spotlight Series program included substantial duo-piano offerings by Camille Saint-Saëns, Robert Schumann, Sergei Rachmaninoff and John Adams.

The celebrated duo piano teams typically shaped their individual techniques to stress a similarity of approach, producing a tightly unified sound package. McDermott and O’Riley, however, have different backgrounds and different approaches. An international recitalist who also curates Mainly Mozart’s Spotlight Series, McDermott produces a sonority that is unusually bright, her figurations sharply defined by her strong, articulate keyboard technique. O’Riley, known as an improvisor and discoverer of fresh musical talent on his NPR program “From the Top,” plays more deeply into the keys, producing a more rounded—even plush—piano sonority with less defined articulation.

For the largely Romantic repertory they performed, however, their differences proved complementary rather than distracting. They opened with Saint-Saëns’ flamboyant “Variations on a Theme of Beethoven,” tossing back and forth with great relish the composer’s rhapsodic effusions. As one of the great piano virtuosos of his day, Saint-Saëns knew how to dazzle his listeners at the keyboard, but he could also use his sense of humor to amuse, a facet of his writing this duo captured in spades.

They moved on to a more serious opus, Robert Schumann’s “Andante and Variations,” Op. 46, in which the great Lieder composer offered abundant heartfelt cantabile themes between occasional flourishes and passages of stentorian declamation. Sergei Rachmaninoff’s four-movement Suite No. 1, Op. 5: “Fantasie-Tableaux,” formed the heart of this two-piano feast, opening with a sumptuous collage of cascading bell-sounds—a favorite Rachmaninoff musical signature—that rocked the intimate Auditorium gloriously. Arguably the greatest pianist of his generation, Rachmaninoff understood how to employ two pianos to simulate an overwhelming orchestral tapestry, which McDermott and O’Riley realized with confidence and panache. Their stirring Rachmaninoff performance proved far more rewarding than the Rachmaninoff First Piano Concerto offered the following afternoon in Copley Symphony Hall by the San Diego Symphony, but I am getting ahead of myself.

The duo brought their program to a vibrant conclusion with a spectacular performance of John Adams’ 1996 “Hallelujah Junction,” a rousing minimalist excursion that encompasses both the pulsing energy and relentless iterations that identify his orchestral hit Harmonielehre and some of the more ingratiating melodic turns found in his opera scores. (Those who follow Adams will recognize that he also chose Hallelujah Junction as the title of his autobiography.) For this keyboard extravaganza, ¡Hallelujah! was definitely the appropriate audience response.

This program was presented by Mainly Mozart at La Jolla’s Auditorium at TSRI on Saturday, February 4, 2017. The next Spotlight Chamber Music offering by this organization will be The Manderling Quartet on March 11 in the same venue.