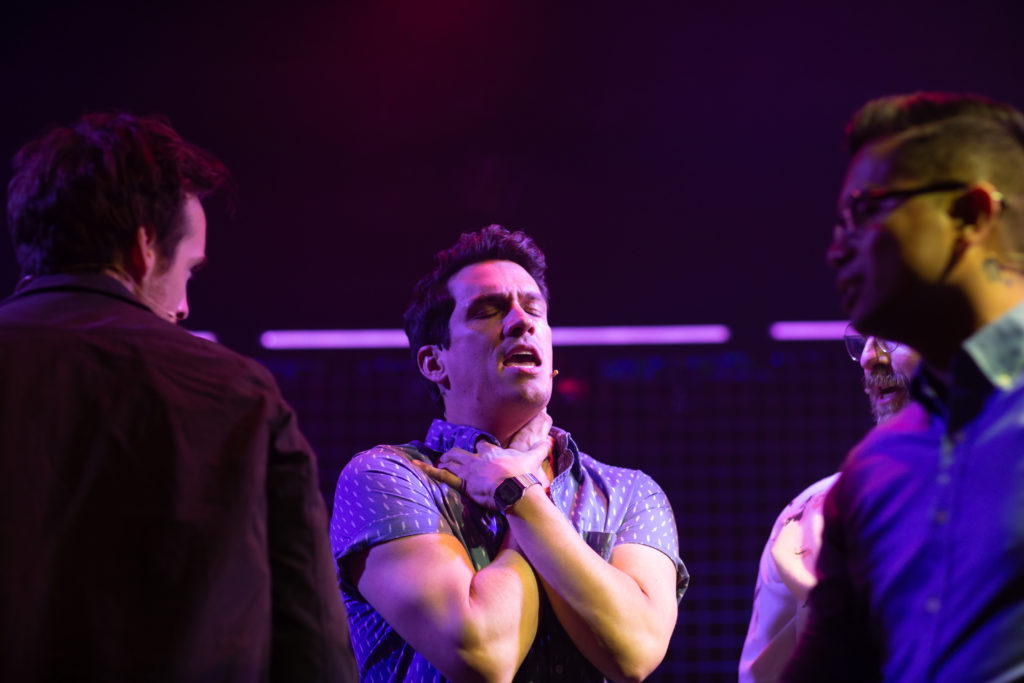 Stories from the past are often relevant to modern times. That is very much on display in Diversionary Theatre’s strong world premiere staging of the musical, Eighty-Sixed.

Based on the novel by David B. Feinberg, Eighty-Sixed features the openly gay BJ (Preston Sadleir) who is trying to live a normal life in New York City in 1986. That becomes increasingly difficult as more men are diagnosed with HIV/AIDS.

As the epidemic continues to be unignorable, BJ forms a connection with a hospitalized man from his past, Bob (Sean Doherty), and the patient’s devoted boyfriend Dave (Jordan Barbour).

Jeremy J. King’s book portrays individuals affected by the epidemic that feels authentic and believable. There are comments and observations that characters utter about how their lives changed, which will make audiences think about the COVID-19 crisis.

BJ often thinks about the past to reflect on his present, and this is vividly dramatized through Kevin Newbury’s direction.

Despite the heavy subject matter, King’s writing and the 1980’s-inspired songs by Sam Salmond feature humor, warmth, and plenty of humanity.

Some lyrics and conversations are admittedly hard to understand, because of Evan Eason’s sound design, which reflects the club-esque atmosphere used in a good amount of the show, but every tune is beautifully sung by the twelve-member ensemble. 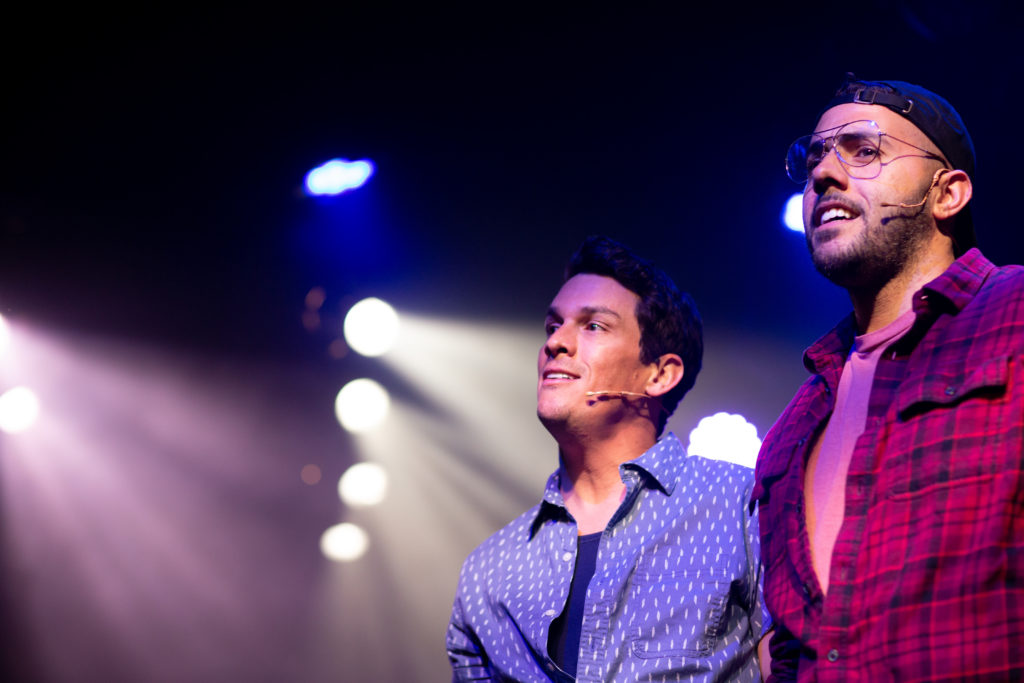 Sadleir depicts BJ’s arc from ignoring serious conflicts, to accepting how the disease is affecting his city. BJ is empathetic and caring the more he interacts with others, which is shown powerfully through Sadleir’s acting.

Some of the most touching sequences are between Doherty and Barbour, who portray a loving couple experiencing a tragic situation. The performers realistically illustrate how much love the couple shares, even during unbelievably dark circumstances.

Wilfred Paloma and Farah Dinga are enjoyable and moving to watch as BJ’s closest friends, Dennis and Rachel, and Frankie Alicea-Ford shines as his charismatic and flawed ex-boyfriend, Richard. All of the co-stars stand out in spoken and singing scenes of the narrative.

Eighty-Sixed focuses on the compassion that BJ and the people around him have for each other, which results in an emotional evening. I hope more productions are announced shortly after the first run at the University Heights venue.