The sophisticated Gallic ambience of Gabriel Fauré’s First Sonata for Violin and Piano at Wednesday’s (August 26) SummerFest 2020 program proved as welcome as a cool breeze wafting from the La Jolla cove on a muggy summer afternoon. In his most persuasive performance of this festival, violinist James Ehnes gave a vibrant, exquisitely nuanced account of this rapturous—and sadly under-programmed—chamber work, partnered by Inon Barnatan’s unfailingly supple yet powerful realization of Fauré’s daunting piano score. 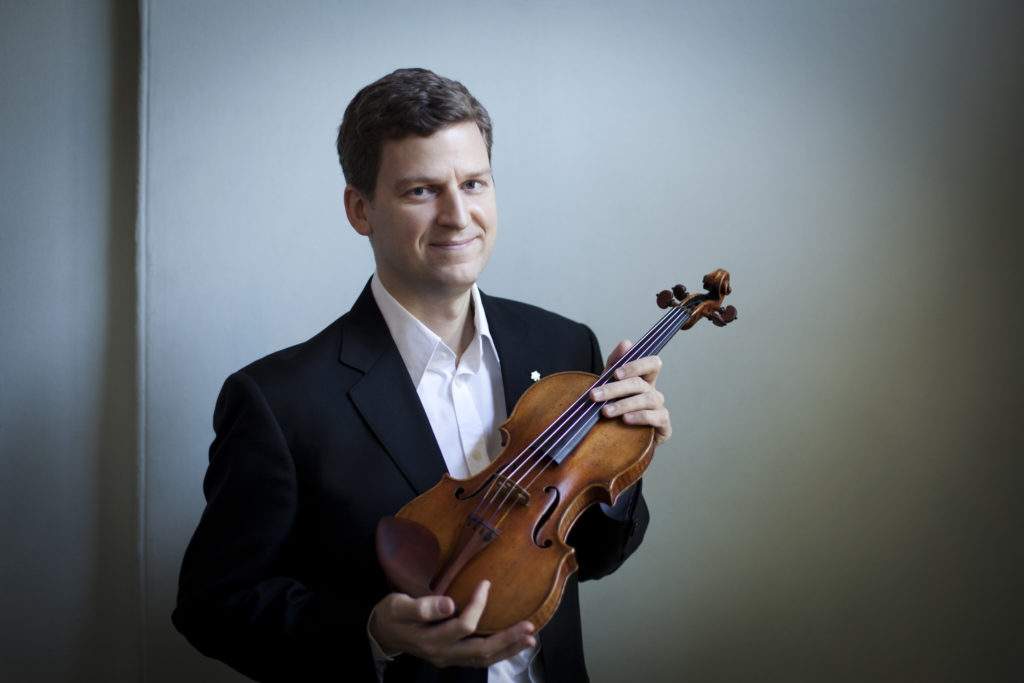 Matching the character of the sonata, Ehnes eloquently conveyed the composer’s effusive understatement—yes, the French Romantics were much more skilled at this subtle approach than their German contemporaries—that would quickly escalate into tempestuous sonic fury. For example, his restraint made the stately tempo of the second movement Barcarolle even more persuasive, but his ardent prowess in the whirlwind Scherzo and Finale unleashed the rewarding drama Fauré wove into every phrase of those elegantly crafted movements.

In a more perfect world, Barnatan would have followed Fauré’s incandescent Sonata with the Piano Quartet, Op. 30, of his contemporary colleague Ernest Chausson to deepen our appreciation of this rich, distinctive epoch of French chamber music. Instead, he reverted to the safe, evergreen Robert Schumann Piano Quartet in E-flat Major, Op. 47, from 1842. The Schumann Piano Quartet is indeed a fine work, but it was meat and boiled potatoes compared to the possibility of exquisite French cuisine!

Violinist Tessa Lark, violist Yura Lee, cellist Clive Greensmith, and Barnatan at the piano gave a sparkling, Apollonian account of the Piano Quartet in E-flat Major. In this work, Greensmith asserted himself with more ebullient attacks and assertive phrasing, especially in the outer movements, and a glowing, nostalgia-tinged cantabile theme that opened the slow third movement. Lee’s radiant viola sonority added to the depth of that movement, and the strength of her vibrant playing bridged the difference between Lark’s crystalline, refined approach and Greensmith’s more muscular style. Barnatan’s fluent and constantly adapting keyboard contribution also acted to unify as well as undergird this ensemble at every turn.

SummerFest 2020 continues with two more concerts, this evening and Saturday, August 29. See ljms.org for access to these online performances.