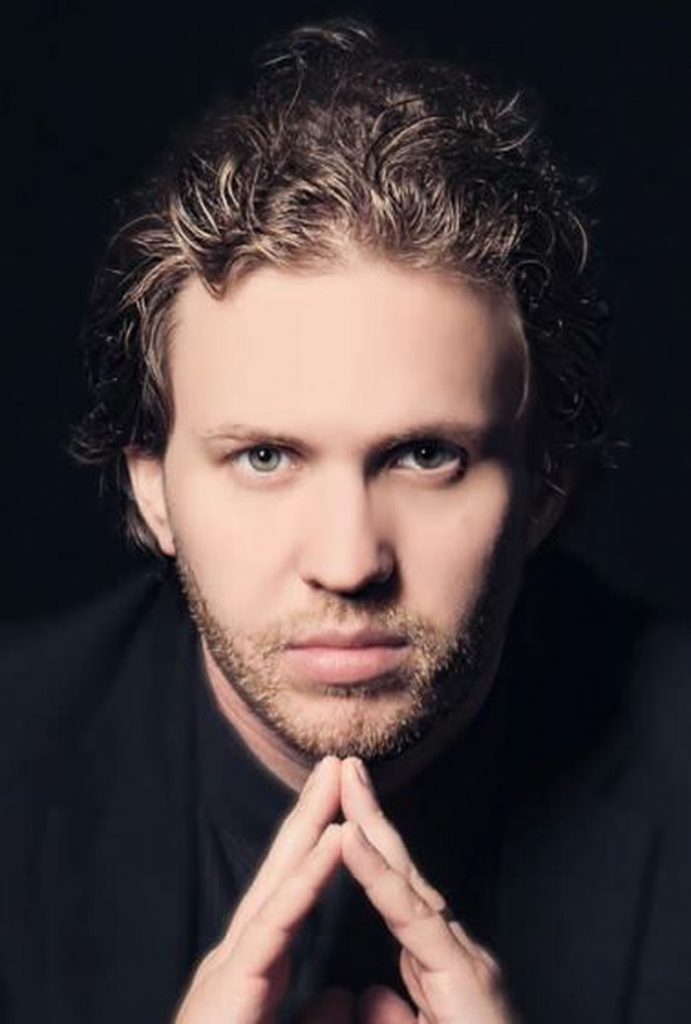 I was most impressed with his meticulously detailed and elegant, stylish approach to the familiar Strauss waltz. Unlike many a cursory pops concert once-over of the “Blue Danube,” Danzmayr held the orchestra accountable to the composer’s myriad dynamic contrasts that define the waltz’s carefully designed formal structure, although he was less successful in getting the orchestra to give him the flexibility of tempos he called for, especially those rapid accelerandos that unleash after a gentle pause or rubato.

But the real test of Danzmayr’s conducting prowess was the Beethoven Seventh, and he proved a major disappointment in that role. In the more lively sections—and the Seventh Symphony is full of them—he tended to over conduct, adding wild, slashing left-hand movements to his already hyper-active right hand, a commotion that certainly spurred the orchestra, but did not produce a tight, balanced ensemble. And in the serene Poco sostenuto that opens the Symphony, he could not create that necessary anticipatory tension that so beautifully sets up the explosive Vivace that follows it.

Left to its own devices, the orchestra had a few worthy moments, notably the delicate cello section beginning of the second movement, followed by plangent themes in the violas and cellos playing in magnificent consort. And the orchestra deserves credit for carrying off the conductor’s breakneck tempo of the Scherzo with aplomb.

It was impossible to avoid comparing Danzmayr’s undisciplined work on the podium with the calm authority and meticulous specificity of the young Israeli conductor Lahav Shani, who graced the local podium earlier this month leading with great success a far more demanding program of Prokofiev, Haydn and Bartók.

Concerning Vilém Tauský’s “Coventry,” I would say the reason this overly modest piece is unknown is because there is nothing to it, save some somber meandering that weaves in a traditional Czech hymn tune here and there. Samuel Barber’s “Adagio for Strings,” an elegiac, somber short work based on an irresistible melody and was written only a few years before Tauský’s opus, says everything poor Tauský was attempting to communicate with far greater eloquence.

[themify_box style=”shadow” ]This concert by the San Diego Symphony was given on Thursday, February 23, 2017, in the Jacobs Music Center’s Copley Symphony Hall in downtown San Diego. The orchestra’s next concert will feature guest conductor Markus Stenz and violinist Augustin Hadelich March 3-5, 2017, in the same venue.[/themify_box]