In early March of 2020, San Diego Opera was just days away from staging the West Coast premiere of Paola Prestini’s chamber opera Aging Magician, when the COVID epidemic closed down all live performance across the continent. While the company staged a pair of drive-in operas during the subsequent lockdown period, not until February of 2022 did opera return indoors to San Diego Civic Theatre with the company’s production of Mozart’s Così fan tutte followed by Gounod’s Roméo et Juliette.

This successful return of indoor opera has allowed General Director David Bennett to bring back Prestini’s Aging Magician, which will open at the Balboa Theatre on May 13.

“Since I first saw Aging Magician, I have been eager to bring this opera to San Diego because it is a gorgeous production with a highly theatrical staging,” said Bennett. What is unusual about this opera is the major role played by the Brooklyn Youth Chorus, for whom the work was written. “The expressive choral writing expands our experience of the potential of the human voice,” Bennett explained.

Prestini’s  Aging Magician depicts the story of an elderly clock-maker who struggles to collect and pass on the secrets of his trade before his eminent demise. 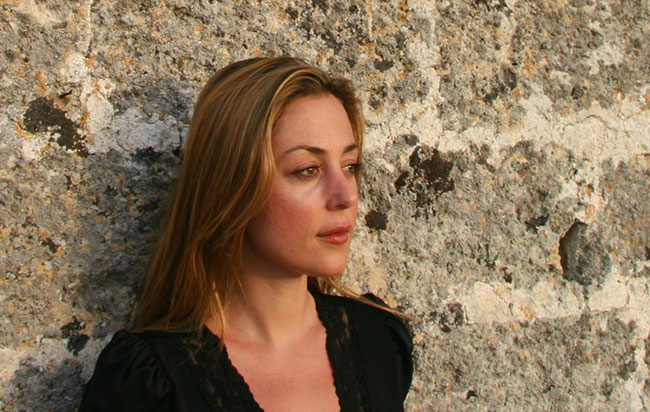 “The idea of making this opera came to me while reading Joseph Cornell’s short story ‘Aging Magician’,” Prestini explained in a phone interview from her home in New York City prior to the scheduled 2020 San Diego Opera production. “I bravely asked the performer Rinde Eckert, who had always been a hero of mine, to make an adaptation of the book for the project, and when I saw a production of [composer Philip Glass’s opera] Satyagraha directed by Julian Crouch, I knew I had to ask Julian to direct.” All three of these artists are listed as co-creators of the musical stage work Aging Musician.

The Aging Magican’s components—a vocal soloist, who portrays the clock-maker, a string quartet, and the Brooklyn Youth Chorus—present one of the more unusual rosters in the operatic canon.

“It was Julian who wanted to stage a choir,” Prestini explained. “In Greek mythology, it is Charon who guides people into the afterlife, and you don’t ordinarily think of Charon as a bunch of girls. But this chorus of youths actually complements in an unexpected way the whimsical, perennial child that is the main character.”

Prestini started working on Aging Magician in 2012, and she considers the work’s Broadway premiere in 2017 at The New Victory Theater as its completed form, “although it was produced in various festivals along the way, including a yearlong residency at the Park Avenue Armory in 2014—it really need that time to develop.

“Since the chorus was with the project for its amazing five years of development, some of the singers actually grew up with the piece. They may have been 12 years old when the project started, but by the time it was finished, they were finishing high school! It turned out to be an exceptionally powerful learning process.”

In spite of the work’s serious themes, Prestini confidently asserted that it is a family opera. “Yes, this is an opera that is about death, but children are not as afraid of serious themes as many adults think they are,” she observed. “I noted how much the children at the New Victory performances of Aging Magician laughed at Harold [the name of the clock-maker], who really is a giant child. So I describe this opera as a powerful confrontation of the issues of life and death with humor—it is an opera for anybody.”

Born in Italy, Prestini came to New York City 20 years ago to study and take degrees at the Juilliard School of Music and immediately became part of the city’s avant-garde musical community. While still a Juilliard student, she co-founded Visiontoart, a production company that developed and staged multi-media works. Among her catalogue of unusual creations, the 2016 Hubble Cantata stands out, a visual reality experience presentation that gathered some 6,000 attendees in Prospect Park, Brooklyn, giving the audience views of the cosmos directly from the Hubble Space Telescope.

“That was such a spectacular evening,” she recalled. “We gave everyone free cardboard glasses [goggles] for the visuals, while the music surrounded them, giving them the sensation of being in the cosmos.” About this event,  the New Yorker magazine’s Sarah Larson wrote, “Floating around the Orion Nebula . . . astounded me, this feeling of floating above Earth, and tears began to emerge from my cardboard goggles.”

San Diego Opera will present three performances of “Aging Magician” at the Balboa Theatre on May 13 & 14, 2022, with Rinde Eckert as Harold, the Brooklyn Youth Chorus, and the Attacca Quartet under the stage direction of Julian Crouch. Dianne Berkun Menaker will conduct.