To open the 30th anniversary season of La Jolla Music Society’s SummerFest on a high note, the acclaimed Danish String Quartet offered their dazzling, emotionally vibrant account of Leoš Janáček’s Second String Quartet, “Intimate Letters.” Dense and mystifyingly unpredictable, the composer’s valedictory chamber music opus set a standard to which the rest of the evening’s conventional program could not hope to equal. 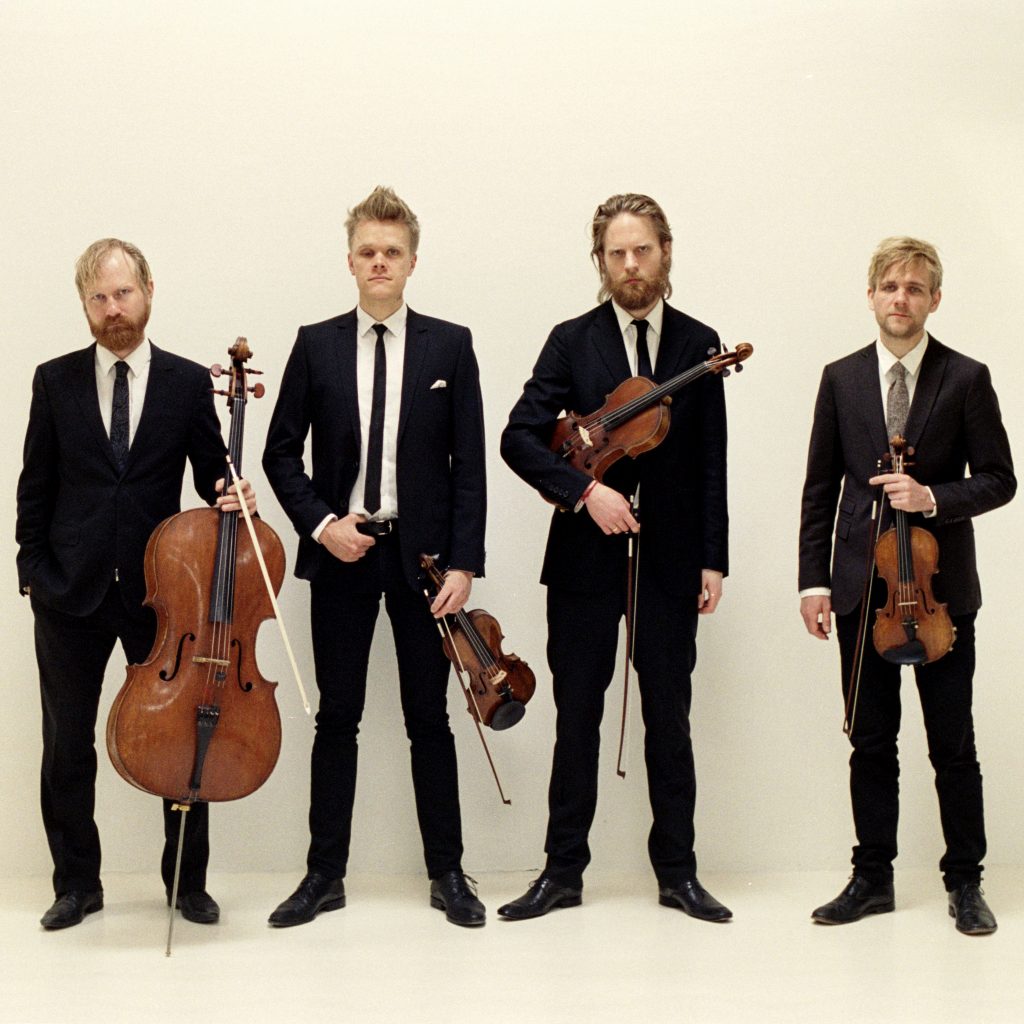 But it proved a smashing opener. Everyone who heard the Danish String Quartet perform in January, 2014, for UC San Diego’s ArtPower series at the Conrad Prebys Concert Hall came to Sherwood Auditorium on Friday (August 5) with high expectations, and they were met with aplomb.

To the first-time listener, Janacek’s “Intimate Letters” can seem frustratingly episodic, nervously changing mood and tempo without any of the usual formal crutches on hand to organize the listener’s tender mind. Fortunately, the Danish String Quartet definitely understood the composer’s emotional logic, unleashing the work’s unrelenting passion that propels and unifies it through four movements of breathless ardor.

“Intimate Letters” has to be one of the most unusual programmatic works in the western canon, because although Janáček made it clear that this string quartet encapsulated his intense (but Platonic) love affair with a young woman who served as his muse in the final, most creative years of his composing career, he gave no further clues to the quartet’s specific program, save the explanation that the viola part represents his muse.

Violist Asbjoørn Nørgaard carried out his expansive role with acute sensitivity, and his rich, burnished sonority illuminated the entire piece. He beautifully expressed, for example, the dark melancholy of the Adagio’s opening theme with a plangent legato, yet released the delicate, skittering harmonics in the first movement with understated finesse.

But the ensemble’s muscular yet refined technical prowess made the strongest overall impression. In quiet sections, the quartet’s warm, dark hues fused tellingly, and their more assertive declamation only magnified their tight unanimity. Deftly navigating the myriad changes of mood and texture, these players transformed Janáček’s abstractions into palpable ecstacy. In addition to Nørgaard, the Danish String Quartet includes violinists Frederik Øland and Rune Tonsgaard Sørenson, as well as cellist Fredrik Schøyen Sjölin.

Neverthesless, Violinist Chee-Yun’s pulsing, gleaming sonority and powerfully-shaped phrasing inspired unmitigated awe, as did Parker’s masterful account of the rippling, ostentatious piano part. Cellist Hong easily kept up with his colleagues’ pace, but lacked their shameless abandon. Given the piece, they made the better call.

Before the pharmaceutical industry came up with Xanex, we had the music of Antonín Dvořák. Performers in his extravagantly mellifluous Sextet for String in A Major, Op. 48, were the current SummerFest Music Director and violinist Cho-Liang Lin as well as the founding Artistic Director and violist Heiichiro Ohyama, a pleasant inclusion on this anniversary concert.

Unfortunately, the sextet struck me as under rehearsed, especially the rambunctious sounding Allegro moderato, although the heartfelt, elegiac Dumka suggested what this work could have been with greater care and preparation. The rest of the team included violinist Martin Beaver, violist Che-Yen Chen, and cellists Carter Brey and Eileen Moon.

At this concert’s outset, Parker and Lin played the second movement of Mozart’s E Minor Violin Sonata to honor long-time La Jolla Music Society benefactor Conrad Prebys, who died recently. The familiar smiling visage of Prebys projected on a screen behind the musicians reminded the audience of the immense satisfaction he expressed by generously supporting a wide range of classical music in San Diego County.

[themify_box style=”shadow” ]This concert was presented by the La Jolla Music Society on August 5, 2016, in the San Diego Museum of Contemporary Art’s Sherwood Auditorium. The SummerFest continues through April 26, 2016, in the same venue.[/themify_box]