“Willkommen,” the upbeat opening song from Kander and Ebb’s musical Cabaret promises carefree escape from the real world’s problems. But the musical itself makes a trenchant case for the political realm’s inescapable consequences on the personal.

Cygnet Theatre has mounted yet another revival of this powerful theatrical spectacle, and Saturday’s striking opening night performance proved its heart-stopping relevance. Scenic designer Sean Fanning has turned the Theatre in Old Town into Berlin’s shady Kit Kat Klub, and Sean Murray’s incisive direction channels the menacing thrill of Germany on the eve of the Nazi coup. 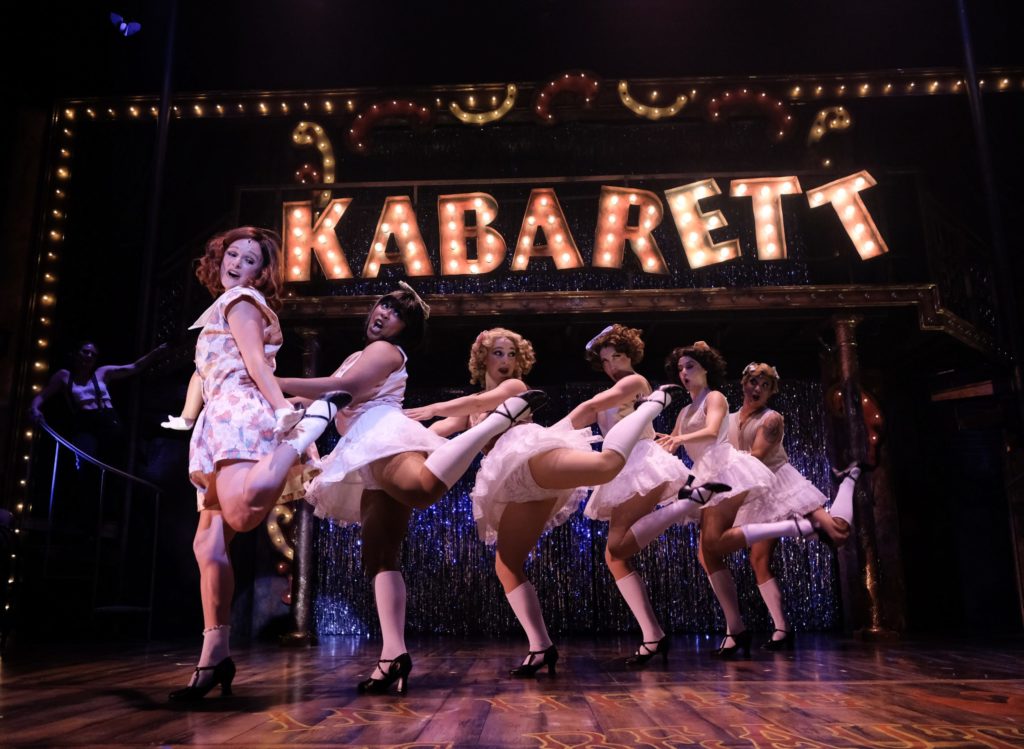 As the Kit Kat Club’s manipulative emcee, Allen Lucky Weaver craftily enticed the audience into savoring his club’s pleasures, although his honeyed voice could not disguise the cynical snarl behind his welcome. Megan Carmitchel wisely took her time revealing the complex, contradictory layers of Sally Bowles, the English singer who stars on the club’s stage but regularly  strikes out with the men in her life. In her early song, “Don’t Tell Mama,” I thought her voice lacked presence, but when she got to “Maybe This Time,” she unleashed enough power to reveal her character’s acute desperation. As Sally’s world collapsed around her, Carmitchel’s manic, farewell reprise of “Cabaret” rivaled any soprano’s mad scene from grand opera. 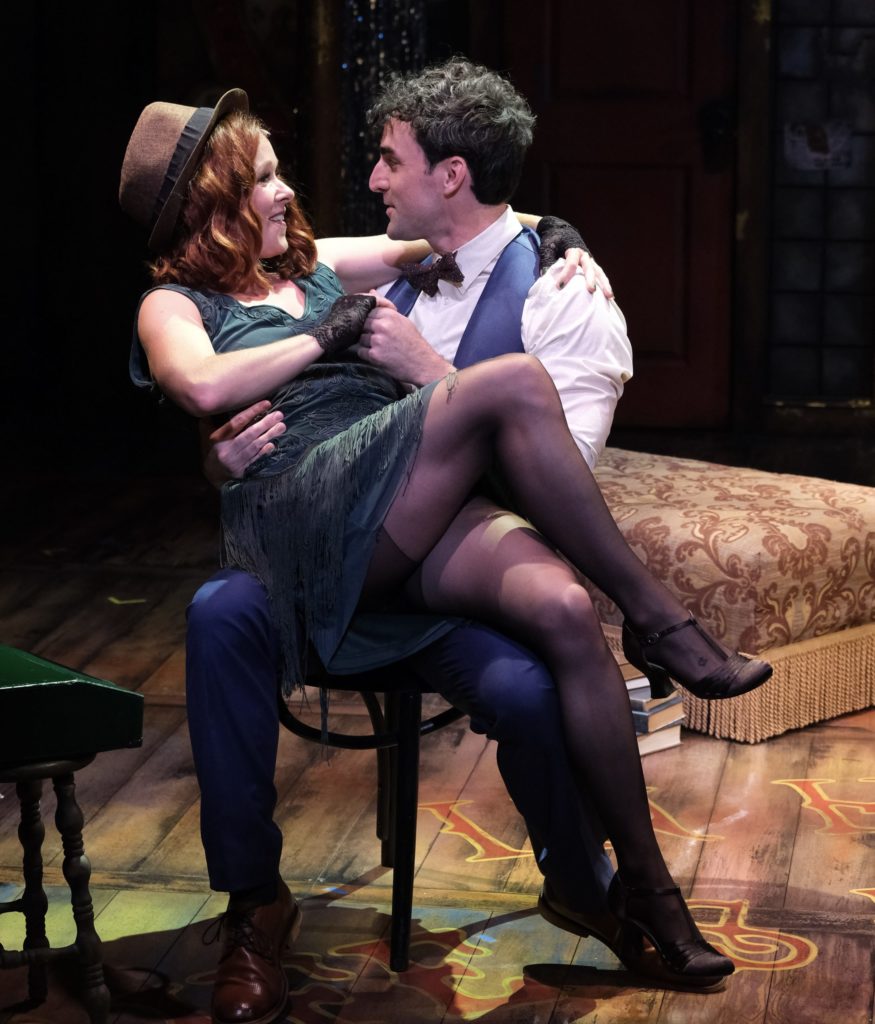 In Cabaret’s urtext, the Berlin Stories of Christopher Isherwood, the author who visits Berlin in the waning Weimar Republic years is Isherwood himself, but Cabaret’s leading man is Cliff Bradshaw, a naive American writer. Will Bethmann gave Cliff an earnest veneer that his Berlin experiences quickly destroy, bringing out unsuspected warmth in both his character and his vocal allure. Linda Libby and Eddie Yaroch gave the musical’s secondary romantic pair, Fräulein Schneider and Herr Schultz, touching characterizations as the street violence of brownshirt thugs dissolved the proposed marriage of the middle-aged German woman and the older Jewish merchant.

As Max, the Kit Kat Klub’s manager, Luke H. Jacobs’ gruff authority worked well, and Erica Marie Weisz demonstrated that Fräulein Kost was much more than the stereotypical hooker with a heart of gold.

Considering the modest size of Cygnet’s stage, choreographer Katie Banville put her four Kit Kat chorines and their two male counterparts through their paces with constantly inventive dance routines that honored the period. Kelley Prendergast, Alyssa Anne Austin, Carolyn Lupin, and Tamara Rodriguez danced with polished ease and sang with gusto as the chorines. Trevor Cruse as Bobby and Marc Caro as Victor proved their dance acumen as well as their sexy allure as the Berlin beefcake that tempts Cliff out of his closeted gay identity.

From sophisticated formal wear for upper class club patrons to the revealing costumes of the club’s sexy young entertainers, Zoë Trautmann has devised an array of costumes that evoke the period and clearly define its class strata.

Music Director Patrick Marion coaxed a fiery wall of sound—appropriately brass-dominated—from his band of six instrumentalists, and he proved a savvy interpreter of the musical style of the period as depicted in John Kander’s score. Kudos to trumpeter Alyssa Keene and trombonist Devin Blumworth for their vibrant solos and to Marion’s fleet work on the piano as he conducted the ensemble.

Cygent’s production of ‘Cabaret’ will run through September 4, 2022, at the Theatre in Old Town, 4044 Twiggs Ave. San Diego.