For the chamber music aficionados who are eager to hear what is new in this musical arena—and it is no secret that they do not comprise the majority of this category of music lovers—SummerFest 2021 offered an engaging sampler of five newer composers Sunday evening at The Conrad’s JAI. Gabriela Lena Frank, an established figure among current American composers, curated the program, selecting four young composers who have participated in the Gabriela Lena Frank Creative Academy of Music, an institution devoted to cultivating up-and-coming young composers. 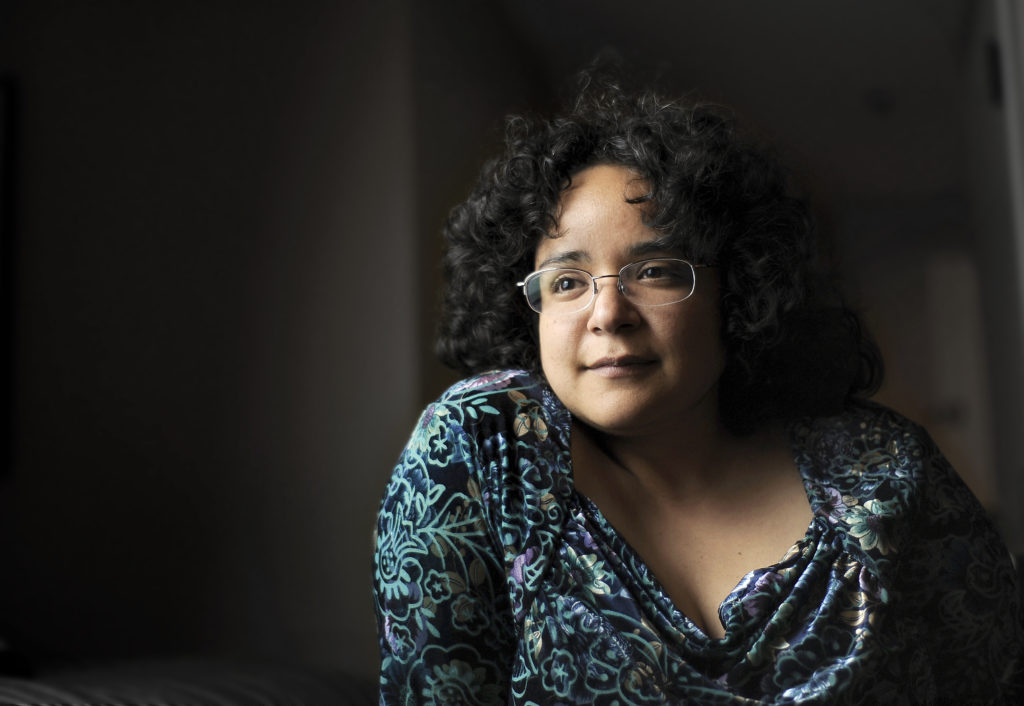 But most important to San Diegans present was hearing the aria “El Mundo” from Frank’s newest opera El último sueño de Frida y Diego, beautifully sung by mezzo-soprano Guadalupe Paz. In this dramatic aria, the spirit of artist Frida Kahlo contemplates the challenge of returning to the world (el mundo) in both hesitant, chant-like contemplation and impassioned arcs of soaring melody. Commissioned by San Diego Opera, this Spanish-language opera has been slated for its premiere in the fall of 2022. San Diego Opera General Director David Bennett, present at Friday’s SummerFest concert, noted that Paz will sing the role of Frida in the premiere, and the strong audience reaction to both the music and Paz’s singing augurs well for the reception of this new work.

I was also impressed by Shorelines, a set of three songs by Timothy Peterson, who sensitively set poems by Catherine Pond. Peterson, whose idiom is essentially tonal without sounding overly predictable,  accompanied these songs not with the customary piano, but solo violin, an instrument that occupies the same range as the singer. Violinist Byungchan Lee wove delicate roulades around the intense vocal lines of Guadalupe Paz, employing subtle extended instrumental techniques to create these persuasive emotional portraits.

The Balourdet String Quartet offered two cameos that reflected influences from sources outside of the western classical tradition. Anjna Swaminathan’s lively “Duplicity” bristled with its heterophonic texture and employed ragas from the South Indian Carnactic tradition, reflecting her mother’s ancestry in a parallel way that, say, Alan Hovhaness reflected his father’s Armenian traditions in his music written in the mid-20th century. “Cuimhne,” a work suffused in the Irish folk traditions of Christine Delphine Hedden’s ethnic roots, opened with an enchanting Irish ballad, played with flair by violist Benjamin Zannoni. His colleagues—violinists Angela Jiye Bae and Justin DeFillippis and cellist Russell Houston—quickly followed with extensions of that theme in this compact five-minute etude.

Saluting his native state of New Mexico, Nicolas Lell Benavides captured the unique character of the roadrunner, the official state bird, in the second movement of his 2019 quartet El Correcaminos. The Calder Quartet gave a disciplined, knowing account well-crafted piece in which the strings relied on extensive pizzicato. Their performance made me wish SummerFest had programmed the entire quartet–maybe next year?

This concert was presented by the La Jolla Music Society in JAI Hall of the Conrad Prebys Performing Arts Center in downtown La Jolla on August 15, 2021.