The simple fact of the matter is that anyone who was fortunate enough to attend Chucho Valdés’ masterful solo piano recital on Sunday evening at Copley Symphony Hall was blessed to have been in the presence of unspeakable greatness in hearing one of the world’s preeminent pianists. It is a rare event indeed where one experiences a true artist speaking pure music. Such was the work of Valdés. 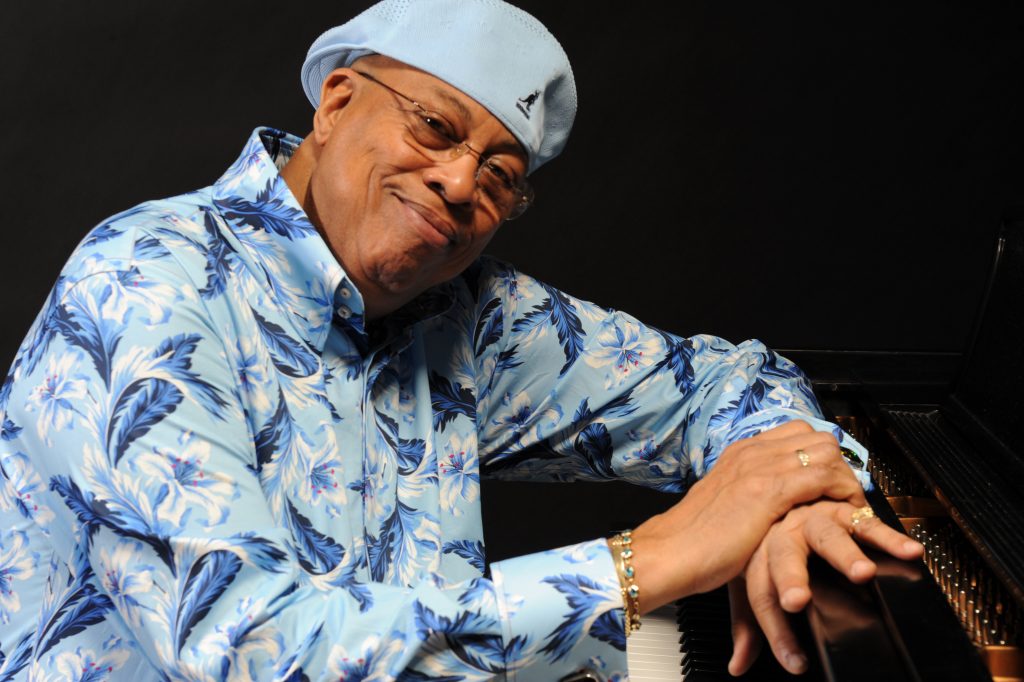 Artist is a moniker that I have grown to weary of in recent years, since it has been denuded of any substantial meaning. In current parlance, a pretty face singing a song acceptably well is considered one. From my purposes, however, an artist is someone who has absolute mastery over his or her craft. Such is Chucho Valdés. Listening to him, the inescapable feeling is of being in the presence of true genius on a level beyond.

His encyclopedic knowledge of Western music is astounding. Most jazz musicians quote seemingly irrelevant snippets during their solos from other well-known tunes or other famous improvised solos. Valdés takes this technique to astounding levels by incorporating, for instance, a complete Chopin Prelude (No. 4 in E minor) into Cole Porter’s “Night and Day” without in any way sounding affected or forced. How he does this is mysterious. Was there a subliminal connection for him between the works? If so, was it emotional, spiritual or simply him following his fancy? Was it all three? Most likely.

Utilizing this stylistic feature consistently throughout the evening, he integrated large chunks of other works from the classical tradition into finely woven improvised solos based on his own compositions, traditional Cuban tunes, songs from the “Great American Songbook,” as well as knuckle-busting jazz standards. Many of the pieces that Valdés played were unknown to me, and none were introduced. His opening work, for instance, began as a slow, elegiac ballad which was followed by a vamp, then proceeded into a traditional head/solo/head/out form. From his first notes though, the preponderant premonition was of his utter authority. The vehicle may not have been familiar, but his control of timbre, time, voicings, harmony, and emotional impact were impossible to miss.

Authority, nonetheless, carries a heavy burden for any serious performer. In Valdés’ case it means that during a completely unaccompanied program such as this, the time never moved; form was sacrosanct, and notes and runs were never tossed off indiscriminately. Everything was done with intention. His discipline, however, far from being a constraint upon his creativity, proved liberating: by maintaining structural, rhythmic, and harmonic integrity, the pianist was now able to create on a clean canvas created specifically for his ingenious flights of pure musical fantasy.

Juan Tizol’s “Caravan” serves as an example of Valdés constant “inside/outside” manner of creativity. While the introductory vamp sounded nothing like the original and really gave no indication of the tune to follow, when he finally did get around to stating the head, it was like a denouement. And yet, instead seeming conclusive, it logically introduced the forthcoming proceedings: once the head was stated, everything that came before made perfect sense, as did all that followed.

In another case, opening with what could have been an original fantasy on Alexander Borodin’s “Polovtsian Dances” from Prince Igor, Valdés seamlessly ventured into an “All Blues” groove, soloed over those changes, and then completed the circuit with a “Manteca” coda. Sheesh! Style hop much? Yet, none of it sounded like a mash-up; nothing was forced, and the music flowed with the kind of fluency and grace that is only produced by the tiniest handful of truly great artists.

His thirteen-song set ranged from ballads like “My Foolish Heart” that made grown men cry (like me, for instance) to popular Cuban standards rarely heard in the United States, such as “La Comparsa” by  Ernesto Lecuona. Yet even a seeming toss off such as the Cuban son-pregón (vendor’s song) “El Manisero” (“The Peanut Vendor”) was given a full Valdés transmogrification with the interpolation of a sub-one minute “Minute Waltz” by Chopin. His devastatingly beautiful “When I Fall in Love” found its way into the head by way of the slow movement of Rachmaninoff’s Second Piano Concerto, concluding (naturally!) with Franz Liszt’s Hungarian Rhapsody No. 2 after the tune was duly played.

It bears mentioning that Valdés’ incredibly wide musical palette owes its development to myriad sources. The first and most important of these was his father, the legendary Cuban pianist, composer and band leader Ramon “Bebo” Valdés. By the age of three, Chucho was already playing melodies he heard on the radio at the piano with both hands. At five, he was studying piano, theory and solfège at the Havana Conservatory, whose pedagogy had been imported from the St. Petersburg Conservatory. Czar Alexander I of Russia imported their pedagogy lock, stock, and barrel from the Paris Conservatory. So, the Cuban musicians are among the world’s best and most highly trained in the world: Chucho Valdés is a product of this rarefied and deeply enriched musical culture. In many ways, he represents the best of the best.

The show opened with an impressive set by Farofa, a Brazilian band from Los Angeles. Each of the musicians is extremely accomplished, and I expect that we will be hearing much more from them in the future. In particular, violinist Luis Mascado captivated with his gorgeous sound, excellent intonation, lock-down time, and captivating solo lines. Guitarist JP Mourão brought his arcane ten-string Brazilian “Viola Caipira.” The instrument is tuned in octaves, not unlike a twelve-string guitar or a tres or quatro. You might call his instrument a diez. Mourão’s  approach to his instrument is not as a traditionalist, but rather invoking its unique timbres in the expression of his own contemporary musical vision. He seems to have very deep roots, reminiscent at times of Ralph Towner on the one hand and Al DiMeola on the other.

As I said, the band is excellent. Their talent and hard work should carry them far. Overcoming constant distortion from the Copley Symphony Hall sound system, the musicians carried on as true professionals. For those interested, check out their website at www.Farofatheband.com for further information. If they come to town, I for one will be sure to be in attendance, inasmuch as they are bringing a much needed fresh breeze to the contemporary jazz scene.

[themify_box style=”shadow” ]This concert was presented on Sunday, May 21, 2017, by the San Diego Symphony at the Jacobs Music Center as part of the organization’s Jazz @the Jacobs series.[/themify_box]