Aiming to replicate the success of 2015’s inaugural Balboa Park choral festival, Choral Consortium of San Diego president Carol Manifold has pulled together 22 of the area’s excellent choral ensembles for this Saturday’s (March 25) San Diego Sings. Each chorus gets its 12 minutes of fame singing alone on the stage of the Spreckels Organ Pavilion, and all of the choirs will join together to sing Kirke Mechem’s choral work “The Gift of Singing,” a new work by one of America’s most esteemed and beloved choral composers. 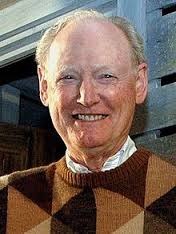 For each festival, a different choral director is chosen to lead the massed choir, and this year David Chase will wield the baton in front of the expected 1,000 singers.

“We asked David to direct because of his great ability to relate to singers—especially in large numbers—and as a tribute to a long, successful career as a choral conductor in San Diego County,” Manifold explained. At the end of the current academic year, David Chase is retiring from his 43-year tenure conducting the La Jolla Symphony Chorus at UC San Diego. 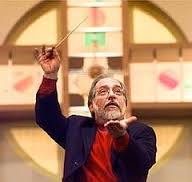 At a recent Western Regional Conference of the American Choral Directors Association held in Pasadena, CA, Manifold and members of her planning committee heard Mechem’s “The Gift of Singing” performed and decided it would make an ideal choice for this year’s massed choir selection. The composer compiled his own text for “The Gift of Singing,” including portions of George Dillon’s poem “Serenader” and the popular Robert Lowry hymn “How Can I Keep from Singing?” A respected composer of orchestral music and operas, Kirke Mechem has been a seminal composer for choirs since the 1950s. After studies in Europe, Mechem returned to San Francisco, where he resides and served as composer in residence for the University of San Francisco.

Mechem will be present at Saturday’s San Diego Sings to hear his work performed, and the Choral Consortium will feature him in conversation at a composer’s forum on Friday, March 24, at 6:00 p.m. in the Great Hall of St. Paul’s Cathedral on Bankers Hill/Balboa Park West

The Choral Consortium of San Diego is an organization of some 47 choral groups whose purpose is to facilitate and develop collaboration among San Diego County’s choral ensembles.

“So many of our singers sing in multiple choirs, that we are really one large family here in San Diego,” Manifold observed. “Our organization helps us work and plan together to make the best use of our singers and resources.”