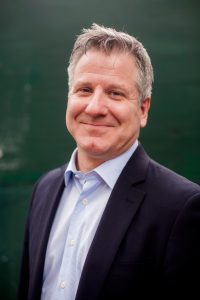 Over the weekend, San Diego Opera announced some changes in the 2018-19 season announced earlier this year. Hansel and Gretel, Engelbert Humperdinck’s delightful fairy tale opera, will be replaced by performances of Peter Rothstein’s All is Calm: The Christmas Truce of 1914 as part of the company’s dētour series in December, 2018.

“In preparing for our season we realized the production of Hansel and Gretel we are committed to produce would not fit into the confines of the Balboa Theatre and to reduce the production would erode the artistic vision I have for the opera,” explained San Diego Opera General Director, David Bennett. “We’re incredibly pleased to replace this opera with All is Calm: The Christmas Truce of 1914, a family-friendly holiday opera about unity that I believe is better suited to the intimacy of the Balboa Theatre and the holiday season in which it is being performed. I am actively scheduling the same production and cast of Hansel and Gretel for the future as part of our main stage season.”

All is Calm: The Christmas Truce of 1914 is based on the real-life events during the Great War along the Western Front when soldiers from France, England, and Germany ventured into no-man’s land on Christmas Eve and Christmas Day to exchange food and gifts, and perform burials. Games of football were played, and most encounters ended with the singing of Christmas carols. The truce was unofficial and unsanctioned, and combat resumed the next day. The opera tells the story of this testament to humanity and unity through Christmas carols and narrated letters from actual soldiers from the war in an uplifting and family-friendly production.

With men of the San Diego choral ensemble SACRA/PROFANA, San Diego’s Bodhi Tree Concerts produced this opera successfully at the San Diego Veterans Museum in Balboa Park in November of 2017, and both organizations will be co-producing this 2018 presentation with San Diego Opera. The set and costumes, however, will be new to San Diego. Bennett also announced that soprano Ailyn Pérez has withdrawn from her engagement with baritone Stephen Powell for the “One Amazing Night” concert on Wednesday, May 15, 2019 due to a scheduling conflict. Stephen Powell will now be joined by tenor Stephen Costello. The prominent American tenor is no stranger to San Diego Opera, having made his company debut in 2010 as Romeo in Romeo and Juliet, returning in 2011 in the title role of Faust and the Italian Singer in Der Rosenkavalier, Tonio in 2013’s The Daughter of the Regiment, and in recital in 2015. He made his Metropolitan Opera debut at age 26 and two years later he won the prestigious Richard Tucker Award.