In her brilliant performance Wednesday, jazz vocalist and composer Cécile McLorin Salvant easily demonstrated to her audience at The Conrad why she won the 2010 Thelonious Monk competition. The combination of her suave vocal technique and beguiling unpredictability commends her to the pantheon of the great American female jazz singers, as does her power to captivate an audience. She had the La Jolla SummerFest audience in the palm of her hand by her second number, and her spell remained unbroken throughout the evening. 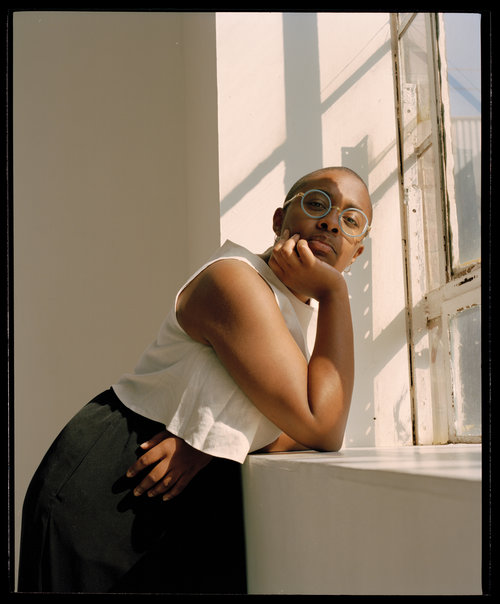 Over Salvant’s engaging program, she scattered a generous selection of her own compositions, of which “Fog” could easily serve as this young musician’s calling card. Sullivan Fortner, her nonpareil pianist, opened “Fog” with shimmering chord progressions that alluded to Debussy’s “Sunken Cathedral”—as played by Art Tatum—to introduce Salvant’s misty opening line, “Love appears just like the fog.” As surely as the morning fog disappears, Salvant’s anger and agitation come into focus, bewailing the heartache of trying to “find a man who’s just like you.” No surprise: Salvant explained that she began writing “Fog” in San Francisco, a city whose image has been associated with fog long before those cute cable cars began to traverse its hilly terrain.

To open her concert, Salvant chose her ballad “Obsession,” from her 2018 album The Window, a sophisticated song that combines whispered sighs and urgent self-revelation, aspiring for that ideal state for lovers enshrined in West Side Story’s “Somewhere,” but without the ardent expectation of Bernstein’s lovers.  She saved a more recent creation for her encore, “Ghost Song,” from her album of the same name. A bluesy ballad, “Ghost Song” takes a bittersweet refrain lamenting “the ghost of our lost love” and colors its repetitions with the instrumental prowess  and bold imagination of pianist Fortner, guitarist Marvin Sewell, bassist Yasushi Nakamura, and percussionist Keita Ogawa.

In Salvant’s “No Dying Love,” also from her Ghost Song album, the singer moves from love’s lament to a position of confident assertion with the refrain “There will be no love that’s dying here.” Accompanied by Sewell’s soulful, tapered chords on the electric guitar, this song expanded from quiet statement to a rousing anthem, a credo delivered with unquenchable conviction.

To balance her own cache of songs, Salvant offered Dianne Reeves’ jaunty “Mista,” in which Sewell opened with a wild but canny guitar prelude that set the stage for Reeves’ sage advice to the lovelorn: “It ain’t too late to change your life.”

The room quieted to uncanny stillness when Salvant and Fortner launched into their account of Harold Arlen’s “Over the Rainbow.” Aided by Fortner’s discrete, telling accompaniment, Salvant’s loving deconstruction of Judy Garland’s signature song fused desperation and hope into a heart stopping amalgam. This was her only offering from the Great American Songbook, but if she had to choose but one—this was truly the perfect choice.

This concert was presented by the La Jolla Music Society as part of SummerFest 2022 on Wednesday, August 17, 2022, at the Conrad Prebys Performing Arts Center in downtown La Jolla. Cécile McLorin Slavant will return to SummerFest on August 18 to perform the music of Kurt Weill with countertenor Anthony Roth Costanzo.