Carl Nielsen’s Woodwind Quintet, Op. 43, one of the most treasured gems of the wind quintet repertory, never needs a special occasion to warrant a performance, and, not surprisingly, it turned out to be the program’s strongest offering. Deftly constructed and overflowing with curvaceous melodic invention—the celebrated Danish composer wrote it for five instrumentalists who were close friends—the quintet never overstays its welcome. 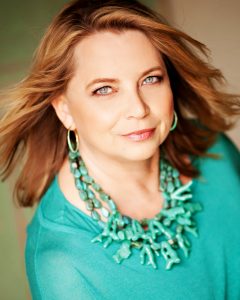 It would be a challenge to imagine a more winning, engaging ensemble performance of this Quintet, and the bright acoustics of the Mingei Museum’s capacious hall—aided by hard surfaces everywhere and a very high ceiling—added a silvery resonance that few performance halls offer, especially in San Diego.

In spite of its title, Edvard Grieg’s “Andante con moto” displayed little sense of motion or direction. According to The New Grove, this piece is the second movement of a Piano Trio Grieg never completed, and it’s not difficult to imagine why he left this odd, meandering piece orphaned. Violinist David Buckley, cellist Joanna Morrison-Pernela, and pianist Dana Burnett gave a respectable account of Grieg’s overly modest attempt at this traditional genre of chamber music.

But the remainder of the concert seemed decorative rather than substantive: a couple of pieces from Grieg’s popular Peer Gynt Suite, a naïve folksong arrangement by Eivind Groven, and Ole Bull’s “Saeterjentens Søndag,” a miniature tone poem for instrumental septet. In the mid-19th century, Ole Bull was a famous violin virtuoso, lauded both in Europe and North America. If you have never encountered a composition by Bull, a likely situation, you have missed very little.

For a program devoted to Scandinavian composers, I was surprised that not a single Swedish composer was included. May I suggest to Camarada’s Artistic and Executive Director Beth Ross Buckley some significant Swedish composers of chamber music to consult for future programs: Johan Helmich Roman, a contemporary of J. S. Bach wrote numerous trio sonatas, and, although the mid-19th century Franz Berwald was primarily an opera composer, he also wrote chamber music. At the turn of the last century, both Wilhelm Stenhammar and Hugo Alfvén contributed significantly to European music in sophisticated, late Romantic modes.

This concert was presented by Camarada at the Mingei International Museum in Balboa Park on Sunday, January 24, 2016. The ensemble’s next performance will be given at the Oceaside Museum of Art on February 23, 2016.