Although no two musicologists will define flamenco the exactly same way, most agree that Arabic, Jewish, Roma, and perhaps even Flemish and Indian musical traditions mingled in southern Spain to produce what is called flamenco. 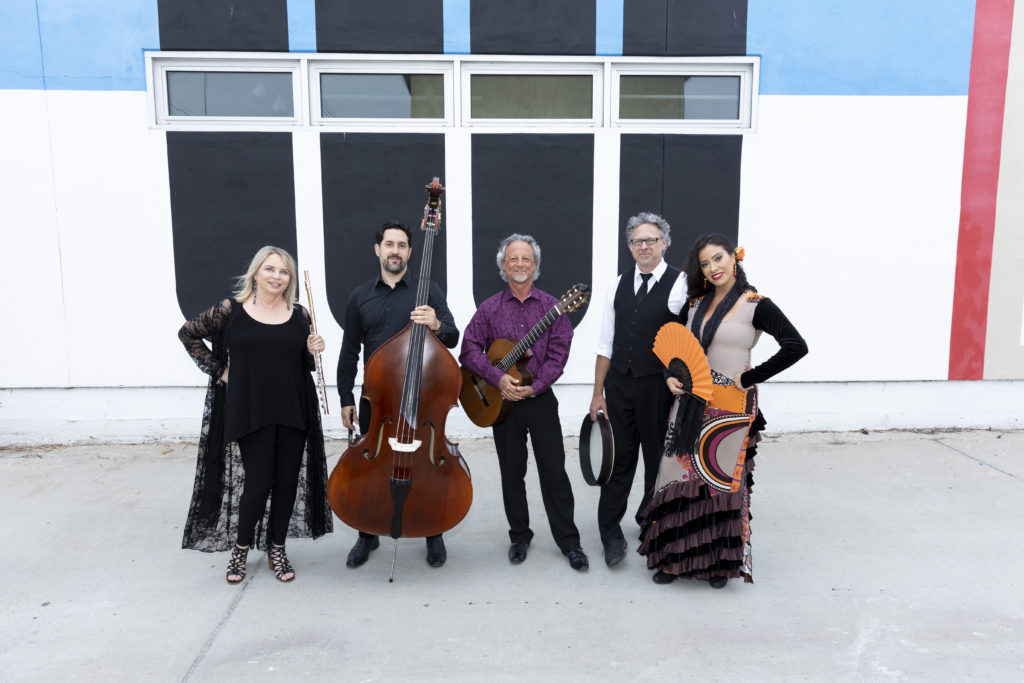 Guitarist Fred Benedetti and dancer Gloria Lanuza, assisted by percussionist Matt Armstrong, gave a quintessential flamenco performance of Augustín Sabicas’ “Bulieras,” a vibrant guitar solo with Lanuza’s fiercely determined strutting in front of the guitar while Armstrong cued the audience in traditional rhythmic muted hand-claps. When Sabicas, a Spanish guitar virtuoso of Romani heritage, left Franco’s Spain in 1936, he was joined in his Mexico City exile by the dancer Carmen Amaya, with whom he frequently toured in concert.

In the late 19th Century, both through performance and composition Spain’s Francisco Tárrega elevated the classical guitar to a status we now take for granted in western musical tradition. The style of “Capricho Arabe,” one of Tárrega’s most celebrated guitar solos, pays tribute to the Moorish influence on Spain’s music, and Benedetti’s masterful account gave the work its due. Long a staple of his solo repertory, his nuanced phrasing of “Capricho Arabe” suggested an inspired improvisation, which it most likely was before the composer notated it.

Andrés Martín, who appears to be Camarada’s unofficial composer in residence, contributed his Suite para Contrabajo y Guitarra Flamenca, a three-movement opus in which the Argentine composer salutes flamenco style. Since the contrabass is Martín’s instrument, we were not surprised that after the first movement’s modest solo guitar introduction, the contrabass enters with sweeping themes in the instrument’s highest register that quickly evolve into a wide-ranging melismatic lament. In “Canción,” the second movement, the guitar provides a reflective moment in the contrasting major mode and adds a delicate descant to the luxurious cantilena played by the contrabass in its glowing, lowest range.
Martín adds flute and an unrelenting percussion pulse to the exultant final movement, “Milongitana.” Just two weeks ago, the San Diego Symphony performed Martín’s Double Bass Concerto No. 1, so Señor Martín and the contrabass should be enjoying this time in the limelight.

Even piano students of moderate achievement are probably familiar with Ernesto Lecuona’s “Malagueña,” a flamboyant piano solo the Cuban composer wrote as a movement in his 1927 Suite Andalucia. Cuba proudly claims Lecuona, but his father was Spanish, and “Malagueña” may be described as a spirited fandango from the city of Málaga on Spain’s southern coast. Camarada’s arrangement included all four of this concert’s instrumentalists, with Gloria Lanuza adding vivacious dance to the work that crowned Camarada’s flamenco extravaganza.