Mosaics, Camarada’s chamber concert Sunday at the Mingei Museum, featured both the music and presence of San Francisco-based composer Stefan Cwik. Like his 2010 suite “Eight Miniatures: Homage to Stravinsky,” Cwik’s explanations of the structure and sources of his music proved both concise and accessible. 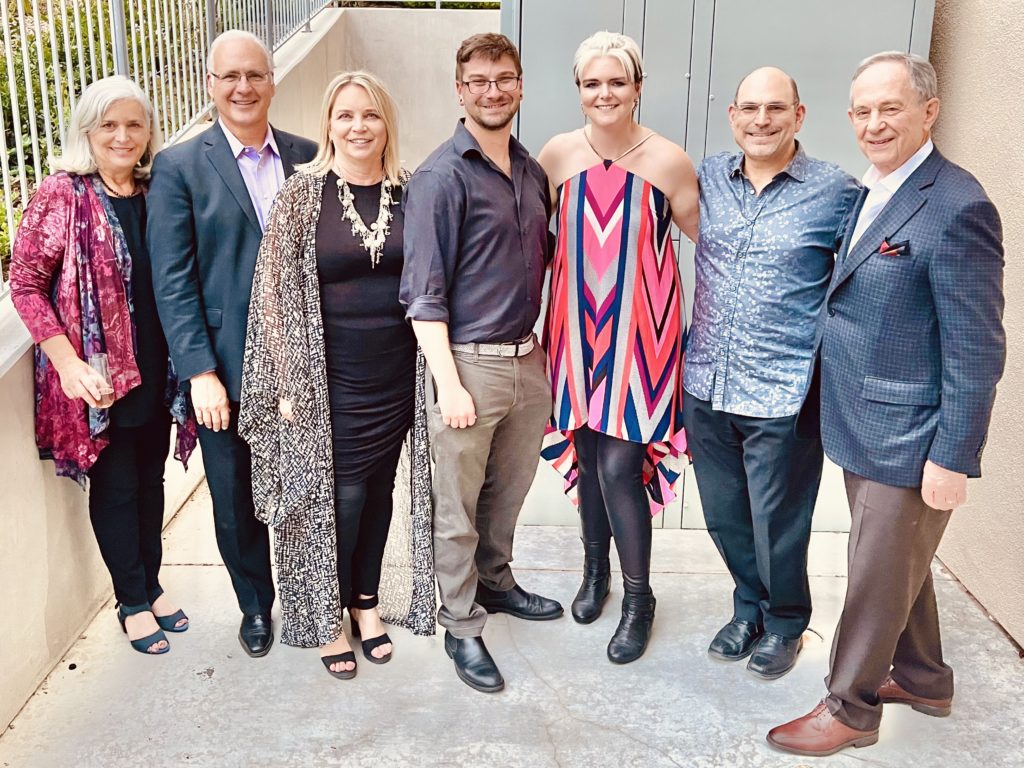 Cwik scored “Eight Miniatures” for flute, bassoon, violin, and piano, taking thematic fragments from Stravinsky’s music, notably his piano piece “The Five Fingers,” and constructed his own suite in a slightly more complex version of Stravinsky’s neoclassical style. I am tempted to call it Neo-neoclassicism.

Cwik also borrowed the structure of Stravinsky’s 1932 “Suite Italienne” for cello and piano, choosing easily recognized titles for each concise movement: march, lullaby, serenata, gigue, dance-finale, etc. At the opening of the Gigue, Beth Ross Buckley supplied compensating sheen to the agitated, angular theme that the other players quickly took over and turned into an amusing romp. In the much calmer Serenata, violinist David Buckley’s sweet solo suggested the melancholic state that Ryan Simmons’ bassoon solo in the Interlude also evoked. The ensemble gave the perky March a brisk reading that sounded like a salute to “A Soldier’s Tale,” Stravinsky’s earliest neoclassical escapade. Dana Burnett provided the piano support in “Eight Miniatures,” although only the exuberant Dance-Finale required her unfailing technical panache.

We also heard two short movements from Cwik’s “The Sword in the Stone” for English Horn and piano, a work based on T. H. White’s classic literary take on the medieval Arthurian legend. Cwik characterizes the wizard Merlyn with mysterious, almost atonal roulades, and follows with another vivacious dance. Andrea Overturf brought an admirable range of colors and consistently adroit phrasing to these two movements.

Although the violin is not typically found in jazz ensembles, David N. Baker’s “Blues (Deliver My Soul)” gives the violin center stage, and David Buckley played a confident, stylish account of this work that switches back and forth from cool jazz to pure gospel without benefit of transitions. Baker was the longtime dean of the jazz program at Indiana University’s prestigious music school, and I imagine this is the sort of music he might have improvised for his own amusement. And Dana Burnett’s robust gospel piano style was the real thing!

Most of us know Jake Heggie as a composer of opera and emotionally riveting art songs, so hearing Beth Ross Buckley open the concert with Heggie’s “Solioquy” for flute and piano opened a new chapter in the composer’s profile. Written as a memorial to the victims of 9/11, the work has an apt austerity, rarely revealing more than two lines of music at a time;  both Buckley and Burnett gave these lines undeniable solemn grace. In the mid-20th century, William Grant Still was known as the dean of African-American composers, and his music is still not granted the hearing it deserves, especially his orchestral scores. But I do not think his Folk Suite No. 3 is one of his stronger contributions to the repertory. Written for flute, oboe, bassoon, and piano, the Folk Suite falls into the musical category Germans call Hausmusik–well-constructed music that musicians play for their own enjoyment, but not sufficiently adventurous for the concert stage.

Beth Ross Buckley, Overturf and Burnett gave a persuasive account of the final movement of  “Trio Pastorale” by Dirk-Michael Kirsch,  a contemporary German oboist and composer. This mellifluous exercise in unabashedly tonal counterpoint could easily have sported the subtitle “Homage to Samuel Barber.”  In a subdued movement from Adrienne Albert’s “Circadia,” Simmons demonstrated that even the bassoon’s lowest rumblings can weave an enchanting spell.

This concert performed by Camarada was presented by the Mingei International Museum in San Diego’s Balboa Park on Sunday, April 10, 2022. Camarada is the museum’s resident ensemble.