Recent news items report that the current resident of the White House is so angered by protest demonstrations in Washington, D.C., that he is seeking means to restrict them and make protestors pay stiff fees for the right to assemble on public land. In Mozart’s era, protest was expressed on the stage rather than on the streets of Vienna, and the Emperor Joseph II had the power to forbid anything he found subversive or unflattering to royalty. 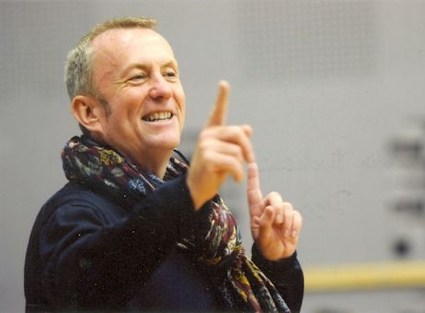 When printed copies of Pierre Beaumarchais’ The Marriage of Figaro, a wildly successful but incendiary play that attacked the nobility, reached Vienna, Joseph II instructed his censor to prevent the play from being staged. But Mozart read the play and immediately decided he could turn it into an opera.

“It was definitely the social and political dimension of this play that attracted Mozart,” noted Stephen Lawless, stage director of San Diego Opera’s season-opening production of Mozart’s beloved opera The Marriage of Figaro. “The fact that it attacked the privilege of the wealthy aristocracy resonated with Mozart’s own experience working for Salzburg’s Prince-Archbishop Colloredo.”

Although Mozart’s politically astute librettist Lorenzo da Ponte excised the play’s speeches that directly attacked the nobility in order to get Mozart’s opera past the Imperial censor, the plot itself gave the servants ample victories over the schemes and privileges of the Count and Countess Almaviva, the noble couple around whom much of the opera’s complex plot revolves. In the opera, Figaro, whose primary occupation we know from the title of Beaumarchais’ previous play The Barber of Seville, works in the service of the Count as his valet and plans to wed Susanna, the Countess’ chambermaid. Although the success of this opera in Vienna won Mozart a commission from Prague for his next opera, Don Giovanni, he did pay a price in the Imperial City for composing and staging The Marriage of Figaro.

“From the lists of subscribers to the concerts that Mozart gave in Vienna before The Marriage of Figaro, we know that his patrons were all members of the aristocracy. But after Figaro was staged in Vienna, these noble supporters disappeared from his lists of subscribers,” explained Lawless.

“I believe that Mozart saw himself in the character of Figaro–the self-made man, the artist smarter than those around him. Like, Figaro he ‘didn’t know his place’ in society, but I also think he was fascinated by the aristocracy.”

Da Ponte designed the first three acts to take place indoors in various rooms of the Almaviva’s country estate outside of Seville. “Inside, the social distinctions prevail,” said Lawless. “The Countess and her maid Susanna are not buddies—as is sometimes portrayed—but individuals linked only by necessity. The Countess needs Susanna’s labor, and Susanna is dependent on the Almaviva’s employ.”

But the opera’s final act is staged outdoors at night in the garden, where the characters mistake one another and begin to make love to the wrong partners. “Outside, in the dark, we are all the same, and the social conventions dissolve. Love and sex are the great levelers,” Lawless added.

In the interview, Lawless casually referred more than once to Mozart’s The Marriage of Figaro as the greatest opera, but when asked specifically if Figaro is Mozart’s best opera, he hedged. “It is possibly the greatest opera, but Don Giovanni and Così fan tutte are equally as good,” he said, putting the two subsequent operas Mozart composed to libretti by Lorenzo da Ponte on the same level as Figaro.

“Why are these three operas great–because none of them ends with an exclamation point, but with a question mark. At the end of The Marriage of Figaro, do we really believe the philandering Count’s confession and plea for forgiveness? In Don Giovanni, after Donna Anna’s nocturnal encounter with Don Giovanni, she coolly puts off her impending wedding with Don Ottavio for a year, but do we really believe she intends to marry Don Ottavio after a year? And in Così fan tutte, how credible are the hasty apologies and words of forgiveness at the end of an entire evening of deception? Mozart wanted his audiences to draw their own conclusions.”

The Marriage of Figaro is typically classified as a comic opera, opera buffa in Italian, but Lawless is not content with that category. “It is not just a comedy, because there are tears behind every smile. Mozart’s opera is a serious drama that  just happens to be funny.”

Lawless is no stranger to San Diego Opera, having directed successful productions of Verdi’s Il trovatore in 2007 and Donizetti’s The Elixir of Love in 2014 for the company. In his native England, he was director of production for the Glyndebourne Touring Opera from 1986 to 1991, where his work included in a production of Benjamin Britten’s Death in Venice, which was subsequently recorded by the BBC for television and video release. He made his debut with the Kirov Opera in Leningrad in 1990, producing Moussorgsky’s iconic Boris Godunov, which was broadcast live on British television, the first-ever live telecast of an opera from the Soviet Union to the U.K.

In 2013, his production of Richard Strauss’ Der Rosenkavalier for Moscow’s Bolshoi Opera reopened that celebrated house after a seven-year hiatus for extensive renovation. “Our crew had the first view of the restored Bolshoi stage, and I will never forget the thrill of watching the ornate curtain go up for the first time on that vast stage,” he said. “The revival of Strauss’ most successful opera at the Bolshoi was quite an event, because it had not been staged there since 1927!”

The curtain will go up on San Diego Opera’s production of The Marriage of Figaro on Saturday, October 20, 2018, at 7:00 p.m. in the San Diego Civic Theatre. Additional performances are October 23, 26, and 28 (matinee), 2018.  San Diego’s cast includes bass-baritone Evan Hughes as Figaro, baritone John Moore as Count Almaviva, soprano Caitlin Lynch as the Countess, soprano Sarah Shafer as Susanna, and mezzo-soprano Emily Fons as Cherubino.  John Nelson will conduct the performances. This production of  The Marriage of Figaro, new to San Diego audiences, is a co-production between San Diego Opera, Lyric Opera of Kansas City, Opera Philadelphia, and Palm Beach Opera.