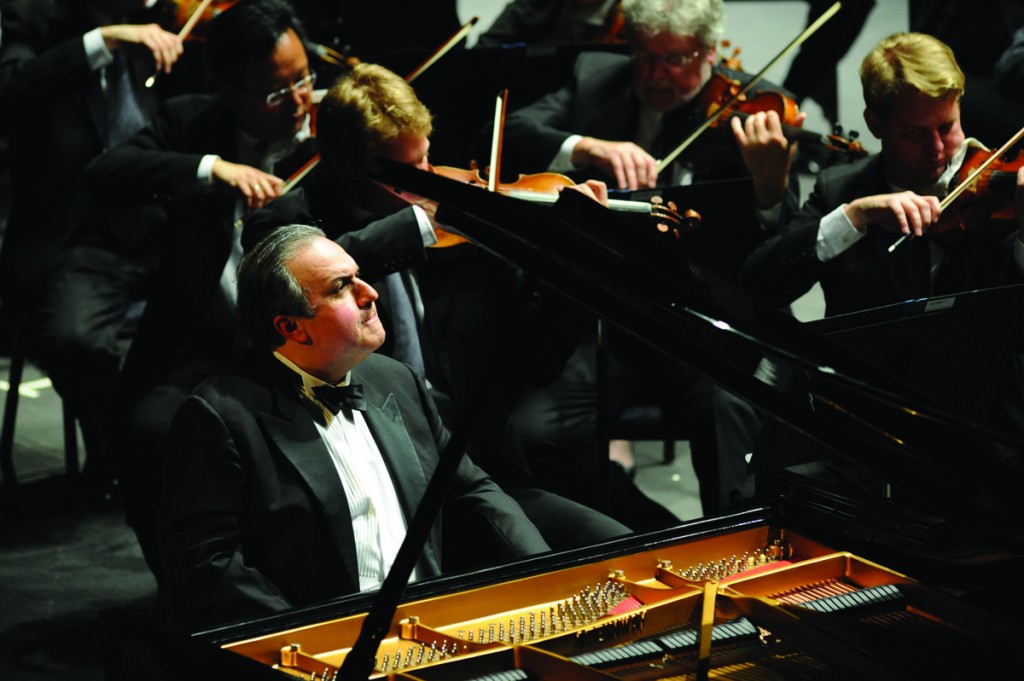 The contrast between the two performances could not have been more extreme or more distressing.

Even on paper, Saturday’s predictable mating of Mozart, Schubert and Schumann paled in comparison to the Bartók and Villa-Lobos rarities offered the previous evening, but that was not the problem. The problem was pianist Yefim Bronfman.

The concert was titled “An Evening with Yefim Bronfman”—and his harsh, joyless playing overpowered the entire program. In the opening Mozart Violin Sonata in E Minor, K. 204, he chose louder dynamic levels than violinist Cho-Liang Lin and used a more assertive articulation. Lin’s approach to phrasing and articulation communicated Mozart loud and clear, but Bronfman appeared to have in mind Brahms or Reger. The performers’ balance in the Tempo di Menuetto improved slightly, but only because Lin moved in Bronfman’s direction.

It is not difficult to hear Beethoven’s influence in Franz Schubert’s late C Minor Piano Sonata, D. 958. But Bronfman made this Schubert sonata sound like his warm-up exercise for Beethoven’s “Hammerklavier” Sonata. Although the performer allowed a few moments of calm to emerge in the second movement, the Adagio, the remainder of the movements roiled in turbulence abetted by his formidable technique. I try to keep an open mind about unusual interpretive approaches to the music of familiar composers, but the pain of listening to Bronfman’s idea of Schubert obliterated the possibility of pleasure.

Robert Schumann’s Quintet for Piano and Strings in E-flat Major, Op. 44, only continued the carnage. I did not detect any dynamic level under mezzo forte, with the piano pushing the strings to compete with its unremitting thunder. Like Cho-Liang Lin in the Mozart Sonata, violinist Paul Huang—who had played so elegantly on the previous night’s concert—attempted to bring the dynamic balance down to a level that would take advantage of the Conrad Prebys Concert Hall’s beautifully clean and intimate acoustics. He lost that battle to Bronfman and the mighty nine-foot Steinway.