In a way, experiencing the storied Academy of St. Martin in the Fields play in the Jacobs Music Center on Friday (March 16) was like encountering a long lost friend. In the distant salad days of classical radio broadcasting, hearing an announcer intone “played by the Academy of St. Martin in the Field under the direction of Sir Neville Marriner” seemed as ubiquitous as the station identification. 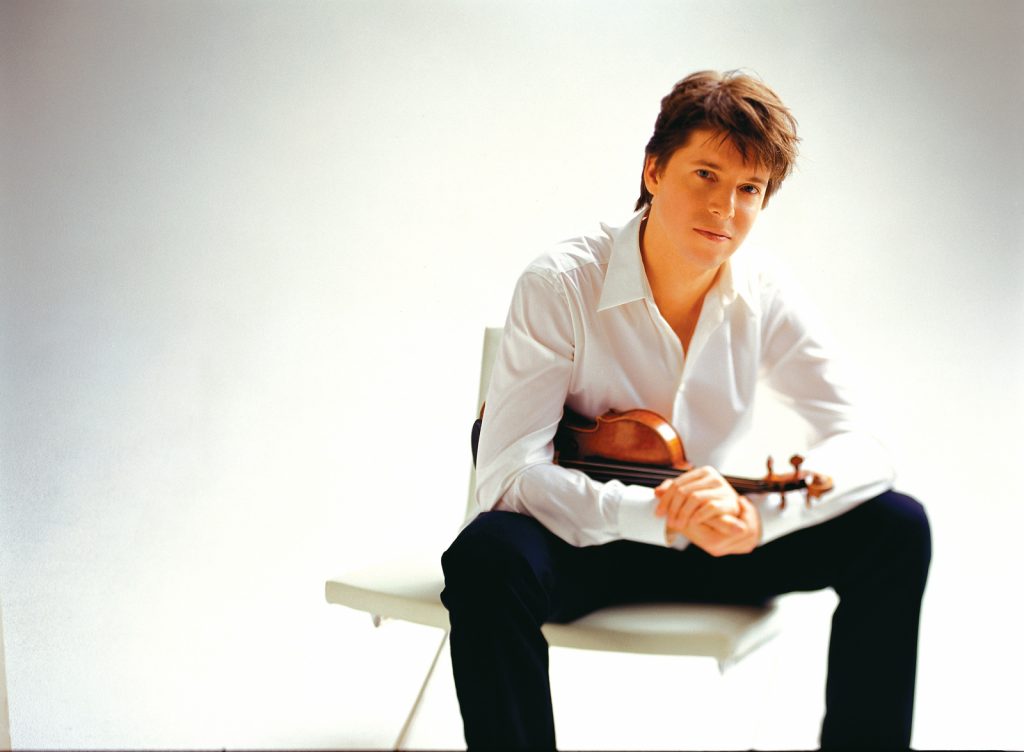 With a catalogue of some 500 recordings, this chamber orchestra covered the waterfront with fresh, vibrant accounts of a wide range of western music. When Marriner retired—at age 87—in 2011, the famous American violin virtuoso Joshua Bell succeeded him, and Bell provided the center of Friday’s concert. He starred in Henryk Weiniawski’s Second Violin Concerto in D Minor and led the ensemble as Concertmaster in Mendelssohn’s Overture to A Midsummer Night’s Dream and Beethoven’s Sixth Symphony.

I am happy to report that the orchestra’s signature élan—its immaculate precision, tight ensemble, and ingratiating sonority—remains firmly in place under Bell, a condition that was immediately communicated by orchestra’s sparkling, elegantly detailed account of the familiar Mendelssohn Overture.

As Bell sprinted with Olympic prowess through the Wieniawski Concerto’s unrelenting virtuoso challenges, his lithe, silvery timbre floating with ease over the busy orchestra, the pleasure of his artistry was compromised only by the modest dimensions of the concerto itself. Once a popular virtuoso vehicle, this Weiniawski Concerto has settled into the “also-ran” niche of Romantic violin concertos. A violin prodigy, Weiniawski certainly knew how to write for his instrument, yet he lacked the inspiration of a Mendelssohn or Brahms, who had something profound to say in addition to bravura display.

As a vehicle to parade the orchestra’s virtues, Beethoven’s Sixth Symphony, the Pastoral, proved an excellent choice, from the voluptuous full orchestral sonority of the opening movement, to the plethora of charming woodwind solos in the inner movements that simulated the song of nature’s more musically inclined creatures. One of the reasons this orchestra of some forty players can make the brilliant forte associated with much larger concert orchestras is its ensemble precision: all of their overtones align perfectly, reinforcing and strengthening the dynamic impact, a telling factor in the ensemble’s thrilling recreation of Beethoven’s unequaled “Thunderstorm” fifth movement. Equally notable was the consistent, refined blend of the Academy’s horn section at every dynamic level.

Bell’s conducting from the Concertmaster’s desk was minimal, as expected. With the exception of the opening measures of the Mendelssohn Overture, he did get everyone started and stopped with complete accuracy.

While the performance level of the Academy of St. Martin in the Fields under Bell was admirable in every way, I found the programming timid. Has no British composer in the last 100 years written anything worthwhile to take on a global tour?